“BS10 Star Channel” (Star Channel Co., Ltd.: Minato-ku, Tokyo) is the only movie program in Japan called “Nasuru-Korean Movie Tipsy Talk”, which is a combination of sake, Korean movies, K-POP idols, and local production. One episode each month will be exclusively distributed and broadcast in Japan.
“Nassur” means “to drink from daytime”. With Korean movies as “side dishes to drink”, gorgeous K-POP idols who are also popular in Japan, and experts such as filmmakers and film critics will have fun movie talks every month in a tipsy mood. Each episode will feature movies that were released in Japan for the first time by Star Channel in November and December. Since it has not been published in Japan so far, there is almost no information in Japanese even if you search on the net. I have a lot to say about these works.
Momoka from Pink Fantasy, Rhea from SECRET NUMBER, Kim Jonghyun (JR) from NU’EST, Gyuri from KARA, and Yoon Jisung from Wanna One, who appear in the program, will all perform new songs in their home countries from the end of October to the beginning of December. They are developing activities and are attracting attention among Japanese K-POP fans. “We didn’t gather to drink alcohol this time…” (Gyuri), “I almost lost sight of the purpose of the program because of the alcohol” (Director Jang Chul Soo) Program recording that challenged while maintaining.
The charm of Korean movies, K-POP, and the connection between alcohol. Be sure to pay attention to the 45-minute talk program “Nasseol ~Korean Movie Tipsy Talk~”!
● Distribution channel: https://www.amazon.co.jp/channels/starch ● Broadcast channel: https://www.star-ch.jp
≪Japan Exclusive Distribution & Broadcast≫ “Nassle ~Korean Movie Tipsy Talk~” [Distribution] Distribution starts on Prime Video channel “Star Channel EX” from December 22nd! *New episodes delivered once a month [Broadcasting] TV broadcasting will start on BS10 Star Channel from January 2023 *One new episode will be broadcast each month
[Performers] MC: Yun Jisung from Wanna One Sub MC: Pink Fantasy Momoka KARA Gyuri, SECRET NUMBER Rare, NU’EST former member Kim Jonghyun (JR) [Cinematographer] Commentary: Jang Cheol-su (“Secret Mission” “Serve for Love” Film Director)
1st “Extraterritoriality” (2015)
[Image 2

(C)2015. Stom Entertainment all rights
Korean cult church. Two big problem children with the biggest tag of the Korean police rush into an organization that is in a state of “extraterritorial rights” due to collusion with politics! Exciting buddy movie!
2nd “Autumn Post Office” (2017)
[Image 3

(C) 2015. SYCOMAD all rights reserved.
Starring BoA, who reigns at the top of K-POP. The unpredictable ending of her love affair with her distant relative, a younger boy, in a beautiful country town!
3rd “Hana no Te” (2018)
[Image 4

[BS10 Star Channel] A premium channel with 3 BS channels that delivers the first TV broadcast of Hollywood blockbusters and the latest hottest overseas dramas with exclusive fastest broadcasts. From the latest movies to mega hits, timeless masterpieces, and topical overseas dramas, including Japan’s only 24-hour dubbed channel. Broadcast with a full line-up. https://www.star-ch.jp
[Star Channel EX -DRAMA & CLASSICS-] Star Channel distribution service where you can watch the latest hot foreign dramas and exclusive good movies that Star Channel is broadcasting exclusively in Japan on the Amazon Prime Video channel. https://www.amazon.co.jp/channels/starch * Amazon and Amazon Prime Video are trademarks of Amazon.com, Inc. or its affiliates.
Details about this release:
https://prtimes.jp/main/html/rd/p/000000781.000008010.html 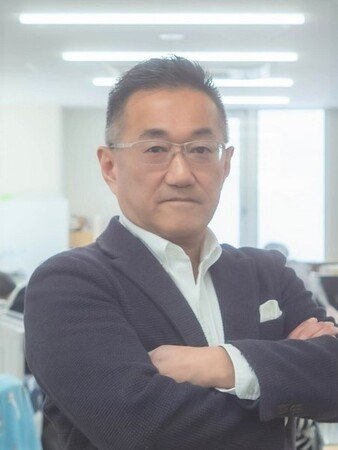