Takeshobo Co., Ltd.
11/15 is “Kimono Day”! BC DEEP serialization “Recommended kimono” released! ! Commemorative delivery and e-book campaign will be held at the same time! !
Takeshobo Co., Ltd. (Headquarters: Chiyoda-ku, Tokyo, President: Akinobu Goto) has released a new original manga by Kuko Okano every month, Mecha Comic x Takeshobo Label BC DEEP. It was released on “Kimono Day” on November 15th.
Kimono Day was established in 1966. November of the lunar calendar is the month to appreciate the harvest after the harvest, and since the 15th, which is the full moon, is a lucky day, it is said that the origin of the festival was to wear a kimono and celebrate the Shichi-Go-San festival as a way of thanking the tutelary deities. I’m here.
This book is a collection of short stories about the etiquette and enjoyment of wearing a kimono, including the author’s own personal experience, which professes that he likes kimono too much. Carefully explain the rules of kimono, such as how to choose patterns, colors, accessories, and prices, with a story. In addition, through the characters, we will approach the charm of kimono full of “excitement” through various ways of dressing, such as the appearance that has been arranged from the old-fashioned traditional style to the modern style. In addition, an e-book campaign will be held at the same time as the release! Up to 3 episodes of “Push Kimono [Short Story]” will be free, and BC DEEP serial works will be discounted for free or half price. Please enjoy this opportunity!

Title: Oshikimono
Author: Kuko Okano
List price: 1,100 yen + tax
ISBN: 978-4-8019-3336-1
Release date: Tuesday, November 15, 2022
Serialization: BC DEEP
Takeshobo special site: https://takeshobo.co.jp/sp/bamboocomicdeep/ Mecha Comic Special Site: https://mechacomic.jp/books/148665 -Synopsis-
Since her friends laughed at her kimono, Kanoko Oshima, an office worker, only chooses safe clothes. Her only pleasure is meeting her favorite boy in kimono who she rides with on the train every week. I was just quietly admiring it, but one day I was suddenly called out and I was hooked on the swamp of “push” and “kimono”…! ?
Kuko Okano’s latest works from the much-talked-about “Lolita rice” and “Kimono-chan and Lolita-chan”! An omnibus story that connects “push” and “kimono”!
About Takeshobo Co., Ltd.
https://www.takeshobo.co.jp/
Established in 1972. A publisher that handles mahjong manga magazine “Modern Mahjong”, specialized magazines such as four-panel comics, books, comics, photo collections, DVDs, etc.
Details about this release:
https://prtimes.jp/main/html/rd/p/000000003.000109856.html 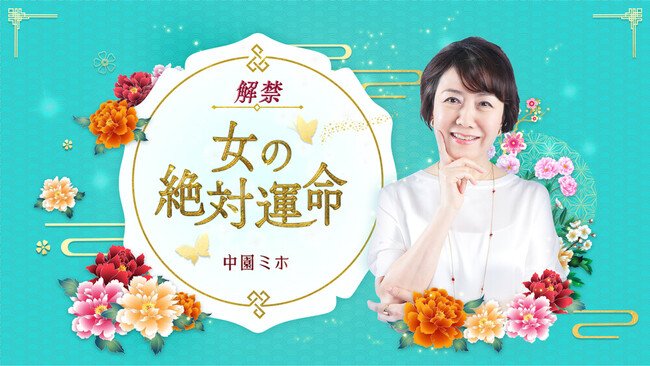 12 Oct 22 rehow
CAM Co., Ltd. What is your future life? Announcement of the renewal of the fortune-telling…
Uncategorized
0