Takeshobo Co., Ltd. (Headquarters: Chiyoda-ku, Tokyo, President: Akinobu Goto) publishes 11 national newspapers (Hokkaido Shimbun, Kahoku Shimpo, Niigata Daily, Tokyo Shimbun, Chunichi Shimbun, Kobe Shimbun, Chugoku Shimbun, Tokushima Shimbun).・Ehime Shimbun, Nishinippon Shimbun, Minaminippon Shimbun) Volume 8 of the 4-panel manga “Hey, Piyo-chan (by Takako Aonuma)” serialized in Ehime Shimbun, Nishinippon Shimbun, Minaminippon Shimbun) ・Bookstore commemorating the achievement of 2,000 times in the newspaper series ・Gift campaign on Twitter It will be held.
“Hey, Piyo-chan” is a heart-warming comedy manga depicting the daily lives of family and friends, centering on “Piyo-chan”, a third-year elementary school student, and “Matayoshi”, his partner’s pet cat who understands human language. Based on the idea of ​​“a manga that allows you to start the day with a happy feeling,” serialization began on April 1, 2017. On November 26, 2022, after about 5 and a half years of serialization, we will reach 2,000 times and release the latest volume 8.
In addition, we plan to hold an original postcard and bookmark gift at the bookstore, and a retweet campaign to win a Quo card on Twitter. Thank you for your continued support of “Hey, Piyo-chan”.
Postcard gift campaign overview
At the target store, you will receive one “original postcard” for each volume you purchase from “Hey, Piyo-chan” volumes 1 to 8! In addition, we will distribute “original special bookmark” for free. Please check the campaign period and target stores from the link below.
https://takeshobo.co.jp/sp/piyochan_2000/
original postcard
[Image 2 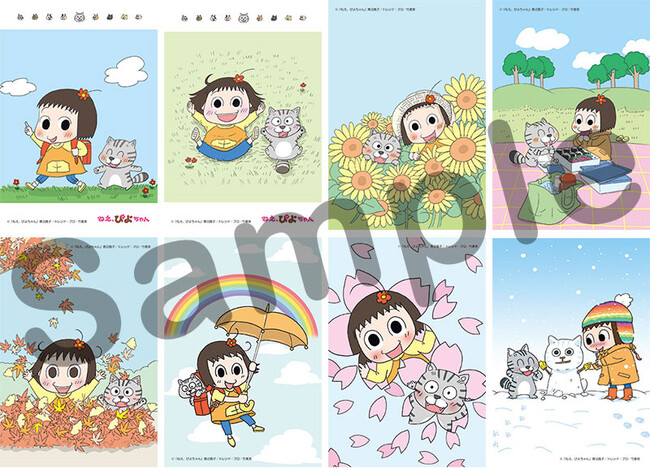 * The benefits will end as soon as they run out.
*Please contact the store directly as the distribution time and method differ depending on the store.
* The availability of fair products varies depending on the store. Retweet campaign overview
For those who have retweeted the specified tweet from the account below, 100 people will be presented with an original design Quo card worth 500 yen by lottery.
Takeshobo Official Account: https://twitter.com/takeshobopr
Period: November 26, 2022 (Sat) 15:00 to December 3, 2022 (Sat) 23:59 [Image 4 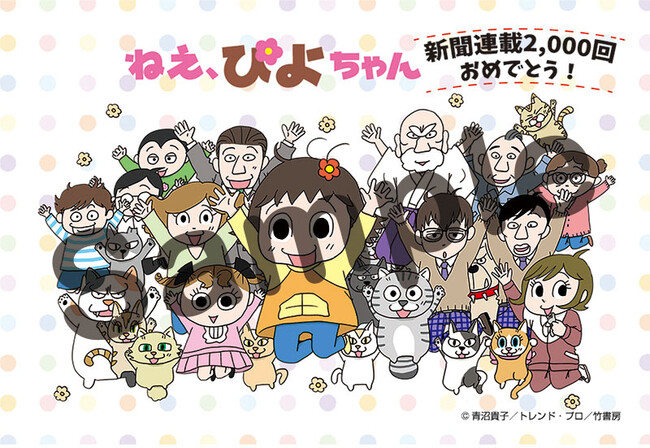 *Design is subject to change without notice.
Outline of work
[Image 5 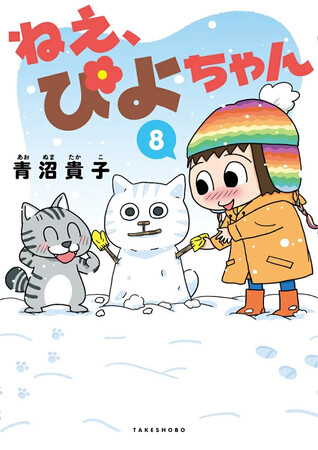 Title: Hey, Piyo-chan 8
Author: Takako Aonuma
List price: 1,386 yen (tax included)
ISBN: 978-4-8019-3346-0
Release date: Saturday, November 26, 2022
Official website: https://www.ne-piyo.jp/
-Synopsis-
Piyo-chan, who is always energetic, lives with her parents, an older brother who is in the second year of junior high school, and a cat, Matayoshi. Matayoshi has been a great friend since Piyo-chan was born. He is very smart and understands human language.
The duo of Piyo-chan and Matayoshi, along with various characters such as kind parents, a slightly rebellious older brother, and unique classmates, create a warm and fun riot.
Volumes 1 to 7 are now on sale!
About Takeshobo Co., Ltd.
Established in 1972. It is a publisher that handles mahjong comic magazine “Modern Mahjong”, specialized magazines such as four-panel comics, books, comics, photo collections, DVDs, etc.
Details about this release:
https://prtimes.jp/main/html/rd/p/000000004.000109856.html