Okuibuki Tourism Co., Ltd.
The amount of investment for this winter is [total 300 million yen]! “Gransnow Okuibuki” will open on Saturday, December 17th, with various attractions such as “installation of automatic ticket gates introduced for the first time in Asia” and “large restaurant renovation for the first time in 40 years”!

[The investment amount for this winter is [total amount of 300 million yen]! “GranSnow Okuibuki” will open on Saturday, December 17th, with various attractions such as “Installation of automatic ticket gates introduced for the first time in Asia” and “Large restaurant renovation for the first time in 40 years”! ]
GranSnow Okuibuki (former name: Okuibuki Ski Resort)
(https://www.okuibuki.co.jp/) in Maibara City, Shiga Prefecture, which is one of the largest ski resorts in the Kansai region, will open on December 17, 2023. Scheduled for Saturday. (If it snows early, we will move forward and open early.)
This season, we will install an “automatic ticket gate” (mobile flow compatible flex gate), which will be the “first introduction in Asia” at a cost of “55 million yen”, and a restaurant that will be opened for the first time in 40 years at a cost of “170 million yen”. We are preparing to accept customers in the winter season by making a capital investment of “total 300 million yen”, such as conducting a major renewal of “Gourmet of the world and Japan” and opening a delicious and attractive restaurant.
[Image 4

[Introduced 18 “automatic ticket gates” for the first time in Asia! “Flex Gate for Mobile Flow”! ]
For the first time in Asia, we introduced the latest model “Flex Gate for Mobile Flow” manufactured by “SKI DATA”, which boasts the “world’s top share” of access control systems. We spent 55 million yen to replace all 18 existing gates at this ski resort and update them to the latest automatic ticket gates. It is a model of sustainable equipment with a sophisticated new design and low power consumption, which will lead to “improved processing speed and communication status and smoother gate passage”. In the future, we will develop an application, etc., and “wirelessly connect the IC gate and smartphone with Bluetooth” so that smartphones can be used as lift tickets as they are from next season.
[Image 7

[Large renewal of the restaurant for the first time in 40 years! Opened the latest restaurant “Food Park Piste” where you can taste 40 kinds of “world and Japanese gourmet”! ]
“Food Park Piste”, which will be renovated as a new restaurant at a cost of “170 million yen”, is designed with the image of skiers and snowboarders in their 20s and 30s who “want to get on the slopes immediately and be active”. We have created a special space that looks great on SNS and photos with a design that combines coolness and cutting edge, which is not found in ski resorts.
The menu offers “about 40 delicious and attractive food menus” that collect “world and Japanese gourmet”. We will also develop a new “reward menu” using Omi beef, one of Japan’s three major wagyu beef, and richly serving ingredients such as meat and shrimp. In addition, you can enjoy a panoramic view of the slopes from the open terrace. [Image 14

https://www.okuibuki.co.jp/gelande/kids/) at the bottom of the slopes, you can enjoy “sledding, playing in the snow, We will secure the amount of snow in the vast park where you can play in the mountains, and create a “kids park environment where you can play all day long” whenever families with small children come to play. [Image 16

[Overview of GranSnow Okuibuki]
Located in the northern part of Shiga Prefecture, this ski resort boasts one of the largest scales and snowfalls in the Kansai region. Known for its good access from the Keihanshin and Chukyo areas and its high altitude and good snow quality, it has a total of 12 courses that take advantage of the natural topography. gather visitors. Leveraging its strengths as a self-managed ski resort, it operates all facilities related to ski resorts (cableway facilities, restaurants, rentals, schools, etc.). In addition, in recent years, the ski resort is facing a ski recession due to the construction of Japan’s fastest high-speed lift, the creation of a new course (maximum gradient of 46 degrees), the introduction of artificial snow machines, and the introduction of an automatic ticket gate system (ACS). In order to break through the current state of the industry and lead to further development, we are actively investing in equipment that incorporates advanced technology. 【Equipment outline】
Facility name: Gransnow Okuibuki (former name: Okuibuki Ski Resort) Operating company: Okuibuki Kanko Co., Ltd.
Address: Okuibuki Kozuhara, Maibara City, Shiga Prefecture
Telephone 0749-59-0322
【Official site】
GranSnow Okuibuki Official: https://www.okuibuki.co.jp/ 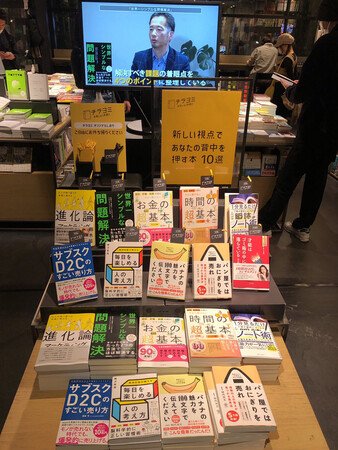