U-NEXT Co., Ltd.
The stage “Spirited Away” starring Kanna Hashimoto & Mone
Kamishiraishi as a double cast will be pre-delivered on U-NEXT as a new version supervised by John Caird!

In 2022, the 90th anniversary of Toho’s founding, the curtain will open on February 28th at the Imperial Theater, Osaka’s Umeda Arts Theater Main Hall in April, Fukuoka’s Hakataza in May, Hokkaido’s Sapporo Cultural Arts Theater hitaru in June, 6th. In May and July, tickets were sold out on the same day for a total of 102 performances at the five major theaters in Nagoya and the Misonoza Theater. “Spirited Away” (Original: Hayao Miyazaki, Director: John Caird, Producer: Toho) left a mark in history.
This time, the new version supervised by John Caird and Maoko Imai, who worked on the adaptation and direction, is based on footage of the Imperial Theater performance shot with 17 cameras. The Teigeki performance starring Kanna Hashimoto will be a complete first delivery, and the Teigeki performance starring Mone Kamishiraishi will be the first delivery of a re-edited version of the version delivered in July.
Director Hayao Miyazaki’s timeless masterpiece “Spirited Away” became an explosive hit after its release in 2001, and in 2003 won the Academy Award for Best Animated Feature Film. In 2019, 18 years after its release in Japan, it was released for the first time in China and became a big topic, and its magnificent and original world view has continued to be loved not only in Japan but all over the world. For the stage adaptation of the world premiere, he was responsible for the adaptation and direction of the original version of the musical monument “Les Miserables”, as well as “Knight’s Tale” and “Daddy Long Legs”. Honorary Associate Director of the British Royal Shakespeare Company, John Caird, who has created masterpieces that have gone down in theater history.
The lead role, Chihiro, will be played by Kanna Hashimoto, who is both popular and talented, and will be making her first stage appearance this time, and Mone Kamishiraishi, who has expanded her career as a voice actor and singer in addition to drama and stage performances. This story begins when a young girl named Chihiro wanders into the world of Yaoyorozu gods through a tunnel on her way to her new home. The highlight is the appearance of Chihiro who struggles while awakening her power to live through various encounters in order to return to the human world.
For this distribution, we received comments from Kanna Hashimoto and Mone Kamishiraishi, who played Chihiro.
《Comment from Kanna Hashimoto》
This work, which was the first stage for me, brought me many assets and emotions as an actor.
Under John’s direction, the days I spent with the charming oil shop mates were, even now, glorious and lively, just like being spirited away.
This time, a video work edited by John and Maoko of the stage “Spirited Away” will be distributed.
I hope that both those who came to see it and those who couldn’t come to see it will be able to see it with the intention of visiting the oil shop.
All the bathhouses welcome the 8 million gods called customers! 《Comment from Mone Kamishiraishi》
When I think of the time I spent with this stage, my heart still fills with love.
Even though I was a performer, I always thought, “I’m not good enough!” I am happy that you can enjoy the work from a new perspective under the editing by John and Maoko.
The world of Ghibli created by real people on stage.
By all means, please get lost with Chihiro as many times as you like. U-NEXT will start pre-rental distribution of this work from November 16, 2022 (Wednesday). Please enjoy the characters and famous scenes of “Spirited Away” that are expressed on the stage at U-NEXT.
[Image 2 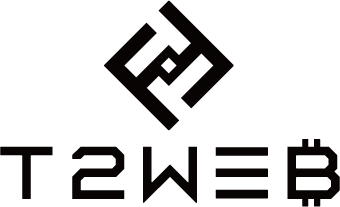