Suntory Co., Ltd., commemorating the release of Japan’s first * 1 free beer “Beer Ball” made with carbonated water to the general public, released a new WEB video “Beer Ballers Large Gathering” featuring 6 popular TikTok creators on November 15th. It will be released from Tuesday (Tuesday). In addition, the Suntory official TikTok account will also show how to enjoy each “beer ball” from the beer bowlers. TikTok for Business supports the use of extremely popular TikTok creators who demonstrate their individuality in various genres such as gourmet, sports, comedy, and music.
[Image 1

“Beer ball” is an era where diversity is respected and “you” are recognized as the social environment and lifestyle change. From the thought, it was born as Japan’s first * 1 free beer made with carbonated water.
“Beer balls”, which are made on the premise of being diluted with carbonated water, have a moderate barley taste, while achieving a gorgeous aroma and refreshing taste due to 100% aroma hops.
Suntory aims to revitalize the beer market and create a new liquor culture that excites customers by proposing “new taste and fun of beer” through “beer balls”.
* 1 Japan’s first beer that appeals to be diluted with carbonated water (From a survey by Suntory Co., Ltd. using Mintel GNPD: May 2022) [Image 2

With the general sale of “Beer Ball” starting on November 15 (Tuesday), the new WEB video “Beer Ballers Large Gathering” released on the same day will include the popular TikTok creator 6 who has been appointed as a beer ball ambassador. use the name.
Former Japanese handball team member Remi-tan, food terrorism video creator Bayashi, Harajuku-based TikTok creator Shinako, Norwegian comedian-based TikTok creator Mr. Yabatan, singer and actor Kana Kana, familiar with “Ahahaan!” Popular creators with a total of about 52 million followers*2 called Minati Noseki (everyday life of the Mazda family) will appear.
*2 Total as of October 25, 2022
■ WEB video content
In this web video, popular TikTok creators “Remitan”, “Bayashi”, “Shinako”, “Mr. Yabatan”, “Nakanekana”, ” Seki Minati (everyday life of the Mazda family)” appeared.
A large number of flashy TikTok creators gathered at Neo Izakaya, ordering a beer “beer ball” made with carbonated water that has never been seen before, and showing how they enjoy it in their own way. All the performers are having fun, and you can enjoy the web video that shines with each individuality.
[Image 3

Comment from Mr. Akihiro Miyata, Advertising Department, Suntory Limited: While the beer market has been shrinking for 17 years, our strong desire to “create the future alcoholic beverage market and future drinkers” is a product called “Beer Ball” that will be released in November this year. We would like to create a “world of alcoholic beverages” that excites customers by proposing “a new taste and fun of beer” to the world through “beer balls”. In order to realize this, we believe that it is necessary to evolve not only “products” but also “communication” according to the times, and a new attempt using “TikTok”, a place where culture is generated. challenged. When targeting the MZ generation, which is the target this time, what I was conscious of was not “what to tell” but “how to tell”.
I think that it is a video content that is highly popular and well-known among TikTok users, and uses “topical creators”, and uses visual ingenuity that makes you want to see it.
We would like to take the first step towards creating a new beer culture with this TikTok project and create a big wave in the world. ■Introduction of TikTok’s popular creator corps “Beer Bowlers” Remitan
https://www.tiktok.com/@anriremi
[Image 5

·profile
Professional handball player.
He was captain of the Japanese national team at the Tokyo Olympics. Currently, he plays for “Siegster Tokyo”, which is a member of the Japan Handball League (JHL).
On TikTok, he works under the nickname “Remitan” and is also active as a TikTok creator.
·comment
I am very happy to have created a new work through products with famous TikTok creators. Everyone, please enjoy “Beer Ball”!
Bayashi
https://www.tiktok.com/@bayashi.tiktok
[Image 6

·profile
35 million TikTok followers, rice terrorism video creator. The fast-paced and surprising cooking scene and the appearance of eating deliciously evokes sympathy, and the popularity spreads not only in Japan but all over the world and attracts attention.
·comment
A beer ball that you can make yourself with your favorite way of drinking! It’s a novel liquor that’s fun to make! It has become the content that can deliver the deliciousness of the beer ball! I demonstrated how to make it in the commercial, so please take a look! Shinako
https://www.tiktok.com/@ssshinako
[Image 7

·profile
A Harajuku-style video creator who creates sweets that go viral one after another!
The eccentric and humorous sweets created in the video are a hot topic. He is also active as a sweets producer who creates sweets that go viral at stores in Harajuku.
·comment
The shoot lasted for 15 hours, and it was my first time shooting for such a long time because of work, so I was exhausted at the end and got through it. LOL Because it was so long, I think I was able to open up to everyone and create a more natural look. I want to get together again someday and have a toast with a beer ball!
Nakane Kana
https://www.tiktok.com/@nknknk1206
[Image 8

·profile
From 2020, I started posting videos with Yudetamago Yasui, a guitarist. In May 2021, when I posted “Mote Sugi, Kusa, Inviting Forest”, it was viewed about 7 million times in a month after its release, and about 100,000 user videos were viewed more than 250 million times. With the same song, they will make their major debut from Warner Music in July. After that, we will continue to release unique and attractive songs such as “AWA”, “Business Partner”, and “Happy Birthday”, and at the end of 2021, we will hold the “TikTok Buzzword Award 2021”, which will be TikTok’s annual number one. Awarded. In early 2023, she will appear in the Broadway musical “Dreamgirls”.
·comment
It was my first commercial shoot in my life, but the beer balls and tons of snacks in front of me were kept in my hand all the time, which was the hardest part. How many times have you thought about starting a drinking party from the moment you arrived?
After I got permission to drink, it was grass that only Remi and I drank for the rest of our lives.
I love alcohol so much that I even wrote songs about alcohol, and I was very impressed by the idea and taste of beer balls! ! I will continue to drink as a beer bowler! ! Beerball is the best!
Mr. Yabatan
https://www.tiktok.com/@mr_yabatan
[Image 9

·profile
Comedian/video creator, Norwegian living in Japan. Interesting Japanese videos posted on TikTok are buzzing all over the world and attracting attention. With more than 3 million followers on social media, he has expanded his activities to TV.
·comment
It was rare to work with so many top Japanese creators at once, and it was a very exciting experience! This new product beer ball can be drunk according to your mood, personality, and taste, and I’m sure everyone can find their favorite way to drink it!
Minati Seki (Daily life of the Mazda family)
https://www.tiktok.com/@matsudake
[Image 10

·profile
“Mazda family’s daily life” is a popular TikTok creator group that is attracting attention from around the world, with videos that have been played over 10 million times in a row, and ranked 5th in the world in terms of the number of views in October 2021!
·comment
The first time I drank a mixture of beer balls and carbonic acid, it was so delicious that Sagrada Familia came to my mind! Too delicious eheheheHeeen! I cried. Everyone, please try to drink a beer ball and open a Pandora’s box of “diluting beer with carbonation to your desired strength”! !
■ WEB video overview
Title: Suntory Beer Ball “Large Gathering” (30 seconds)
Release date: Tuesday, November 15, 2022
Website: https://www.suntory.co.jp/beer/beerball/
Video URL: https://www.youtube.com/watch?v=gkgOYxt2lgg
■ TikTok “Beer Ball” account details
Account URL: https://www.tiktok.com/@beerball_suntory
-About TikTok for Business-
TikTok for Business is a platform that realizes marketing solutions. By naturally connecting companies/brands with audiences who are looking for new interests and concerns, we have achieved communication that transcends the traditional framework of advertising. From awareness expansion to customer acquisition, we will help you solve business problems in various funnels. 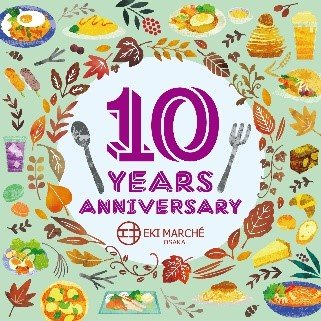