Tokyo News Service Co., Ltd., which publishes magazines such as “TV Guide” and “TV Bros.”, posted a story-telling video of “Momotaro goes to an esthetic salon” (illustration: Keiko Satsukime, work: Toru Hosokawa) on YouTube’s TV Bros. It will be released for free on the official channel from 17:00 on November 30 (Wednesday).
[Image 1

This time, the one who was in charge of the storytelling was Ken Matsudaira, a super big actor.
“Even Momotaro must have wanted to do something other than exterminate demons…” From the 11 stories of “New Momotaro” born from delusions, read aloud the title work “Momotaro goes to the beauty salon”. Momotaro is treated at a beauty salon run by a dog, a monkey, and a pheasant, and becomes beautiful.
This project is “Meiji-za 150th anniversary pre-month festival” Great reversal! @Meijiza) was realized because Toru Hosokawa was in charge of the script and direction.
[Image 2

◆ Ken Matsudaira Profile
Born November 28, 1953. Born in Aichi Prefecture. Debuted in 1975. From 1978, he played the leading role, Yoshimune Tokugawa, in “Abarenbo Shogun” and established his position as a period drama star. In addition, stage performances of various genres from period dramas to musicals such as “Yojimbo” and “The King and I” will be performed. In 2004, his flashy performance of “Matsuken Samba II” attracted attention from a wide range of fans regardless of age or gender, and he also appeared in “NHK Kouhaku Uta Gassen” that year. In 2022, he will appear in dramas such as NHK Taiga drama “Kamakuradono no 13”, TV Asahi “The Travel Nurse”, and Tokai TV’s information program “Switch! He is actively working, such as appearing in the town walking corner “Matsuken Sanpo”.
In addition, from Saturday, March 4, 2023, “Meijiza 150th Anniversary Pre-Month Festival ‘Great Reversal! Daigyakuten Oedoka Nibaru'” will be performed at Meijiza Directed by Toru Hosokawa).
Comment from Ken Matsudaira
――How did you feel when you read the picture book “Momotaro goes to an esthetic salon”?
Matsudaira: I never imagined that “Momotaro” would develop like this (laughs). It’s not out of the ordinary, but I think the world of imagination expands in many ways for those who read this book. If Momotaro were alive today, he would not only be able to exterminate demons, but also experience various things like this and expand his world. My family also likes it, saying, “I can’t believe the story of Momotaro will be like this.”
――Do you have a personal favorite story?
Matsudaira: I really like “Momotaro goes to a beauty salon” that I read today. “There was no more conflict there, only beauty” (laughs). I think it’s really wonderful that Momotaro and Oni are absorbed in a common hobby, and that everyone is beautiful and there is no conflict and the world is peaceful. I would like to live in such a world. Comment from Toru Hosokawa
When I listened to Mr. Matsudaira read aloud, I felt like I made a wonderful book, even though it was such a silly book (laughs). I’m glad the atmosphere changed so much. The part where I said, “It became smooth and smooth,” felt really smooth. I would love to hear from you! “Momotaro, go to the beauty salon”
[Image 3

“Momotaro goes to the beauty salon” Keiko Satsuki / Illustrated by Toru Hosokawa / Written by Tokyo News Service
The story of Momotaro in 11 ways sent by the tags of Keiko Satsuki and Toru Hosokawa, who brought out “New Unit” and “Baka Mukashibanashi” to the world. The formula that Momotaro = hero of justice and demon = villain is old! Even Momotaro has other things he wants to do besides exterminating demons. I want to go to a beauty salon, and I want to enjoy music. Isn’t it okay to have various ways to get to “Happily Happily Ever After”? Stupid and cute Momotaro rampages in freedom in search of their own “happy”. This is a book that both adults who are tired of busy days and children who are tired of old stories can laugh and enjoy. Ideal for reading to parents and children … should be! [Content]
-Chapter 1-
Momotaro Goes to a Beauty Salon / Momotaro Becomes a Pianist / Momotaro Goes to the Zoo / Momotaro Goes to a Location / Momotaro Goes to Online Demon Extermination / Momotaro VS Kaken / Momotaro Megamax / Taro Without Momotaro Goes to Momotaro Village / Momotaro , Goes to Space / The Second Momotaro / My Neighbor Momotaro
――Includes 11 newly written new works.
-Chapter 2 Television Old Tales-
Kintaro/Momotaro and Kotaro/Kasa Jizo/Monkey Battle/Princess Kaguya/Tsuru Nyobo/Kojii Hanasaki/Shouten Zabuton/Warashibe Choja/Taro Urashima/Rikitaro/Old Man Kobutori/Three-year Netaro
–Includes “TV Mukashibanashi,” in which celebrities often seen on TV rampage in the world of old folktales. What if that Special Missions Unit partner was Honest Old Man? What if that bank man was biting into “Monkey Battle”? What if that quiz king came to ask Kaguya-hime? What if that person who loves fish goes to Ryugu Castle? Please enjoy the old story that such a delusion exploded.
■Currently, the following five episodes out of the 24 episodes recorded in “Momotaro goes to the beauty salon” are available for free.
https://tvbros.jp/slider/2022/08/24/50888/
“Momotaro goes to esthetic salon”, “Battle of monkeys”, “Momotaro goes online demon extermination”
“Koji Hanasaki”, “Momotaro Megamax”
[Author profile]
Illustrated by Keiko Saotome
[Image 4

Illustrator, essayist, cartoonist. Born in prefecture. Born in Yokohama. After graduating from university, he became a self-taught illustrator. In 2002, “A New Unit” (Fusosha), for which I was in charge of the illustrations, became a bestseller with over 300,000 copies sold in Asian countries. He has written many books from his own perspective, such as “Otome’s Survival Notebook” (Heibonsha), “Keiko Satsuki’s Let’s!! Comte Unit “Boys, shut up! ], and has been active in a wide range of TV, radio, and stage performances. The LINE stamp series “Keiko Satsuki’s greeting stamp” is popular not only in Japan but also overseas. In 2018, she held an exhibition in Taiwan titled “Keiko’s counterattack on May.” “Omaa-san” is being serialized on TV Bros.WEB.
Sentence: Toru Hosokawa
[Image 5 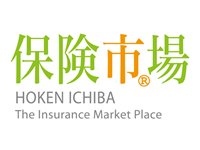