Tokyu Corporation (Futako Tamagawa Rise)
Futako Tamagawa Rise “WINTER RISE 2022 Waterside Country Christmas” About 13m high “Mirrored Christmas Tree” will start lighting from November 11th
The lights of the trees reflected in the lake of mirrors sparkle, and there is also a photo spot that looks great on SNS! ~ Christmas special event will be held for the first time in 3 years! ~

At the complex commercial facility “Futako Tamagawa Rise”, we will inform you that the Christmas tree and illuminations with the theme of “WINTER RISE 2022 Christmas in the Waterside Country” have started from November 11, 2022 (Friday). .
In the Galleria, which is an open atrium space with a glass roof, the “mirror Christmas tree” that symbolizes the theme of “Christmas in the Waterside Country” is lit. In other areas, the winter illumination “Water and Light Forest”, which expresses the “river of light” flowing through the entire facility, will also start at the same time. A huge Christmas tree with a height of about 13m that appeared in the Galleria is like a European landscape where the city lights are reflected on the flickering canal, and the lights of the tree are reflected on the lake-like floor. Also, every day from 16:00, there will be a special light and sound performance (approximately 3.5 minutes) with original music by artist Seiya Nagatomo every 15 minutes, creating a more fantastical “waterside country.” invite. -Christmas tree & illumination period-
Christmas in the Waterside Country “Mirrored Christmas Tree” [Location] Futako Tamagawa Rise Galleria
[Lighting period] Friday, November 11, 2022 to Sunday, December 25, 2022 10: 00-24: 00 (Special sound and light production: 16: 00-every 15 minutes)
Winter Illumination “Forest of Water and Light”
[Location] Futako Tamagawa Rise Ribbon Street, Oak Mall, Birds Mall, Grand Staircase
[Lighting period] November 11, 2022 (Friday) to February 28, 2023 (Tuesday) 16: 00-24: 00 (Special performance: 16: 00-every 30 minutes) [Image 1

▲ “Mirrored Christmas Tree” ▲ Winter Illumination ▲ Winter Illumination “Photo spot” “Forest of water and light” “Forest of water and light” Futako Tamagawa Rise Birds Mall Futako Tamagawa Rise Oak Mall In the winter illumination “Forest of Water and Light”, the
illumination expresses a river of light flowing from Ribbon Street to Galleria. On Ribbon Street, you can enjoy various expressions by changing the movement and color of the illumination for each area, leading to the grand staircase. In the step vision of the large staircase, a video production with the theme of “thaw waterfall” will be performed, inviting the flow to the Galleria with the tree. In addition, we plan to change the colors of the illuminations in each area according to the season, such as Christmas and Valentine’s Day. At the center of the lake in Galleria, the terminal point of the river of light, is a “mirror Christmas tree” with a height of about 13m. The tree, which is decorated with lights that look like dripping drops, will be lit normally from 10:00. You can see different expressions during the day and at night, and the decoration is conscious of posting on social media. In addition, the boat at the base of the tree is a photo spot, and you can actually board and take pictures. ■We will also be holding a “Waterside Country Christmas Party” where you can enjoy live musical performances and workshops!
For the first time in 3 years since 2019, the Christmas special event “Waterside Country Christmas Party” will feature a live performance by composer Seiya Nagatomo, who worked on the music for the special tree production, and a workshop that can be enjoyed with children. It will be held.
-Christmas special event “Christmas party in the waterside country”- [Date and time] December 17 (Sat) and 18 (Sun), 2022 11:00-19:00 [Location] Futako Tamagawa Rise Galleria
[Price] Admission free
[Overview of stage contents]
1. Band live performance x dance performance led by Seiya Nagatomo *Two stages will be held from 12:00 to 18:00 on both days (about 15 minutes) With the “Mirrored Christmas Tree” in the background, composer Seiya Nagatomo will perform a live performance of original music and Christmas music that will be played in a special production of the tree by a band. In addition, two members of the dancer/choreography group “Fly Six B” will perform a dance performance along with the performance.
Profile of Seiya Nagatomo
[Image 3

Born 1976 in Miyakonojo City, Miyazaki Prefecture. In 2003, he made his debut as a guitarist and vocalist for the band “Captain Stridom” from Kazemachi Records hosted by Takashi Matsumoto. After the band’s hiatus in 2010, he worked on commercials, stage music, and animation theater accompaniment. Also active as a unit “Nagatomo Taro” with guitarist Kato Taro.
“Fly Six B” profile
[Image 4

A dancer/choreography group consisting of 6 women. Since 2009, he has been active mainly in Tokyo.
He is active in a wide range of activities, including backup dancers for many artists, music choreography, live performances, MVs, commercials, stage productions, and educational activities.
He has been praised for creating works that fuse various dance styles and focus on entertainment that can be enjoyed by many people regardless of age or gender.
2. Daily Live: tipsipúca (duo) / Digging Deeply Quartet
*Two stages will be held from 14:00 to 16:00 on both days (about 30 minutes) Artists will appear on the stage for daily live performances, and live performances will be held with string instruments, saxophones, whistles, etc.
-Appearing Artists (Daily)-
■December 17th (Sat) Nordic Irish music: tipsipúca (duo)
[Image 5

A duo consisting of Iko Takanashi (whistle, concertina), who works on music inspired by Irish and Scandinavian music, and Emi Sakai (fiddle, Hardingfere), who breathes life into the music with her unique sense. Formed in 2013. In 2016, the full album “duo!!” was released. In 2019, he received the 36th Research Grant from the Kawai Sound Technology and Music Foundation.
■December 18th (Sun) String Quartet: Digging Deeply Quartet
[Image 6

Formed in January 2020. Composed of four string players (Sena Oshima, Kano Tajima, Yuri Matsumoto, Masashi Sekiguchi) who graduated from Tokyo University of the Arts and Toho Gakuen and have been
professionally active for 10 years. In parallel with the activities of each member, we will present various genres of music and new ways of string quartet while performing, recording, and supporting artists, mainly original songs.
[“Waterside Country Christmas Party” workshop information]
Hold a workshop where you can enjoy crafting with your child. You can create original goods and bring back memories.
1. Making a flag for a waterside country
[Image 7

[Participation fee] 500 yen (tax included) *tentative
[Reception hours] 11: 00-18: 00
* It will end as soon as the planned number is reached.
A workshop to decorate plain flags and make original flags.
Cut and paste illustrations and materials as you wish to create a one-of-a-kind emblem.
2. Making original maracas
[Image 8

[Participation fee] 500 yen (tax included) *tentative
[Reception hours] 11: 00-18: 00
* It will end as soon as the planned number is reached.
A workshop to make maracas by putting your favorite ingredients in cute egg-shaped egg maracas. Shake your own maracas and enjoy Christmas live even more.
■Featured events such as a Christmas lottery are also held at Futako Tamagawa Rise S.C.!
In line with the theme of “Christmas in a Waterside Country”, a linked event will also be held at Futako Tamagawa Rise S.C. A lottery will be held at the target store where you can participate once for each purchase of 5,000 yen (tax included, multiple accounts cannot be combined). You can win luxurious prizes by lottery.
-Overview of “Waterside Country Christmas Lottery”-
[Image 9 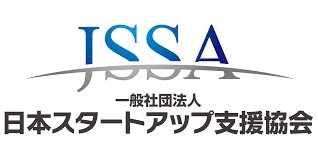