Tokyo Sports Newspaper
“Tospo Produced Potato Chips Yakitori Flavor” will be released on November 22nd! The 3rd installment of Tospo’s “Food Series” is a collaboration with that “Yamayoshi Confectionery”! 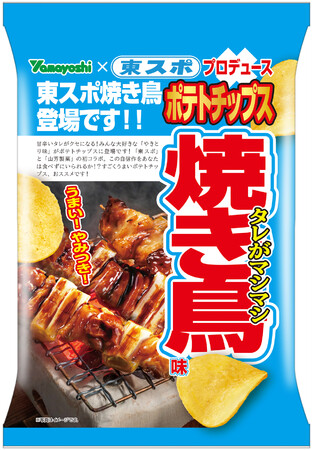 In September last year, it was released under the headline “I’m serious.”, “Tospo Gyoza”, which became a hot topic as “Gyoza by a newspaper company!?” This is the 3rd edition of the Tospo “Food Series”, following the “Tospo Karaage” that won the Gold Award and made people say “You really are serious!”.
The key word for gyoza and fried chicken was “more garlic”, but this time, the soy sauce-based sauce flavor is more charcoal-grilled. Combined with the charcoal-grilled flavor that follows, it is perfect as a snack or to accompany sake. It’s irresistibly delicious. Yamayoshi Confectionery, which is familiar with Wasa Beef, which celebrated its 35th anniversary this year, collaborated in product development. The “strongest tag” of the “maverick of the potato chip world” who has caused a storm in the snack world with its sharp flavored products, and the “maverick of the newspaper world” Tospo, who is rushing with UFO, Kappa, UMA and his own reporting style. was finally formed.
The package is a big headline of “Yakitori” just like the one side of Tokyo sports. The “East Spo Blue”, which is rarely seen in snack shops, is striking.
This time, it will be pre-sold at major convenience stores in the Kanto area, supermarkets and mass retailers nationwide (some stores are not available due to limited quantities). We plan to gradually expand the sales area.
The content is 100 grams, and the selling price is 258 yen/bag (excluding tax) and 278 yen/bag (including tax).
[Image 2 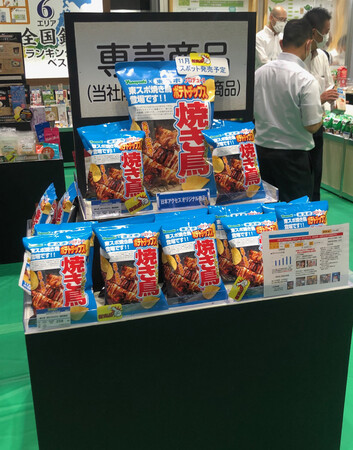