About “FUJI MOTORSPORTS FOREST Fireworks by Mt.Fuji Fireworks” “FUJI MOTORSPORTS FOREST Fireworks by Mt.Fuji Fireworks” is the main event of this autumn in collaboration with “Fuji Motorsports Forest”, a complex facility that provides various mobility experiences centered on Fuji Speedway. It is a spin-off event of the “Mt.Fuji Fireworks” that won.
At the international circuit “Fuji Speedway”, the dramatic co-starring of fireworks and motor sports unfolding against the background of Mt. For the production of fireworks, Shizuoka Prefecture’s proud fireworks company Ikebun, Katakai Fireworks Industry, Nomura Fireworks Industry, and Japan’s top pyrotechnics gathered. Fireworks were set off along the 1.5km home straight, which is one of the longest in the world, and in the opening performance, the cars and fireworks were running along the course at high speed.
During the daytime, a parade run of rare supercars was also held, and a total of more than 500 cars appeared through the parade run and fireworks program.
Many customers gave us impressions and excitement, such as “It was the first time I’ve seen fireworks so close”, “I was overwhelmed”, and “I had a great time with my family!”.
“FUJI MOTORSPORTS FOREST Fireworks by Mt.Fuji Hanabi”
“FUJI MOTORSPORTS FOREST Fireworks by Mt.Fuji Hanabi” was held for the first time on Saturday, November 5th. Despite the gloomy weather, about 6,000 visitors came to the Fuji Speedway to catch a glimpse of the “theatrical fireworks,” in which rare supercars and Japan’s leading pyrotechnicians co-starred.
Visitors first enjoyed a hot meal in the kitchen car, listened to the music from the DJ booth, and spent their time in their own way until the start of the program. Many people were seen taking pictures with the various cars that gathered at the venue. Also, there was a long line at the booth that distributed Mobile Suit Gundam’s “Ecopla” as part of the “Gundam R (Recycle) Operation 2022”.
From around 13:00, a supercar parade was held before the fireworks program. The lineup of ultra-rare supercars that are rarely
encountered together is truly a masterpiece. Loud cheers erupted from the venue as the colorful and bright supercars appeared on the course with the roar of their engines. Many visitors were fascinated by the powerful performance of supercars running together on the 1.5km home straight, one of the longest in the world.
At around 4:45 pm, when the sun had set and the area was getting a little dark, the fireworks program started with magnificent music. The engines of the six supercars lined up on the home straight started all at once, and at the same time Mr. Ichiro Furudate’s commentary started. In the opening production of the introduction, fireworks were set off almost directly above the course, and a supercar running at high speed on the home straight and fireworks set up on the course side splendidly ran side by side. The supercars, wrapped in dazzling lights, look just like “small spaceships” taking off into outer space. The venue was filled with excitement as the supercar ran through the fireworks one after another with a roaring sound.
This year’s fireworks program consisted of 7 chapters with the theme of “A Space Odyssey”, with music and fireworks set off according to the theme of each chapter. In Chapter 1, the audience was fascinated by the fantastic production of the Taketori Monogatari against the background of the moon that appeared and disappeared through the clouds. In chapters 2, 3, 4, and 5, fireworks and music that expressed themes such as Mars, celestial collisions, black holes, and the big bang were performed. In addition, Ichiro Furudate’s one-of-a-kind live commentary seems to draw the audience deeper into the “space journey”. In the final chapter, the moon, which had been in and out of sight, also made an appearance, reaching a climax with countless fireworks that filled the night sky. How was that? In response to Mr. Ichiro Furudate’s question, the venue responded with loud cheers and applause, making for a moving finale.
This event was also broadcast live in the Metaverse space on a huge three-sided screen. Customers who were unable to visit the venue were able to enjoy the live viewing of the fireworks while feeling the atmosphere of the scene together with other spectators. It was a fireworks display that truly symbolized a new era that fused traditional culture with the latest technology.
[Image 3

Reference: “FUJI MOTORSPORTS FOREST Fireworks by Mt.Fuji Fireworks” Fireworks Program
The fireworks program consists of 7 acts, with 7 stories on the theme of “space travel”. With powerful fireworks, the roar of cars racing to mark the beginning of the journey, commentary by famous announcer Ichiro Furudate, and attractive music and production, you can feel the magnificent and dramatic story of “universe” with your whole body. I was.
[Prologue] Planetary Parade | Ikebun
[Chapter 1] Moon / Taketori Monogatari ~The beginning of the story is a longing for space~ | Nomura Hanabi Kogyo
[Chapter 2] Mars / Encountering the Unknown ~ Being unknown is the first step to adventure ~ | Ikebun
[Chapter 3] Collision of celestial bodies / How did life begin? ~The end and beginning of life begins with a violent collision~ | Nomura Fireworks Industry
[Chapter 4] Black Hole ~Fascinated by the Abyss~ | Ikebun
[Chapter 5] Big Bang / When did the universe begin? ~The
ever-expanding universe is everywhere~ | Katakai Fireworks
[Final chapter] Earth / Return ~Let’s enjoy fireworks on the Spaceship Earth~ | Ikebun
About “Fuji Motor Sports Forest”
“Fuji Motor Sports Forest” is a new project promoted by Toyota Motor Corporation, Toyota Real Estate Co., Ltd., and Fuji Speedway Co., Ltd. in Oyama Town, Shizuoka Prefecture. Centered on the international circuit “Fuji Speedway”, motor sports such as “Fuji Speedway Hotel” that provides a luxury experience, “Fuji Motor Sports Museum” that exhibits racing cars that symbolize the era, and the garage of one of Japan’s leading racing teams. It consists of various facilities where you can enjoy culture. We are also planning to create a hot bath facility and a restaurant that will attract more people.
[Image 13

Exterior view of Fuji Speedway Hotel, which opened on October 7

The impression and excitement of the day will be delivered as an archive! On the day of the event, it was decided that the archive distribution of “FUJI MOTORSPORTS FOREST Fireworks by Mt.
We have also decided to broadcast the program on Hikari TV’s VOD distribution. Details will be announced on the official website and official SNS.

Received the highest honor, the Prime Minister’s Award, at the 89th National Fireworks Competition “Omagari Fireworks”, in which only 28 companies selected from all over the country can participate. This was the first achievement by a fireworks trader in Shizuoka Prefecture. In the same year (2016), he also won the “8th World Pyrotechnics Competition” held in Huis Ten Bosch, Nagasaki Prefecture. Although it is the first appearance, it shines as the best in the world. It has won the highest award at many other fireworks festivals.
Introduced “Digital Star Mine” that synchronizes fireworks and music 20 years ago. By using the latest fireworks simulation software and simulating the launch scene in advance, we are able to reproduce a more satisfying production.
He has received high acclaim for his highly-difficult performance of time-lag fireworks.
In addition to being involved in the Atami Maritime Fireworks Festival for many years, in 2018 he participated in the “Tokyo Fireworks Festival ~EDOMODE~”, which was held at Odaiba Kaihin Park, where the world’s best pyrotechnicians gathered. won.
Ikebun official website https://www.ikebun.com/
Nomura Fireworks Industry Co., Ltd.
[Image 16

Since our founding in Mito City, Ibaraki Prefecture in 1873, we have researched and manufactured beautiful fireworks with an emphasis on artistic students. Representative Director Yoichi Nomura challenged himself to create fireworks that appealed to the five senses with new ideas and overwhelming technical capabilities. Selected as a “Contemporary Master Craftsman”. Overall victory at national fireworks competitions in Omagari and Tsuchiura, and the award of the Prime Minister’s Award, the most prestigious award in the fireworks industry. rice field. Japan’s top fireworks company both in name and reality. Mt.Fuji Fireworks show off the gem shakudama packed with Nomura Hanabi Kogyo’s craftsmanship.
Nomura Hanabi Industry official website https://nomurahanabi.jp/ Katagai Fireworks Industry Co., Ltd.
[Image 17

Born December 7, 1954. After graduating from Rikkyo University in 1977, joined TV Asahi as an announcer. The professional wrestling commentary described as “Furudate-bushi” boasts tremendous popularity, and after becoming a freelancer, he created a movement in F1 etc. and established the image of “real condition = Furudate”. In addition, he has been the host of “NHK Kouhaku Uta Gassen” for three consecutive years, and has been a regular program signboard for all NHK + commercial broadcasting stations.
After that, he worked as a newscaster for TV Asahi “Hodo Station” for 12 years, and now he is a free talker again. In April 2019, he became a visiting professor at the Faculty of Economics, Rikkyo University. Reference: Photographer profile
Koji Seo (HIROSHI SEO)
[Image 19

Born in Fukuyama City, Hiroshima Prefecture. After graduating from Kyoto Seika University, he studied under Shoji Ueda, one of Japan’s leading photographers. Since 2000, while working as a freelance photographer in the fields of advertising, fashion, and magazines, he has also created images for companies and brands such as Nippon Steel, Hoshinoya, and Taiyo LLC. In addition, through workshops at Tokyo Photographic Art Museum, Shoji Ueda Museum of Photography, Niitsu Museum of Art, Takamatsu City Museum of Art, etc., and participation in the [Gelatin Silver Session] to protect silver halide photography techniques, equipment, film, photographic paper, etc. Contributing to the succession of technology. Since 2017, he has produced the “Oiemoto” series, which captures the Iemoto of various genres such as traditional Japanese flower arrangement, tea ceremony, and martial arts. In 2019, the series will tour Europe, Tokyo, the United States, and Canada. In 2020, we will start producing a new work “BEYOND” that reflects the new way of the world seen in the corona disaster. In the fall of 2021, an exhibition in collaboration with the prestigious Hosho school of Noh was held at the Hosho Noh Theater, attracting much attention.
Official website: http://hiroshiseo.com
Instagram: https://www.instagram.com/seo_hiroshi_
Still photography support staff: Ryutaro Ueda, Mizuko Ueda, Masashi Saito, Maha Nakamura, Junya Yoshida, Mayi Yoshida, Yoshiyuki Arita, Tatsufumi Suzuki 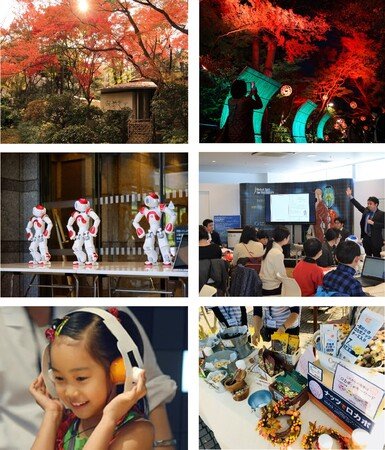