The Executive Committee for Creating the Future of the Sea and Oma has decided to utilize locally produced white fish, “Candle Atka Mackerel,” which is lean and has little fat. “I sold an arrangement menu. In addition, the Umi Ageben (Oma Agegyokko Bento) jointly developed with the Aomori supermarket chain Maeda Store will be sold at 36 stores. It was distributed free of charge to local elementary schools as lunch and carried out sea food education.
This event is part of the “Nippon Foundation ‘Sea and Japan Project'” that connects people through the sea in order to hand over the sea to the next generation.
[Image 1

Event overview
・Overview: Selling the shop’s original deep-fried menu (ageyokko) using minced white fish “Tsugaru Strait Candle Atka Mackerel” that is not being used
■ Arranged menus are sold at 20 restaurants in Oma and nearby, and 10 in Tokyo “Umi no Ageben (Oma Agegyokko Bento)” will be sold at 36 stores of the supermarket chain “Maeda Store” in Aomori Prefecture.
・ Schedule: Saturday, October 8, 2022 to Sunday, November 6, 2022 ・ Venue: 20 restaurants in Oma and nearby, 10 in Tokyo, 36 Maeda Store supermarket chains in Aomori Prefecture
Each store offers age fish kids using candle minced atka mackerel, such as fly balls and fried chicken
Candle Atka mackerel is the star of the 2nd year of creating a delicacy of the sea, which we have been working on to solve the problem of Oma’s sea. It is a fish that is not used much locally because it is thin and has little fat. Using the minced skin and small bones, we created a slightly nostalgic and addictive bite-sized “atka mackerel age fish ball” made into a slightly curry-flavored fly ball. For about a month, each store provided an Agegyokko menu that was arranged using Agegyokko balls or candle minced Atka mackerel. On October 22nd and 23rd, we will open a store at the “Mutsu City Gateway Festival”. The Age-Uo-kko balls were extremely popular, and about 1,000 were sold over the two days, and a “Tsugaru Straits Shiromi Fish Encyclopedia” was distributed to the children so that they could familiarize themselves with the fish caught in the neighborhood. Approximately 20,000 Agegyokko Balls will be provided throughout the campaign period. By eating the delicacies of the sea, we were able to develop a movement to protect the bountiful sea.
[Image 2

Jointly developed “Umi no Ageben” with Aomori Prefecture’s super chain Maeda Store!
Umi no Ageben was created in collaboration with Maeda Store, a large supermarket in Aomori Prefecture. A beautifully colorful bento box with nori seaweed on hijiki rice, fried octopus, octopus wiener sausages, omelet, and boiled vegetables. During the first 3 days of the campaign, 36 stores in the prefecture will sell it all at once, and after that, it will continue to be sold at the Oma store. In addition, we provided free lunches to two elementary schools in the town, creating an opportunity for sea food education through eating and learning. A total of 1,600 people have eaten Umi Ageben, which was sold at stores and provided at schools, and we were able to deliver the message of Oma’s ocean. We will continue to aim for the
establishment of age fish kids as a “children’s favorite side dish”. [Image 3

Impressions during the age fish campaign
-Voices of those who tried the campaign menu-
・Age fish ball is delicious with a little curry flavor. Even though it contains skin and bones, it is easy to eat.
・The taste and texture of the Agegyokko ball is a bit surprising, as if you weren’t told, you would think it was meat and eat it up. Delicious.
・Sea bento, the content and quantity were just right, and the side dishes were well balanced.
・I didn’t think anything other than sushi fish tasted good, but this flyball is delicious!
・There are various menus depending on the shop, so you won’t get tired of eating. The hockey dog ​​was especially delicious.
・Knowing that such delicious fish live here made me want to protect Oma’s bountiful sea.
-Voice of partner store-
・We provided a set meal of deep-fried Atka mackerel using minced meat. It is popular because it is filling, and there are days when more than 10 servings are served. I felt that various arrangements could be made in the future.
・Oma is synonymous with tuna, but there are customers who want to eat different local fish. I went through a lot of trial and error to find spices to remove the smell of fish. It would be nice to have some recipe advice.
-Organization Profile-
Organization name: Sea and Oma Future Creation Executive Committee URL: https://omasaganacco.jp/
Activities: To protect the various treasures of the sea and to help Oma children grow up knowing about the sea. Activities to create a movement to eat locally caught fish happily and deliciously
[Image 4

The Nippon Foundation “Sea and Japan Project”
The sea supports the lives of Japanese people in various ways, and sometimes gives us peace of mind, excitement, and inspiration. This is an all-Japan project in which children and people all over the country see the current state of environmental deterioration in the sea as something that belongs to them, and spread the circle of action to pass on the sea to the future. is.
https://uminohi.jp/ 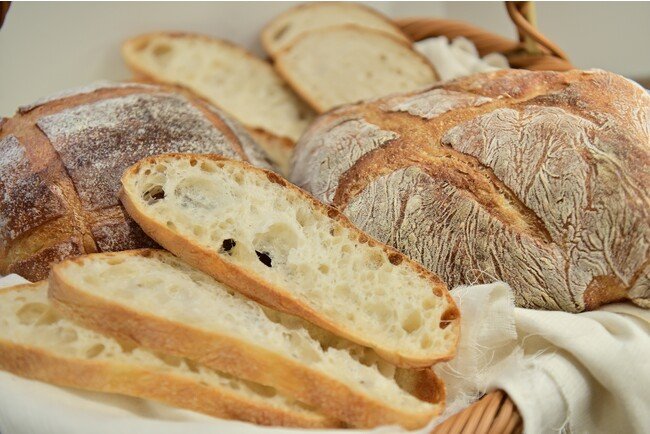