The Japan Association for World Food Program (Yokohama), an authorized NPO, held the “#Gochisosama Challenge” from September 29th to October 31st as a donation campaign that can be easily tackled on SNS. A record 116,188 donation actions were collected, and 295,680 school meals were delivered.
[Image 1

Campaign result site: https://www.jawfp.org/worldfoodday2022/ ● “#Gochisousama Challenge” held for the first time
The United Nations WFP Association has been implementing the “Zero Hunger Challenge – Food Loss x Zero Hunger” for the past four years, and has delivered school meals to about 770,000 children by last year. This is the 5th year, so that more people can easily participate in the campaign with familiarity, we have renewed the “# Gochisousama Challenge” in addition to the target posts for “Feast pose” to reduce food loss. It was held for the first time. The mechanism is to post actions that lead to food loss reduction such as “buy wisely”, “use up”, “eat up” and “gochisousama pose” on SNS with two hashtags “#gochisousama challenge” and “#zero hanger”. , 120 yen per post will be donated by cooperating companies to the UN WFP school lunch support. In addition, 46 campaign ambassadors and special supporters, including UN WFP Goodwill Ambassador Ms. An, and UN WFP supporter Ms. EXILE USA, who agreed to support the campaign, donated 60 yen to spread the posts (retweet, share). .
The highest number of actions for donations ever gathered
This year, we collected 116,188 donation actions (post + spread), the highest ever. The posts we received included everything from daily meals and lunch boxes that can be eaten cleanly, to kinpira without throwing away the skin of daikon radish, and non-standard vegetables and fruits that could have been discarded. It was full of posts that valued food, such as posts related to cooking jams and soups, and even posts that posed in front of the plate after eating.
●Planning with cooperating companies: Donations are doubled! In addition, following last year, we also implemented a project to double donations together with cooperating companies. In total, more than 700 posts were collected, doubling donations and helping about 5,600 people.
1. If you post a photo of “Preservation technique for ingredients using” NEW Krewrap “with “# Preservation technique with wrap”, you will be donated plus 120 yen, which will be used for the United Nations WFP’s maternal and child nutrition support.
2. If you eat Meiji’s products deliciously and enjoyably until the end and post the picture with “#Meiji eating smile”, you will be donated plus 120 yen, which will be used for school lunch support of the United Nations WFP.
#Gochisousama Challenge Contest
[Image 2

We held a contest to give prizes provided by cooperating companies by lottery from those who made wonderful contributions.
Awards: Kureha Award, Meiji Award, Nissin Foods HD Award, House Foods Award Four high school students who had fun with their teachers and family members and had a “gochisosama” together, and four people who made suggestive posts, such as introducing preservation techniques using wraps, were awarded.
● PR video for food loss reduction by popular comedian Wagyu beef Wagyu, a popular comedian, created a newly written skit to introduce the campaign, with the aim of making more people aware of the campaign and allowing them to easily participate in support. In addition, the video of the interview after the recording of the manzai was also compiled, and many comedy fans, as well as those who had no contact with food loss and global hunger issues, were interested in this campaign.
[Video 3: https://prtimes.jp/api/movieim.php?url=www.youtube.com/watch?v=wsfB-lobHlQ] [Wagyu tells in a skit! 】 # Feast challenge # zero hanger
[Video 4: https://prtimes.jp/api/movieim.php?url=www.youtube.com/watch?v=IfutxHl-Nhc] Post-shoot interview
● 46 ambassadors and supporters liven up the campaign
Many celebrities, culinary experts, and Instagrammers, including UN WFP Goodwill Ambassador Anne, supporter EXILE USA, have cooperated. Dance videos and recipes unique to ambassadors were shared, and hints for efforts to reduce food loss were given to many participants. [Campaign Ambassador] (in alphabetical order, titles omitted) An/EXILE USA/Kouken Tetsu/Shizuka Kondo/Shirogohan.com Tadasuke Tomita/Maryjun Takahashi/
Bike Kawasaki Bike/Hungry Grizzly/Foreign Fat Hassy/Norika
Fujiwara/Funassy/Munigurume/
Misako Yasuda/Yuri Yamamoto/Yuniverse Hara/Ryuji/Ryokun Gourmet/Wagyu Beef [Cooperating companies and organizations]
◆ Special supporter
[Image 3

◆Sponsorship
NOK Corporation/Nikon Corporation/Nichirei Corporation/Japan Federation of Consumers’ Co-operative Associations
Alfresa Holdings Co., Ltd. / Ezaki Glico Co., Ltd. / SB Foods Co., Ltd. / MI Food Style Co., Ltd. /
Cargill Japan G.K./Calbee Inc./Kikkoman Corporation/Kokubu Group Inc./Nisshin Cisco Co., Ltd./
Nipponham Co., Ltd./Hanew Foods Co., Ltd./Fujitsu Optical Components Ltd./Fujicco Co., Ltd./
Prima Meat Packers Co., Ltd. / Better Home Association / Pompadour Co., Ltd. / Mitsui Chemicals, Inc. / Mitsubishi Corporation / Morisawa Co., Ltd./Morinaga & Co., Ltd./
◆Partner: Yuraku Confectionery Co., Ltd.
[Campaign overview]
Implementation period: September 29th to October 31st, 2022 Sponsored by: Authorized NPO Association for the United Nations WFP
Campaign site: https://www.jawfp.org/worldfoodday2022/
[Background of this campaign]
Up to 800 million people in the world today suffer from hunger, while one-third of food production is wasted. In Japan, about 5.22 million tons of food is wasted annually (in 2020), which is close to the equivalent of a bowl of rice thrown away per Japanese person every day. This amount is approximately 1.2 times the 4.4 million tons of food aid provided by the United Nations World Food Program (WFP) in 2021.
The Association for the United Nations World Food Program (WFP) has launched the SNS campaign “#GochisosamaChallenge,” which promotes interest in these two food problems, “food loss” and “hunger,” and allows you to make “donations” through efforts to reduce food loss during World Food Day Month. , Also implemented in October, food loss reduction month. We aimed to expand the circle of school lunch support for children in developing countries by working on food loss reduction from what we can do close to us.
This campaign contributes to the achievement of seven goals, including Goal 2 of the SDGs, “Zero Hunger,” by supporting school lunches and reducing food loss. Support for school lunches improves the
nutritional status of children, encourages them to attend school, increases their motivation to study, and opens up future
possibilities.
■ What is the United Nations WFP?
It is the only UN food aid agency with a mission to end hunger. We are providing food assistance to more than 100 million people in 123 countries and regions, with the pillars of activities such as emergency support during disasters and conflicts, improving
nutritional conditions, and providing school meals. Received the Nobel Peace Prize in 2020.
■ What is the Japan Association for World Food Program (UNWFP)? It is a certified NPO that supports the UN WFP and is the official support contact for the UN WFP in Japan. In addition to fundraising activities, we are expanding the circle of support in Japan through collaboration with companies and organizations and public relations. 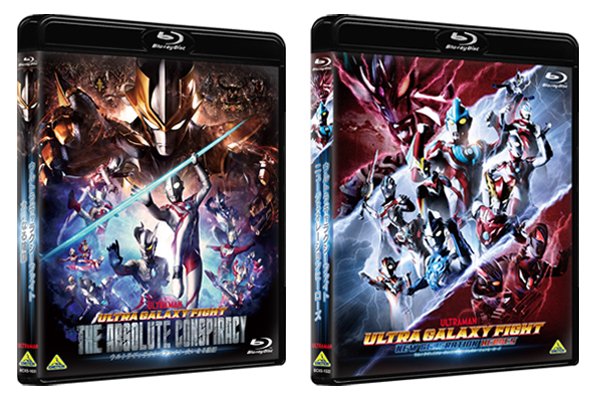