Virtual Office Co., Ltd. 1
Distribution of virtual offices in the 23 wards of Tokyo

Virtual Office 1 Co., Ltd. has investigated the distribution of virtual offices in the 23 wards of Tokyo.
The survey will be conducted in October 2022. We are collecting virtual offices whose location can be confirmed on the Internet. The data on the number of cases this time is subject to aggregation from 1. where it is possible to register to 2. where it is described as a virtual office at the company.
Survey outline
[Image 1

・ Within Tokyo 23 wards: 425
・ Of which, 340 (80%) in the 5 central wards of Tokyo
・ Other 18 wards: 85 cases (20%)
As a result of the survey, Minato had 106 cases, Chiyoda had 62 cases, Chuo had 62 cases, Shibuya had 62 cases, Shinjuku had 48 cases, and all other wards had less than 20 cases. (As of October 2022) In particular, virtual offices in the 5 wards of central Tokyo account for 80% of the total 23 wards, and we found that they are concentrated in areas that are highly convenient for business.
On the other hand, in wards far from the city center, there were less than 5 virtual offices, and some wards had none.
For those considering a virtual office
The virtual offices surveyed this time are summarized in a list format in our column.
If you have an area you are considering or a store you are interested in, please refer to the link.
▽ List of virtual offices and URLs in Tokyo’s 23 wards
https://virtualoffice1.jp/virtualoffice_blog/tokyo23-all-virtualoffice/ Details of the five central wards
The five central wards of Tokyo are expected to be used by many entrepreneurs. However, I think there are many cases where even people living in Tokyo can not immediately consider “what is different”. Therefore, we will explain the brand image and what kind of virtual office there are in Minato-ku, Chiyoda-ku, Chuo-ku, Shibuya-ku, and Shinjuku-ku, which are easy to choose for many stores.
If you are going to select an area or store from now on, please refer to it. ■ Minato Ward (106 cases)
A large-scale business district is formed around major stations in Minato Ward, where many IT companies, large companies, and foreign companies gather, making it a diverse and international city. Virtual offices are scattered in the business areas of Shimbashi/Hamamatsucho, Akasaka/Roppongi, and commercial areas of Aoyama/Omotesando. ▽ Area where virtual offices were concentrated even in Minato Ward Shimbashi/Hamamatsucho, Omotesando/Aoyama, Akasaka/Roppongi
■ Chiyoda Ward (62 cases)
Chiyoda Ward is the center of Japan with the Imperial Palace and Tokyo Station. Also, there are many government offices, so there is also a solid image. There are large office districts in Marunouchi, Otemachi, Kanda, etc., and there are many virtual offices in this area. ▽An area where virtual offices were concentrated in Chiyoda Ward Otemachi/Marunouchi, Kanda/Akihabara
■ Chuo Ward (62 cases)
Chuo Ward is a city with a long history, with a wide commercial area centered around Nihonbashi and Ginza. Virtual offices are also scattered throughout the area.
▽ Area where virtual offices were concentrated even in Chuo Ward Nihonbashi, Ginza
■ Shibuya Ward (62 cases)
Shibuya Station and Harajuku Station have an image of being a town of young people, but from a business point of view, there are many IT companies and venture companies, and it is a suitable area for IT entrepreneurs. Virtual offices are mainly scattered around Shibuya Station.
▽ Area where virtual offices were concentrated in Shibuya Ward Around Shibuya Station, Ebisu and Daikanyama
■ Shinjuku Ward (48 cases)
Shinjuku Ward is an area with a contrasting expression of office district and entertainment district. A large business district spreads around the west side of Shinjuku Station, where the Tokyo Metropolitan Government is located, and around Iidabashi Station, and virtual offices are also concentrated in that area.
▽ Area where virtual offices were concentrated in Shinjuku Ward West side of Shinjuku Station (Tokyo Metropolitan Government Building side), Shinjuku 3-chome, Iidabashi
summary
The virtual office is an industry that is rapidly opening and closing. In the case of Tokyo’s 23 wards, it is predicted that the tendency for people to gather in central wards will not change significantly in the future. However, there is a possibility that virtual offices will appear due to redevelopment etc. even in cities where there is little business image now.
Virtual Office 1 will continue to forecast and observe such trends and report regularly. Thank you very much.
About Virtual Office 1
[Image 2

Virtual Office 1 is a virtual office with Shibuya store in Dogenzaka, Shibuya Ward and Hiroshima store in Otemachi, Naka Ward, Hiroshima City.
The Shibuya store is highly convenient as it is a 5-minute walk from Shibuya Station, and there are many companies in the surrounding area, making it the best location to use as a base for business. We hope that it will be useful for entrepreneurs who are about to launch a business and freelancers who are involved in the IT industry. Store: Virtual Office 1 Shibuya store
Location: Futaba Building 8B, 1-16-6 Dogenzaka, Shibuya-ku, Tokyo URL: https://virtualoffice1.jp/virtualoffice_shibuya/
The Hiroshima store can be based in Hiroshima, and in Otemachi, Naka-ku, Hiroshima, which can be said to be the center of the Chugoku and Shikoku regions. In addition to those starting up businesses in Hiroshima, there are also cases where companies outside of Hiroshima from the Chugoku and Shikoku regions use it as a foothold when expanding into Hiroshima.
Store: Virtual Office 1 Hiroshima store
Location: Aioibashi Building 7F Room A, 1-1-20 Otemachi, Naka-ku, Hiroshima City, Hiroshima Prefecture
URL: https://virtualoffice1.jp/virtualoffice_hiroshima/
Company name: Virtual Office 1 Co., Ltd.
Headquarters: Futaba Building 8B, 1-16-6 Dogenzaka, Shibuya-ku, Tokyo Representative: Suguru Makino, Representative Director
Business description: Virtual office, mail receipt and forwarding agency business
Hours: Weekdays 11:00-16:00
WEB: https://virtualoffice1.jp/
Details about this release:
https://prtimes.jp/main/html/rd/p/000000004.000103755.html 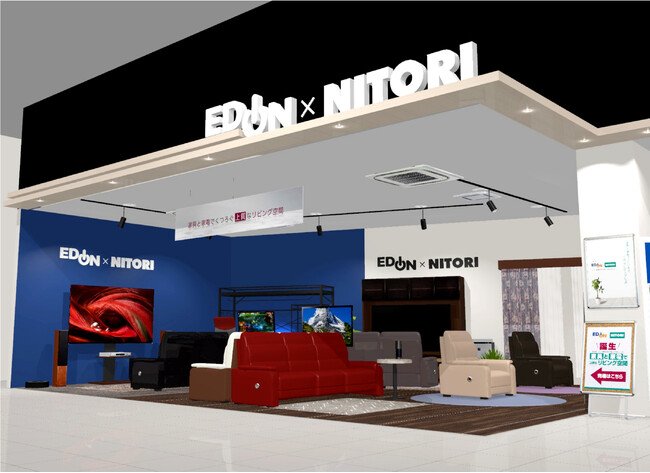