It is said that 80% of marine litter flows into the sea from cities through rivers.
“Is garbage flowing in the nearby Nishiki River?”
“We need to reduce single-use plastic!”
In Prefecture, this fiscal year, the “ Sea SDGs Action” will be held in the Nishiki River basin in the eastern part of Prefecture, with the aim of making the marine plastic waste problem more familiar and having the entire basin work on
countermeasures. Expanding.
As part of this activity, for two days on August 9th (Tuesday) and September 10th (Saturday), 2022, “coastal action” and “inland action” will be conducted to investigate scattered garbage, washed-ashore garbage, and aquatic life. did. We will report on the activities in which about 50 people participated in two days, including the “Umi no Jibungoto Supporters” formed by local Iwakuni High School students, as well as administrative and educational institutions.
[Image 1

Utilizing the garbage pick-up SNS “Pirika” to visualize the garbage scattering situation in the Nishiki River Basin area!
In this survey, we utilized the SNS service “Pirika”, which allows anyone to easily send information about how they are picking up litter to the world. I called inside.
* You can visualize the scattering situation by searching for “# Sea’s own thing” on Pirika (https://www.pirika.org/). (You can check photos and maps on SNS.)
[Image 3

Day 1 (Coastal Action)
1. Scattered garbage survey: Conducted by dividing the lower Nishiki River into 3 blocks: along the road, along the riverbed, and along the riverbank
In the lower reaches of the Nishiki River, the survey was started by dividing it into three blocks: roadside, riverbed, and riverbank. Allocate to pick up trash, take photos, record, and post to Pirika, and carry out the work.
It was impressive that the nature of the garbage differed depending on the location, such as PET bottles and food trays along the road, empty cans and plastic bags on the riverbed, and underwater goggles and insect cages on the riverbank. A person in charge of the Prefectural Government’s Waste and Recycling Division said, “For example, imagine that there might be people throwing plastic bottles out of their cars along the road.” In thinking about “why garbage occurs” some other time. The high school students of the “Umi no Ojibungoto Supporters” were also staring at the garbage they had picked up with a serious expression.
“A seemingly quiet riverbed with no garbage found more and more garbage.” “If I hadn’t picked it up, this litter would have turned into marine plastic litter.”
“Most of the litter was single-use plastics and manufactured plastics.” “It was the moment when the story I had heard became a reality.” [Image 4

2. Survey of aquatic organisms: Reaffirming the richness of the Nishiki River  After investigating the littering situation, we conducted a survey of aquatic organisms such as plankton and aquatic insects, as well as water quality, in order to reaffirm the richness, beauty, and importance of the Nishiki River and connect it to the garbage problem. Under the guidance of Director Suetomo of the Iwakuni City Museum of Microbiology and Professor Shinozaki of Iwakuni High School, the “Supporters of the Own Sea” proceed into the river with nets and buckets in hand. In addition to visually observing aquatic organisms on-site, such as looking through the scooped-up river water with sunlight and filtering the water through a filter with a mesh size finer than the thickness of a human hair, Iwakuni High School also used a microscope. We also conduct water quality surveys using observations and commercially available kits. Chemical oxygen demand (COD), ammonium nitrogen, nitrite nitrogen, nitrate nitrogen and phosphate phosphorus were measured in river water. As a result of the biological observation, it was confirmed that the organisms that prefer a relatively clean water environment and the organisms that feed on them are the main species, such as flattails, thoracic beetles, terracotta spp. The results also support this, with COD being between 2 and 4 mg/L, confirming that the downstream water quality class of the Nishiki River is between I and II (clean to somewhat clean water).

3. Investigation of washed-ashore litter and aquatic organisms: Conducted along the coast of Nishiki River (No. 2 Ozu coast) We moved to the coast of the Nishiki River (No. 2 Ozu Coast) and joined four students from Nada Junior High School in Iwakuni City to investigate the composition of marine litter, collect microplastics, and conduct surveys of aquatic organisms such as plankton.
In the same way as downstream of the Nishiki River, information on the collected drifted litter is posted on Pirika. On the coast of Nishiki River, in addition to items used in the fishing industry, such as styrofoam blocks and oyster farming pipes, a large amount of plastic waste such as plastic bottles and food trays has washed ashore. found to be mixed. Also, I was able to notice that a large number of microplastics are mixed in the sandy beach. Participants received an explanation from the person in charge of the Prefectural Waste and Recycling Division that “80% of marine litter comes from the inland”, and it is important to be aware of the “potential sea litter” in daily life. I re-recognised. The students of Nada Junior High School who finished picking up the garbage were surprised at the amount of garbage they had collected. I want to do the obvious thing of not throwing away garbage,” he said.
From the plankton survey, we were able to confirm the presence of a wide variety of diatoms in both types and numbers. Diatoms are also known as “sea pastures” and play an important role in supporting the marine ecosystem. It is no exaggeration to say that all life in the seafood of Hiroshima Bay, including Hiroshima’s famous oysters, is nurtured by diatoms. We learned that a lot of garbage is flowing into the sea due to our carelessness. I realized that the natural environment nurtures diatoms and enriches our dining table.
[Image 7

Day 2 (Inland Action)
1. Investigation of scattered garbage 1: Conducted by dividing into two groups on Kinmeiji Road in Iwakuni City (around Kawanishi Station) As on the first day, we posted information about the garbage we picked up on Pirika. This time, the survey was conducted in an urban area, and many cigarette butts and plastic food packaging were found. In addition, there was a lot of garbage scattered around the trash cans set up by the residents’ association and the trash cans for apartment residents, which gave us an opportunity to reconsider the etiquette of taking out the trash.
Although we don’t usually notice it, garbage is scattered everywhere in the city, just like riverbeds and beaches, and it turns out that there is a reserve army of marine garbage.
While picking up trash, we asked the high school students of the Umi no Jibungoto Supporters about changes in their behavior after completing the first day’s activities. “I’ve become more conscious of not throwing out garbage as much as possible,” the answer came back. Also, he was shocked by the number of cigarette butts on Kinmei Road, and said, “We should disseminate more information to achieve zero garbage.”
[Image 8

2. Scattered garbage survey 2: Conducted upstream of the Nishiki River (Kano Shimosubsui Bridge)
We moved to the upper reaches of the Nishiki River (Shikano Shimosubui Bridge) in Shunan City, 50 km away from point 1, and conducted a survey of scattered garbage. First, we picked up litter along the road and then on the river bank. Cigarettes, empty cans, food waste (food packages), plastic waste from drinks were found along the road, plastic strings and blue sheets were found along the river bank, and agricultural waste and small home appliances were found in the thickets that were not visible to the public.
Even in the upper reaches where there are few people living, there is still garbage, although the amount is small. When I thought about going down the long Nishiki River to the Seto Inland Sea someday, I realized that the inland area is not someone else’s problem. In addition, high school students from the “Umi no Ojigoto Supporters” said, “Illegal dumping is often seen in places that are hard to find.・They listened intently to the person in charge of the Recycling Division.

after the activity
During the Sea SDGs Action in Nishiki River, we were surprised to discover more litter, washed-ashore litter, and microplastics than we had imagined. . I also learned that the reason why we don’t notice the existence of garbage on a daily basis is because we are not aware of it.
In addition, from the survey of aquatic organisms and water quality, we have reaffirmed that the richness of nature and organisms in the Nishiki River Basin also nurtures the richness of Hiroshima Bay and enriches our lives. In order to protect it, I was made to think once again that we must reduce the reserve army of marine litter, such as household garbage, by having many people living in the basin aware of it.
In Prefecture, as a culmination of the “ Sea SDGs Action in Nishikigawa”, on Saturday, December 10th, with the cooperation of Marukyu Co., Ltd., a partner company, at the central food Hirata store We are planning to hold a public awareness event that also serves as an activity report with Ka Supporters.
We are preparing to have an opportunity to think about the problem of marine plastic litter in the Seto Inland Sea together with everyone in the basin.
In addition, we plan to report on the prefecture website in the future, including the results of the plankton and microplastic surveys conducted by Nada Junior High School and Yu Junior High School along the coast of Hiroshima Bay.
# Sea garbage # Marine plastic # Plastic # Garbage picking # Jibungoto # SDGs # Nishiki River # Seto Inland Sea # Prefecture # Iwakuni City # Shunan City # Iwakuni City Micro Biological Museum # Iwakuni High School # Pirika
【reference】
Prefecture Waste and Recycling Division Homepage
https://www.pref.yamaguchi.lg.jp/soshiki/40/
Sea SDGs Action in Nishikigawa
https://www.pref.yamaguchi.lg.jp/soshiki/40/164071.html
Iwakuni High School Homepage
http://www.iwakuni-h.ysn21.jp/
Iwakuni Microbiological Museum
https://micro.shiokaze-kouen.net/ 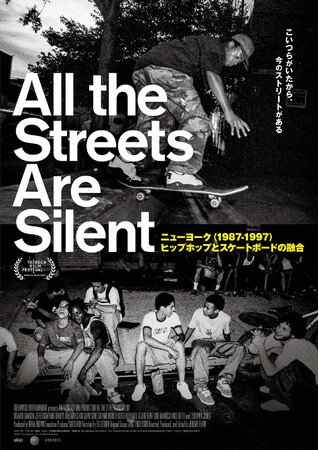 One thought on “Yamaguchi Prefecture Waste and Recycling Division Implemented “Yamaguchi Sea SDGs Action in Nishikigawa” to consider the problem of marine plastic waste in the Seto Inland Sea from Nishikigawa! ~ Iwakuni High School “Supporters of the Sea’s Own” x”