Asahi Shimbun Publishing Co., Ltd.
Yo Oizumi and Ren Meguro appear on the cover and gravure of Weekly Asahi, and thoroughly talk about the appeal of the movie “Moon Phases” [Exclusive] Defendant Park Jonghyun (former deputy editor of “Morning”) talks about trial and family / Beware of “addiction in middle-aged and older people” / Nursing staff suffering from sexual harassment / Calendar investment techniques / Released on November 29
Yo Oizumi and Ren Meguro of Snow Man, who appear in the movie “Moon Phases” with the theme of reincarnation, will co-star in the magazine! Just like the movie, the two are completely different in age and background. What kind of conversations do you have in real life? In addition, the exclusive memoir of Park Jong-hyun, whose conviction for murdering his wife was reversed and remanded by the Supreme Court, countermeasures against addictions such as alcohol and gambling that middle-aged and elderly people tend to fall into, sexual harassment faced by nursing care workers, and “Calendar We will deliver a variety of lineups, such as how to make use of ” for investment.
[Image

Veteran actor Yo Oizumi and Ren Meguro of the popular idol group Snow Man. The movie “Moon Phases” (released on December 2nd) in which two people of different types co-starred is based on the Naoki
Prize-winning work by Shogo Sato. Mr. Oizumi plays the main character who lost his beloved wife and daughter in an accident. When I first met Mr. Meguro, who plays the key person, I confessed that I was disappointed. What is the surprising reason? The two have a deep conversation in the special interview. Please enjoy the color gravure together with Snow Man’s live report.
Other featured content
[Exclusive] Defendant Park Jong-Hyun (Former Deputy Editor-in-Chief of “Morning”) Discusses the Trial and Family
Park Jong-hyun, who was sentenced to 11 years in prison for murdering his wife, answered an exclusive interview with Weekly Asahi. As former deputy editor-in-chief of Kodansha’s popular manga magazine “Morning,” Park is the creator of “GTO” and “The Seven Deadly Sins.” In the final appeal on November 21, the Supreme Court reversed and remanded the high court decision. Park, who has consistently pleaded not guilty and has been detained for six years, reveals his heart.
Beware of “middle aged addiction”
Alcohol, tobacco, gambling… There are many “pitfalls” that middle-aged and older people are addicted to. The episodes of a University of Tokyo graduate bureaucrat who went bankrupt after a horse race and an obstetrician and gynecologist who became a habitual voyeurist are shocking. Alcoholism is like a car with broken brakes. tomorrow will be mine For such people, use the “checklist” to be careful and explore ways to avoid becoming addicted.
Nursing staff suffering from sexual harassment
When I said, “I want you to wash your genitals more,” I responded with a disgusting smile. An adult video was playing in the room I visited. In fact, about 70% of care workers have been victims of harassment. Even if you talk to your boss, there are many cases where he doesn’t respond properly, saying, “I didn’t touch your buttocks” or “I’m just getting older and my instincts are showing”. Active employees confess the reality that cannot be overlooked.
calendar investment
You can see how to invest by looking at the calendar! If you read the schedule, such as when the heavy snowfall and hay fever are likely to start, and the unified local elections, you will get the tricks for searching for stocks. What stocks are likely to rise in the soccer World Cup, which will beat the powerhouse Germany and attract attention, and in the WBC in March next year? We will teach you investment techniques that are half a step ahead, such as how to find “winning” companies that are resistant to inflation and price increases.
Weekly Asahi December 2, 2022 increased issue
Release date: Tuesday, November 29, 2022
Increased special price: 470 yen (main unit 427 yen + tax 10%) https://www.amazon.co.jp/dp/B0BGL52W11
Details about this release:
https://prtimes.jp/main/html/rd/p/000001601.000004702.html 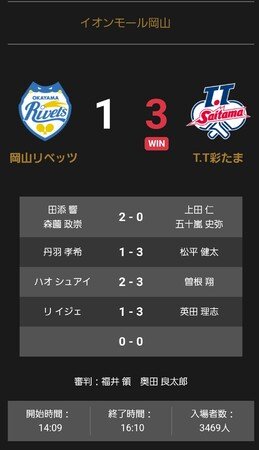