Atsushi Makino
Atsushi Makino (UCHO)
Video director, art director
Born in 1982. After studying drawing animation and puppet animation at the TV & Film Graphic Department of UMPRUM, an art university in the Czech Republic, in 2006, completed the animation course at the Graduate School of Film and New Media, Tokyo University of the Arts. Freely straddling the realm of live action, artwork, and animation, he comprehensively handles video direction, art direction, animation direction, character design, and illustration. Based on a smoldering nostalgic sense of motif and scale that everyone has, it combines modern and highly sensitive ideas and gimmicks, making it possible to shorten the distance between the work and the viewer in an extremely favorable way. to He has received numerous awards both at home and abroad. YOASOBI “Ultramarine” MV, Tokyo 2020 Paralympic opening ceremony video director, 72nd NHK Kouhaku Uta Gassen opening production, etc.
Also in charge of key visual production for Yokohama Red Brick Warehouse Renewal Open and Christmas Market in Yokohama Red Brick Warehouse.
[Image 3

Kyoko Uchida
Born in Düsseldorf, West Germany, and lived there until the age of two. After returning to Japan, he moved to Chicago, USA due to his father’s work. After returning to Japan, he went to university in Tokyo from his home in Yokohama, and even after joining Fuji Television Network in 1999, he continued to commute from home for several years. Appeared in popular programs such as “Sport!” and “Gutan Nouveau”. She is currently active as a freelance announcer and talent, and is the mother of two children. With a bright and friendly character, he is supported by a wide range of generations, and his lifestyle resonates with many people.
-About the Grand Opening Ceremony-
At 10:00 on Tuesday, December 6th, the opening day, a grand opening ceremony will be held at the road side entrance of Building 2. A total of about 70 employees of Yokohama Red Brick Co., Ltd. and the managers of the stores in the building gather together to welcome customers. The grand opening will be celebrated with ribbon cutting and band performances. In addition, the first 400 customers who visit the museum on the day of the event will receive an original dorayaki from Yokohama’s famous confectionery “Ariake” with the Yokohama Red Brick Warehouse 20th anniversary logo.
■ Grand opening ceremony overview
Implementation date: Tuesday, December 6, 2022 9:45-10:00
Location: Yokohama Red Brick Warehouse No. 2 road side entrance Contents: Greetings (Yokohama Red Brick Co., Ltd. President Mitsuharu Igarashi)    Tape cutting (A total of about 70 people, including our employees and store managers, welcomed us together)
Door open, band performance
*When entering the building, the first 400 people to enter the building will receive the Yokohama Red Brick Warehouse 20th
anniversary logo.
We will give away an original dorayaki from Yokohama’s famous confectionery “Ariake”.
[Image 6

* At Yokohama Red Brick Warehouse, we are implementing measures to prevent infectious diseases and prevent the spread of infection so that customers can enjoy themselves with peace of mind.
Details about this release:
https://prtimes.jp/main/html/rd/p/000000034.000023251.html 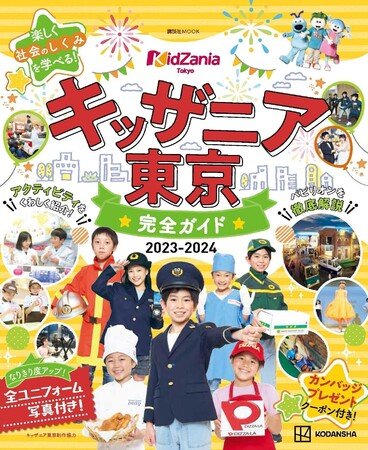