On November 20, 2022, in Tsubaki-cho, Anan City, Tokushima Prefecture, Y’s Giken Co., Ltd. (Headquarters: Shibuya-ku, Tokyo; Representative Director: Satoshi Kitada), which promotes agricultural DX as SkyFarm(R)? Under the partnership (business cooperation) with agricultural production corporation Nokosha, we will open “Live Tech Farm Tokushima” and a satellite office.
The main role of “Live Tech Farm Tokushima”
■ Creation of practical fields for “show agriculture DX”
■Regional revitalization by creating an “agricultural population” ■ Dissemination of information on the creation of “agriculture DX / agriculture-related population”
It is to contribute to the realization of the “Agricultural DX Concept” through these three points.
This initiative will contribute to the “Agricultural DX Concept” put together by the Ministry of Agriculture, Forestry and Fisheries on March 25, 2021 from the field of agriculture in mountainous areas in Japan.
[Image 1

“Live Tech Farm Tokushima”
[1] Creation of practical fields for “show agriculture DX”
In March 2021, the Ministry of Agriculture, Forestry and Fisheries compiled the “Agricultural DX Concept”, which is a digital
transformation of the agricultural scene, that is, the introduction of smart agricultural technology and data-driven farm management to create value that accurately meets consumer needs. The transformation to creative and providing agriculture (FaaS (Farming as a Service)) is a major issue that must be tackled with all efforts in the Japanese agricultural scene.
The current situation in which digital technology and data science are brought into agricultural regions through smart agriculture has attracted attention not only from the farmers who are the parties concerned, but also from various regions, companies, and human resources in fields that have not been involved in agriculture until now. I’m here. On the other hand, the current situation is that there are still few fields where cutting-edge agricultural machinery and DX-type agricultural equipment are in operation.
At “Live Tech Farm Tokushima”, by practicing “showing” new
agricultural initiatives, we will contribute to the promotion of agricultural DX in the local Tokushima Prefecture, and by extension, the promotion of agricultural DX initiatives in the entire domestic agricultural region. To do.
[Image 2

[SkyFarm(R)︎ contributes to the revitalization of agricultural regions] Through the operation of “Live Tech Farm Tokushima”, SkyFarm(R)︎ (Sky Farm) visualizes the effects of smart agricultural technology (yield, labor saving, etc.), and evaluates its efficiency, safety, and stability. By communicating, we will maximize the opportunities for the diffusion of smart agricultural technology. At the same time, by building an agricultural business environment that is attractive and easy for young people to work in, the “agriculture population” (people involved in agriculture) will increase and the entire agricultural community will be revitalized. Contribute to the agricultural scene. [Reference URL]
■ Types of agricultural regions (Ministry of Agriculture, Forestry and Fisheries)
https://www.maff.go.jp/j/tokei/chiiki_ruikei/setsumei.html
■ Regarding the compilation of the “Agriculture DX Concept” (Ministry of Agriculture, Forestry and Fisheries)
https://www.maff.go.jp/j/press/kanbo/joho/210325.html
■ Relevant population portal site (Ministry of Internal Affairs and Communications)
https://www.soumu.go.jp/kankeijinkou/
■ Creation and expansion of related populations (Cabinet
Secretariat/Cabinet Office Comprehensive Site)
https://www.soumu.go.jp/kankeijinkou/
[Wise Giken Co., Ltd.]
Company Established: March 1, 1989
Business description: Development of ground survey/ground
reinforcement work business, primary industry update business “Y’sSmartAgri”, technology promotion business “SkyFarm (R)”
“AquaResarch”, Saitama Labor Bureau registration training institution “Misato Training Center”, etc.
HP: https://www.ysgiken.co.jp
SkyFarm(R)︎
HP: https://skyfarmjapan.ysgiken.co.jp
Y’s Giken Co., Ltd. supports the foundation of “housing” and “food” with technology, cultivates the soil, enjoys the sky, loves water, nurtures people, and creates a “ring” that connects life on earth. Y’s Giken is developing services that contribute to the agriculture, forestry and fisheries industries using new technologies, centered on its track record and trust in the ground survey and improvement business.
Representative Director: Satoshi Kitada
Born in Miyazaki in 1971. Raised in Kumamoto. Lives in Tokushima, Tokyo. Wise Giken Co., Ltd. Representative Director
Global Ring Co., Ltd. Representative Director
General Incorporated Association Ikiiki Farm Tachie Director Growing up in an environment where you can feel the magnificent nature of Mt. Aso from an early age. Being exposed to fierce competition as the last generation of baby boomers, I searched for a way of life without competition and set my sights on becoming a legal or researcher, but failed. After many twists and turns, he took over and managed a small and medium-sized business himself, and as a result, he is exposed to fierce competition.
Started a construction equipment training school and a drone business as new businesses. In order to “increase the amount of happiness and love in the company and society”, I am struggling to contribute to revitalizing the local area with technology regardless of area. His current interests are updates such as DX and smartification of the primary industry in hilly and mountainous areas, and the creation of a related population with that as a hook. Graduated from Waseda University Graduate School of Law.
Details about this release:
https://prtimes.jp/main/html/rd/p/000000006.000078846.html 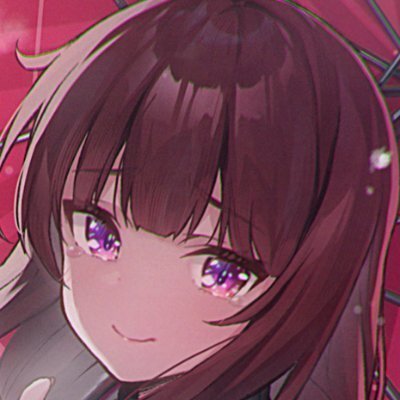