CyberZ Inc.
SHIBUYA SCRAMBLE FIGURE, from the TV anime “That Time I Got
Reincarnated as a Slime”, “Mirim Nava” will be released as a 1/7 scale figure!

CyberZ Co., Ltd. (Headquarters: Shibuya-ku, Tokyo, President: Takahiro Yamauchi), a consolidated subsidiary of eStream Co., Ltd.
(Headquarters: Shibuya-ku, Tokyo, President: Rina Takai), a figure brand “SHIBUYA SCRAMBLE FIGURE” ( From the TV anime “That Time I Got Reincarnated as a Slime” comes a 1/7th scale figure of “Milim Nava”. We will reproduce Milim’s battle appearance with original poses. Details such as the release date will be announced at any time. [Image 1

What is SHIBUYA SCRAMBLE FIGURE?
[Image 2

A high-quality luxury figure brand developed by eStream that is conscious of “scale” and “dynamism”. We aim to create world-class products (figures) with world-class IP. The brand name expresses our desire to transmit culture from Shibuya to the world. Commonly known as “Shibu Suku Figure”.
■ eStream Co., Ltd.
eStream was established in August 2017 and has expanded from the talent management business to now handle various IP merchandising business (https://estream.stores.com/), a new form of merchandise sales. We are developing online entertainment business such as online lottery business. In 2020, we will establish a high-quality luxury figure brand “SHIBUYA SCRAMBLE FIGURE
(https://shibuya-scramble-figure.com/)” that focuses on “scale” and “dynamism” to maximize the appeal of IP. I am working on the development of figures that will make
■ Company Profile http://www.estream.co.jp/
Company name: eStream Co., Ltd.
Tokyo Headquarters 23rd Floor, Shibuya Scramble Square, 2-24-12 Shibuya, Shibuya-ku, Tokyo
Representative: Rina Takai, President and CEO
■ About CyberZ http://cyber-z.co.jp/
Established in 2009 as an advertising marketing company specializing in smartphones. Developing a wide range of marketing businesses such as operation and effectiveness verification of smartphone
advertisements, production of transportation advertisements and web commercials. In addition to Japan, we also have branch offices in San Francisco, South Korea, and Taiwan, and support the overseas expansion of domestic advertisers and the expansion of overseas advertisers into Japan. In addition, we operate the game video distribution platform “OPENREC.tv” as a media business and “RAGE”, one of the largest e-sports events in Japan as an e-sports business.
As a 100% subsidiary of CyberZ, we operate “eStream Co., Ltd.”, an online entertainment business such as figure sales and online lotteries, and “CyberE Co., Ltd.”, an advertising marketing business specializing in e-sports.
Details about this release:
https://prtimes.jp/main/html/rd/p/000001192.000006792.html 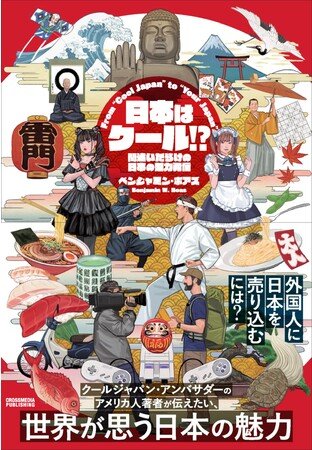