The expansion DLC “Blood River” introduces a new story campaign and new characters “Tara”, a cleaner who was expelled from the cult, and a companion Ridun (zombie) known as “Jeff”. With Tara on the team, the player can use the in-game whistle to summon Jeff. In addition to 8 types of exclusive character skins and 12 types of exclusive weapon skins, new weapons, accessories, and cards will be added to “Blood River”.
* “Blood River” is scheduled to be distributed as part of the “Deluxe Edition”, “Ultimate Edition”, “Annual Pass” and as a single item. ■ About “Back 4 Blood”
Back 4 Blood is a thrilling new co-op zombie FPS from the creators of the Left 4 Dead series. The story takes place in a devastated world where most of mankind has either been killed or infected with a deadly parasite called the Devil Worm. Specialists called “cleaners” who have overcome the cruel experience in this world gather to take back the world from the zombie “Ridun” that causes the threat of parasite infection for humanity on the verge of extinction. increase. Back 4 Blood features thrilling and dynamic gameplay at every moment, as well as varied and customizable action that will keep you coming back for more. is.
【Product Summary】
Product name: Back 4 Blood
Compatible models: PlayStation (R) 5 / PlayStation (R) 4 / Xbox Series X|S / Xbox One / PC (Steam / Epic Games Store)
Release date :
Regular version: Now on sale (released on Tuesday, October 12, 2021) Deluxe Edition: Now on sale (Friday, October 8, 2021)
Ultimate Edition: Now on sale (Friday, October 8, 2021)
price :
Regular version: 7,800 yen (8,580 yen including tax)
Deluxe Edition: 10,500 yen (11,550 yen including tax)
Ultimate Edition: 11,300 yen (12,430 yen including tax)
*Same price as the digital version
* Only the digital version of the “Ultimate Edition” and the Xbox Series X|S / Xbox One / PC version will be sold.
Genre: Cooperative Zombie FPS
Number of players: 1 (online only/up to 8 when playing online) Manufacturer: WB Games
CERO notation: Z division (only for 18 years old and over)
Copyright notice:
BACK 4 BLOOD(TM) (C) Turtle Rock Studios, Inc. All Rights Reserved. BACK 4 BLOOD(TM) and the BACK 4 BLOOD(TM) logo are the trademarks and/or registered trademarks of Slamfire, Inc. throughout the world Turtle Rock Studios(R) and the Turtle Rock Studios(R) logo are the trademarks and/or registered trademarks of Turtle Rock Studios, Inc. throughout the world. Published by WB Games Inc.
Official website: https://www.back4blood.com/ja-jp
Facebook: https://www.facebook.com/warnergame
Twitter: https://twitter.com/warnergame
YouTube: https://t.co/Z5IRcQusSA
WB GAMES LOGO, WBIE LOGO, WB SHIELD, and all related characters and elements are trademarks of and (C) Warner Bros. Entertainment Inc. (s22)
■Company names and product names mentioned are registered trademarks or trademarks of their respective companies.
Details about this release:
https://prtimes.jp/main/html/rd/p/000004875.000005397.html 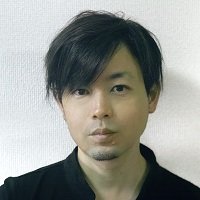