This time, we will announce the top 10 weekly views ranking of YouTuber videos released on the YouTuber channel from January 16th to January 22nd.
1st place (2.09 million views) is “HikakinTV”. The video of opening a Pokemon card lucky bag worth 10 million yen has attracted a lot of attention. Continuing from last week, it has won the first place for two consecutive weeks.
Second place (2.04 million views) is “Tokai On Air”. In addition, two songs (3rd place: 2 million views / 5th place: 1.84 million views) were ranked in the top, and it boasts overwhelming popularity with 3 rankings following last week.
4th place (2 million views) is “comdot”. Due to the influence of “Yuma”, this video became the first video of the new year. In addition, two other songs (6th place: 1.72 million views / 9th place: 1.58 million views) are ranked in, and the momentum is increasing soon after the revival.
In addition, “Momoka Japan” (8th place: 1.65 million views), which is popular for its close contact with people visiting Japan from overseas, has entered the ranking for the first time.
The YouTube analysis tool “Digital Creators” operated by Analyzelog Co., Ltd. will announce the top 10 YouTube weekly video playback rankings independently researched. The target is the video uploaded from January 16th to January 22nd. The rankings up to the 20th place are announced at Digital Creators below.
https://digitalcreators.jp/youtuberranking_1w_230123/
* Articles published on this PRtimes are licensed only when the above ranking link is set without nofollow.
YouTuber Views Ranking Top 10
[Image 1 YouTuber ranking
Hikakin TV (1st place)
A video of opening a Pokemon card lucky bag worth 10 million yen. At the beginning of the video, we review the collection shown in past unboxing videos, including the 5 million yen “Pokémon Card Game 20th Anniversary Pikachu Pure Gold Card”. Hikakin is excited about the addition of 10 million yen worth of Pokemon to the already gorgeous line-up.
All the contents of the envelope with stars 1 to 7 are “Charizard”. The next pack I opened was “Charizard”, and I thought, “Is it a Charizard lucky bag?”
In the end, the contents of the 10 million yen lucky bag were found to be about 11.5 million yen worth of Pokéka according to research by Hikakin. It is an irresistible dream video for Pokemon lovers. https://www.youtube.com/watch?v=hmZ7DLOsMCg
Tokai On Air (2nd, 3rd, 5th)
The video of “Tetsuya”, “Shibayu”, “Ryo” and “Toshimitsu” playing a three-game match on a midwinter river ranked second.
Under the direction of the moderator “Magnifying Glass”, everyone changed into track and field uniforms, and everyone shivered from the cold. The first event is “Gari-Gari-kun Eating Showdown”. For the 1st place “Tetsuya”. Socks were distributed. After completing the second event, “Water Balloon Avoidance Confrontation,” they move to another location and tackle the next event, but the audio is distorted, probably due to a camera malfunction.
The final event is the festival of jumping from a bridge into a river. It’s a project that requires too much effort in the extreme cold, but Tetsuya, who lost the Yamanote Line game, takes on the challenge. Just when you think the video is over, the magnifying glass suddenly falls over. In fact, this video is a project called “A video taken in the summer that is neither painful nor nothing. to the punchline. It seems that there are many viewers who did not notice even in the comment section that the voice disturbance was a cicada.

The 3rd place was divided into 2 teams based on the rule that you can take a taxi for the total cost of the food you ate, starting at 0 yen. Video of the fight.
First of all, both teams visit the same store to earn the first taxi fare. “Team Smart (‘Magnifying Glass’, ‘Ryo’, ‘Yumemaru’)” eat curry and board a taxi early, while ‘Team Bakatachi (‘Tetsuya’, ‘Shibayu’, ‘Toshimitsu’) ” is a strategy to earn a taxi fare at once after finishing a meal worth 15,400 yen.
After that, “Team Smart” ordered eight kabayaki eels, cleverly earning a taxi fare as the name suggests, and arrived first. “Team Bakatachi”, who unexpectedly lost time during a bathroom break at “Tetsuya”, buys Japanese sweets on the way, but loses the confrontation.

A project video called “Tokai On Airathlon” that aims to achieve good results in a competition that “Tokai On Air” seems to be good at ranked in 5th place.
The challengers are Tetsuya, Ryo, Toshimitsu, and Yumemaru.
“Magnifying glass” and “Shibayu” decide the event and also act as commentators.
The first competition is the popular project “1500m beef bowl” of “Tokai On Air”. It is a grueling competition in which you have to finish the beef bowl after running 1,500 meters. “Tetsuya”, “Ryo”, “Toshimitsu”, and “Yumemaru” arrive in order, and are stuffing their cheeks with gyudon.
The second competition is “500m office skiing”. You sit on a chair and use a cane to move forward without putting your feet on it. The order doesn’t change, and each one challenges skiing. The penalty for landing on your feet is to shout “The best on earth!”
After finishing the second event, “Toshimitsu” jumps to the top. However, the final competition is “cold water swimming”, so it is difficult to jump in. It was so cold that everyone gave up at the end. https://www.youtube.com/watch?v=_6HQ4T3_xc8&t=9s
Comdot (4th, 6th, 9th)
“Comdot”, which had been resting due to “Yuma”‘s flu, was ranked 4th in the video that reported the revival for the first time in the new year.
At the beginning of the video, I will talk about how to spend the New Year holidays. “Hyuga” talks about the snowboarding trip with “Theo”, “Yuta” and “Yuma” from “Skypeace”, saying, “It was really fun.” Looking back on his achievements in 2022, he talks about what he wants to challenge in the future, such as “making a com.dot movie,” “making a com.dot cartoon,” and “hosting a YouTube event.” Even in the comment section, there are many comments from fans who have been waiting for the revival.

The video that “Yuma” renamed by audience vote ranked 6th.
“Yuma” was renamed to “Urata” once in the same project last year, but it will be renamed again. “Yamato” talked about the name change as “a kind of rehabilitation program” and said that they expected “Yuma” to change their minds with the name change. However, the result is disappointing that only a dangerous guy named “Urata” was born. As a result of viewer voting, the activity name for 2023 will be “Yuma”, which has received more than 130,000 votes. The activity name was changed from “Urata” to “Yuma” again.

In commemoration of 4 million registrants, the video of “Comdot”‘s annual popular project “The 7th Popularity Poll” was ranked 9th. “Yamato” says that even fans who don’t like rankings, “I want them to enjoy it as entertainment.” Through the two-and-a-half-hour meeting, the divisions were selected so that the results of the popular vote would be fair, raising expectations for the results.
We are planning to conduct popularity polls in various categories such as “Who is the funniest?”, “Who is the most kind?”, “Who has the most gap?”

Heisei flamingo (7th place)
A video of talking while eating at home.
From the beginning of the video, a full-blown talk of “Heisei Flamingo” is unfolding. The two are on a diet, but they can’t control their desire to drink cola, so they decide by playing
rock-paper-scissors. Since “RIHO” won, it was decided to drink cola, and I am deeply moved. It is interesting to see how he stares at the cola that is poured into the cup, such as “Listen to the sound (of the cola)” and “It’s ripples (?)”.
In addition, he talks about love between men and women, and “NICO” says about cheating, “Even if you cheat and don’t do it again, you’ll find flaws other than cheating.” , The most important thing is right here.” Furthermore, regarding the person making excuses, he said, “No matter how unreasonable it is, you should first apologize for the fact that you made the other person feel uncomfortable.”

Momoka Japan (8th place)
“Momoka Japan” is a popular channel with videos closely related to people visiting Japan from overseas. A video of a couple from Australia eating eel for the first time.
The two of them are shocked that they can eat eel, saying, “It’s absolutely not delicious.” “Japan feels like another world,” said a woman who had a good impression of Japanese culture on her second visit to Japan. The two who drank plum wine for the first time were impressed that it was “very easy to drink.”
The two people who ate the main subject of the eel are impressed by the deliciousness of the eel. “Why isn’t it eaten in Australia?” “It might be a new business opportunity.”

Kiyo. (10th)
“Kiyo. ” challenges the popular game “Pocket Monster Scarlet”. When playing against the model Namiko, she retorted, “Are you filming in a place like this?” . ] is unfolding a high-tension talk. When the Pokemon in hand evolved into “Moro Barrel”, he said, “If you were Moro Barrel, would I be Kao Barrel?” It’s interesting to play with the incident himself.
https://www.youtube.com/watch?v=x-8xtGeY0VI
[Digital Creators] Weekly ranking of popular videos on YouTube. [Image 2 Digital Creators is a site where you can check the ranking data of YouTube’s popular channels and videos for free. We plan to release various data such as rankings by genre, as well as rankings by period such as weekly rankings, monthly rankings, and annual rankings. We also provide detailed data for a fee for advertising agencies and companies that want to use YouTube for promotion.
*A separate press release for DigitalCreators is planned.
[Operating company: Analyzelog Co., Ltd.]
Our company was established in May 2018 for the purpose of building a “creator-first” ecosystem for YouTubers and other creators, as well as digital strategy creation and operational support for Japanese content companies such as anime and manga. Currently, we are expanding our business from an influencer agent to a digital advertising agency. The founding team has various backgrounds in Google/YouTube, avex, Mizuho Bank, and popular YouTubers, and has strengths not only in YouTube know-how but also in tech, entertainment, and business. We aim to build a new ecosystem of online creators in a new form of agent, instead of the conventional office-type exclusive model. , Kotami no Channel, Ch Sen, Momo, Ai & Shii, Homo Sapi, and other popular YouTubers.
Company name: Analyze Log Co., Ltd.
Management team:
Representative Director and CEO Kensuke Miura
Founder COO Yutaka Hagiwara
Director: Masaomi Takagi
Outside Director: Benjamin Grubbs (CEO of Next10Ventures)
Outside Director: Ryusuke Ikeda (Management of the YouTube channel “Gacchanneru”)
Established: May 22, 2018
Head office: Seizan I 1002, 2-26-32 Minami-Aoyama, Minato-ku, Tokyo Capital: 439.93 million yen (including capital reserve)
Business description: Agent business for influencers such as YouTubers URL: https://analyzelog.jp
Digital Creators: https://digitalcreators.jp/category/youtube-ranking Adoption: https://www.wantedly.com/projects/598774 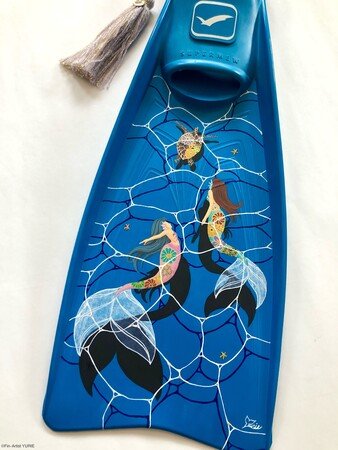