With the keyword “SUIT CHANGE” in this new commercial, Kanna Hashimoto wakes up in her pajamas asleep in bed, changes into a gorgeous suit, and presents a recommended suit style for freshers. The cute choreography that expresses the feeling of supporting the Freshers is also a highlight, along with the light BGM. The person himself also commented, “It’s a simple choreography, so I hope everyone can imitate it.” In addition, in the commercial, we had them wear suits in refreshing navy and soft gray, along with sweet flared skirts and tapered pants for a cool style. A blouse with frills and gathers on the chest is coordinated to create a gorgeous look for your special day. The CM “Kanna Hashimoto Suit Change Edition” has a 15-second version for TV and a 30-second version for WEB only, and you can also watch the making video.
[Table 2: https://prtimes.jp/data/corp/115161/table/2_1_3c997348b7c1a867fe9e4c75e11928a5.jpg ] ■ CM shooting episode
The theme of this freshers CM is “SUIT CHANGE”.
The camera pulls back from Kanna’s sleeping face at the opening, and the scene changes at once, and Kanna’s costume changes to a suit style according to the jump. At the timing of the jump, I changed clothes at once, and three Kanna-sans wearing different costumes were lined up on the screen, so I asked Kanna-san to do the same movement many times while changing costumes. Nana-san’s choreography was really perfect, and even she herself was surprised at the high synchro rate, saying, “It was so perfect!”
■ Comment from Kanna Hashimoto
Mr. Aoyama’s commercials for clothes are always very cute, and I wear refreshing costumes that are perfect for freshers, but this time the commercial is bright and fun, and it’s a commercial that fully expresses the feeling of “change!” increase! I wonder if I was able to take a picture with a cute atmosphere that seems to be trending on TikTok. The choreography is quite simple this time too, so I hope everyone can imitate it along with the music!
■Performer profile
[Image 8 -Kanna Hashimoto-
Born in 1999. In 2011, he made his film debut with Hirokazu Kore-eda’s film “Kiseki”.
In addition to appearing in commercials for many major companies, he is also active in a wide range of TV and variety programs.
In March 2016, he starred in Kadokawa Movie’s 40th anniversary film “Sailor Suit and Machine Gun -Graduation-” for the first time. Solo debut with “Sailor Suit and Machine Gun”, which is also the theme song of the movie.
In 2022, she will play the lead role of Chihiro in the stage play “Spirited Away” at the Imperial Theater in Tokyo. In addition, the movies “Kingdom 2 To the Faraway Land”, “Violence Action”, “Karada Search”, and “Black Night Parade” will be released.
On December 31, 2022, he will be the host of the “73rd NHK Kouhaku Uta Gassen”. ■ Song information
Song Name: Step&Step! / Artist Name: LEEVELLES
Lyrics: LEEVELLES / Composition: LEEVELLES / Arrangement: LEEVELLES Label: CREW RECORDS
■ Artist profile
-LEEVELLES-
A Japanese four-piece rock band formed on August 1, 2019.
Based in Tokyo, activities started on October 20, 2019. At the same time as the announcement of the start of band activities, the distribution limited album “Oriens” was released.
All recording process completed by members. The main illustration of the jacket was drawn by vocalist Ogawa, and most of the MV was completed by the members. Music influenced by various genres of Japanese music and Western music, such as rock, pops, and electro, and lyrics depicting nostalgia, dreams, and hopes deep in the heart, and words that spin fictional stories with a gentle yet powerful singing voice and performance. The music expressed in is the characteristic. In August 2021, the first CD album “SEASON” was announced. In October of the following year, the 2nd Full Album “COLORS” was released. On December 7th, O-WEST successfully completed their first one-man. Bringing new entertainment to the Japanese music scene.
[Image 9 ■ Artist comment
This song “Step & Step!” is based on the theme of “new life”, and was created with the desire to support the first step towards the coming future and new challenges. I think we have created a perfect song for this commercial! And actually, the melody of “Yofuku no Aoyama♪” is secretly hidden somewhere in this song!
Everyone please look for it! 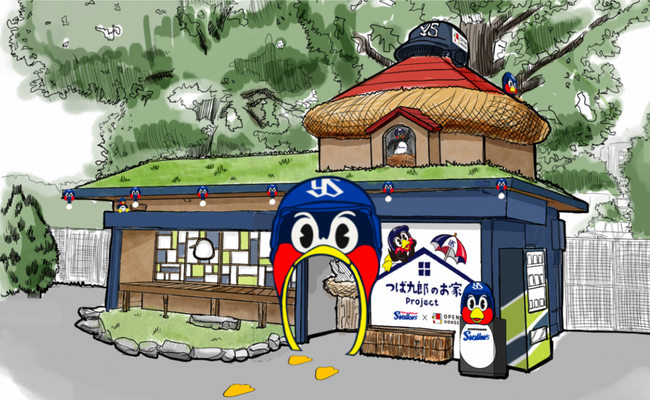