Beams Co., Ltd.
“BEAMS SPORTS GAME” event report “KINGS with BEAMS SPORTS” crossovers the culture of fashion and basketball to expand the community Ryukyu Golden Kings x BEAMS SPORTS The venue went wild with content that mixed cultures from sports to dance! There is also a pop-up shop inside Shinjuku Station where you can experience the Okinawa Arena.
Beams Co., Ltd. (Headquarters: Shibuya-ku, Tokyo; President: Hiroshi Shitara) is a brand that creates opportunities to feel the sports culture closer to you -BEAMS SPORTS-. : Okinawa City, Okinawa Prefecture, President: Toru Shiraki), a collaboration project “KINGS with BEAMS SPORTS” has started. To commemorate this, the home game of the Ryukyu Golden Kings on January 11 (Wednesday) was held under the name of “BEAMS SPORTS GAME”.
On the day of the event, the BEAMS SPORTS presents EXTREME SHOWCASE / HALFTIME SHOW was held at the Okinawa Arena goods shop, including the sale of original fashion items, to liven up the match. The venue was filled with excitement as they expressed the fun of basketball from various perspectives by crossing over diverse cultures such as dance, freestyle basketball, parkour, and BMX. At the same time, a concept movie expressing the world view of this project released on the 10th was shown on the Okinawa Arena’s giant screen. By combining various cultures such as basketball, fashion, and urban sports, the movie conveyed the charm of basketball in a new way, and the movie received a great deal of cheers.
In addition, a press conference was held before the game, where representatives of both companies, CEO Hikaru Ikeuchi of BEAMS CREATIVE CO., LTD. I spoke my thoughts and feelings. In addition, director Hideki Mizobata, who was in charge of planning the original fashion items for this project, talked about the thoughts he put into the design.
[Image 1

■ Press conference to talk about the background to the launch of this project In conjunction with the “BEAMS SPORTS GAME”, a press conference on this project was held at the venue. BEAMS CREATIVE CO., LTD. President Hikaru Ikeuchi explains why he chose the title of this project as “KINGS with BEAMS SPORTS.” I would like to make it an annual event,” and “-BEAMS SPORTS- has been promoting the fusion of fashion and sports, and the spread of basketball culture. I would like to aim to work on it, including support for regional revitalization.”
Okinawa Basketball Co., Ltd. (Ryukyu Golden Kings) President Toru Shiraki said, “The Ryukyu Golden Kings brand is gaining recognition in Okinawa Prefecture, but we would like to spread it to the whole country and to the world.” He said, “Fashion and sports go well together, and basketball in particular is recognized worldwide for its combination with fashion, so we would like to develop new markets by multiplying -BEAMS SPORTS-.” He talked about his desire to convey the charm and establish it as a culture.
Director Hideki Mizobata, who was in charge of planning the original fashion items, said, “At first, I approached the design with the idea of ​​spreading the Ryukyu Golden Kings to as many people as possible, but when I saw the game at the Okinawa Arena for the first time, I felt the power of the venue. I was overwhelmed, and this time I was conscious of creating something that would please the fans,” he said, expressing his thoughts on the design.
[Image 2

■BEAMS SPORTS presents EXTREME SHOWCASE
Created a crossover showcase of various urban sports such as freestyle football, parkour, BMX, and freestyle basketball, as if the basketball court were a street. The audience gave a big round of applause for their expressive performances with a perfect combination and a high degree of freedom.
[Image 4

■ HALF TIME SHOW
The dancers dressed in the original fashion item “ball print T-shirt” gave a lively and splendid dance performance at half time. It was a showcase that embodied the project’s goal of “expanding the community by crossing over fashion and basketball culture.”
[Image 5

■ Great response to sales of original fashion items!!
Gordy, the Ryukyu Golden Kings mascot, is in BEAMS orange color! A long line formed in front of the arena shop even before it opened for original fashion items.
Customers said, “I came early today to get the items” and “I bought a lot because I thought I could wear them casually”.
At the entrance, “Gordy”, who adopted BEAMS’s corporate color of orange, welcomed us, and it was impressive to see many fans taking pictures of the special appearance that could only be seen on this day.
[Image 6

■Basketball is now available inside Shinjuku Station! The pop-up shop is also a hot topic!
The pop-up shop at “BEAMS NEWS” will be specially wrapped to express the world view of the Ryukyu Golden Kings, and a 180 cm wide basketball goal will be installed inside the store, creating a space where you can experience the realism of the Okinawa Arena. It will be available from January 10th to February 2nd (Thursday).
In addition to the wall decorated with Okinawa Arena and the lineup of original fashion items, a basketball goal suddenly appeared in the Shinjuku station premises, and people passing by were looking back. Location: “Beams News”
Period: January 10 (Tuesday) to February 2 (Thursday), 2023
Address: 5-24-55 Sendagaya, Shibuya-ku, Tokyo, Newman Shinjuku 2F Ekinaka (inside JR Shinjuku Station New South ticket gate)
Hours: 9:00 – 21:00 (Weekdays and Saturdays) / 9:00 – 20:30 (Sundays and Holidays)
[Image 7

As the first project, Hideki Mizobata, the director of Beams Creative Co., Ltd., was involved in planning. Items that are useful not only for watching games but also for daily use, such as shirts reminiscent of Kariyushi wear and Ryukyu Golden Kings players. A lineup of 9 original fashion items, including printed T-shirts with newly drawn illustrations and muffler towels indispensable for cheering, has been announced.
Sales location/period
“BEAMS NEWS” pop-up shop January 10 (Tue) – February 2 (Thu), 2023 Ryukyu Golden Kings Official Online Shop From Tuesday, January 10, 2023 URL: https://www.bleague-shop.jp/coordinate/detail/167
Okinawa Arena Goods Shop From Wednesday, January 11, 2023
■ “KINGS with BEAMS SPORTS” concept movie overview
The concept movie of “KINGS with BEAMS SPORTS” is a fusion of various cultures, including basketball and fashion, which is the aim of this collaboration project, through the performers who love basketball. It is a movie that conveys with a new cut.
The movie starts at night on the basketball court, with Matsuya-san, who is known for being a big sneaker lover dressed in street fashion, tying the strings on his favorite basketball shoes and heading for the basketball goal. The focus is on the logo of the “ball print long sleeve T-shirt” that he is wearing, and overlaps Licaxxx, who is wearing the “ball print T-shirt” and standing with a ball in his hand on the basketball court. From the scene where SHOHEY, wearing a “camp collar shirt”, glides on a skateboard at a skate park, the stage moves to Okinawa. The orange and blue basketball court next to Araha Beach is unique to Okinawa, and the Ryujin Densetsu, which uses the Ryukyu Golden Kings team logo on the bandana to perform a dance using a dragon. Connect to the culture of Okinawa. YUI of the double dutch team REG☆STYLE, KEITA JUMPROCK, and K-SK of FLY DIGGERZ, all wearing the “Kinno Basketball T-shirt” featuring the dragon, joined the splendid double dutch scene on the street. The performers and the Ryukyu Golden Kings’ home arena, the “Okinawa Arena”, will overlap, and the Okinawan culture and street scene will merge. The movie returns to the basketball court at night and concludes with Matsuya’s serious expression as he dribbles and shoots.
“KINGS with BEAMS SPORTS” concept movie
YouTube URL: https://youtu.be/mcNGam3vq8Y
Starring:
Matsuya Onoe
Licaxxx
REG☆STYLE (YUI, KEITA JUMPROCK)
FLY DIGGERZ (K-SK)
SHOHEY
Beams Creative Ryo Hagiwara
Legend of the Dragon God
Planning and supervision:
92 (GReeeeN)
-BEAMS SPORTS-
■ “KINGS with BEAMS SPORTS” concept movie cut
[Image 10

What is the Ryukyu Golden Kings?
[Image 14

Belongs to the domestic professional basketball league B.LEAGUE “B1”, We are active throughout Okinawa Prefecture as our home.
The philosophy of club activities is “Make Okinawa more energetic!” Okinawa Arena with a capacity of up to 10,000 people newly established in 2021 (located in Okinawa City, Okinawa Prefecture) as a home arena, So far, the team has won four domestic tournaments and won one international tournament, making it one of the strongest teams in the league.
Official website: https://goldenkings.jp/
Official Twitter: https://twitter.com/RyukyuKings
What is BEAMS SPORTS?
[Image 15 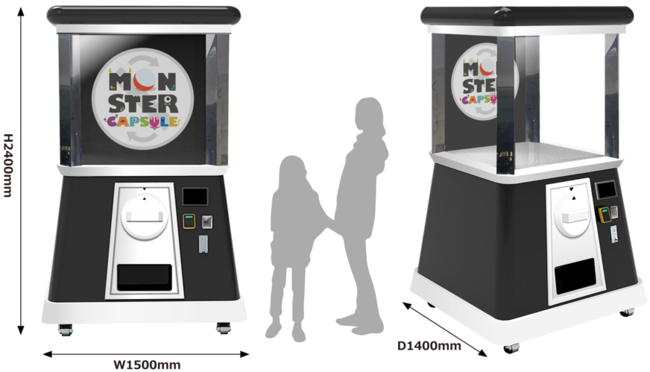