The “California Almond Association” (based in Modesto, California, USA), which is organized by about 7,600 almond farmers and over 100 processors in California, the world’s largest almond production area, will start in January 2023. For two weeks from “Almond Day” (Note 1) on Monday, February 23 to Sunday, February 5, “California Almond Fair 2023” will be held at 41 popular restaurants and cafes in the Tokyo, Kansai and Fukuoka areas. ” will be implemented.
This time, 123 original menus using California almonds, which were elaborately developed by the chefs of each store participating in the “California Almond Fair 2023”, have been announced.
(Note 1) “Almond Day” was registered and certified by the Japan Anniversary Association on October 31, 2018.
Almonds are known as whole almonds as a common snack, but there are various shapes such as almond slices, almond butter, almond milk, almond powder, etc., and they can be easily incorporated into a wide range of menus. At the “California Almond Fair 2023”, 123 almond menus with a wide variety of variations, such as drinks such as smoothies and lattes, sweets such as cakes, and meals such as pasta and set meals, will appear on January 23rd.
All participating stores have incorporated almonds, which are highly effective in beauty and health, into their original recipes in their respective genres. For example, the “Homemade Almond Milk 23 Smoothie” (SYNdicade cafe) uses about 23 almonds, the recommended daily intake, and the new proposal “Roast and almond hummus,” which makes hummus, which is usually made from chickpeas, with almonds. Avocado Toast Lentil Soup” (HEAVENLY Island Lifestyle Daikanyama), and “Almond Itafu Millefeuille” (BiO cafe) that uses itafu and almond cream and does not use animal products. .
You can check the details of the store, menu, etc. from the special site (https://123almonds.jp/).
Outline of “California Almond Fair 2023”
[Image 2 -Comment from Ikeda, the store manager chef-
When I was asked to participate in the California Almond Fair 2023, I decided to participate in the hope that it would help spread almonds. CHAYA has been using almond milk instead of dairy products for the past 4-5 years. Now, it has become a must-have item due to its flavor, effect, and efficacy. The unique aroma and richness of almonds greatly enhance the value of cooking. In addition, almonds are a wonderful food that contains nutrients that everyone should definitely take, such as rich dietary fiber, oleic acid necessary for the body, and vitamin E that is effective against ultraviolet rays. This time, Chaya’s chef carefully examines these characteristics and brings out the individuality of almonds. Please take this opportunity to enjoy the marriage with almonds.
-What is CHAYA Macrobi Shiodome-
A restaurant that offers macrobiotic and vegan meals based on the concept of “Healthy & Beauty. An organic way of life that makes you beautiful by eating.”
Address: The Royal Park Hotel Tokyo Shiodome 1F, 1-6-3
Higashi-Shimbashi, Minato-ku, Tokyo
Phone number: 03-3573-3616
WEB: https://chayam.co.jp/restaurant/shiodome/
● HEAVENLY Island Lifestyle Daikanyama
[Image 5 -Comment from Chef Sato-
Through the development of this menu, I once again felt the charm of almonds, an ingredient that I used every day as a matter of course. . Conscious of “cooking that will energize the mind and body”, we combine highly nutritious ingredients such as almonds, acai, and avocado. It is a menu that you want to eat at the beginning of the day and start a pleasant morning.
-HEAVENLY Island Lifestyle Daikanyama-
All-day dining that can be used in various scenes from breakfast to dinner. You can enjoy healthy and natural meals with the concept of Eat Local in a restaurant that reminds you of a beach.
Address: Daikanyama Plaza 2F, 24-7 Sarugakucho, Shibuya-ku, Tokyo Phone number: 03-6416-9385
WEB: https://heavenly-daikanyama.zetton.co.jp/
●ShinyOwl Omotesando
[Image 7 -Comment from Chef Mita-
The recipe was developed to take advantage of the texture, color, aroma and taste of almonds. I tried to make it look beautiful when served, and to show off the goodness of the almonds. Almonds in your diet? Some people may think that, but I would like you to try it once. -ShinyOwl Omotesando-
Supervised by Diana, who creates proportions. It is an Italian restaurant where you can casually enjoy art-like cuisine with an approach from “food” for “beauty and health”.
Address: 4-7-1 Jingumae, Shibuya-ku, Tokyo
Phone number: 03-6851-4368
WEB: https://www.shiny-owl.com/
● My Banh Me by Gluten Free Tokyo
[Image 9 -Comment from Chef Yoshizawa-
Until now, I have never had the opportunity to say “Let’s do it!” to develop a menu using almonds, so this time I worked with a very fresh feeling. While other restaurants have introduced menus with the theme of almonds, I was particular about creating a menu with a strong presence.
In this menu, the almonds are roasted just before serving to increase the aroma, and the cut ones are used as an accent to the texture by combining them with other ingredients. I think we have created a menu that allows you to fully enjoy the deliciousness of almonds. -Italian Dining & Cafe DECO-
Enjoy exquisite Italian cuisine prepared by a Michelin-starred chef in an open resort space with a view of the park that stretches out before your eyes.
Address: 1-5-12 ACDC;02 1F, Awaza, Nishi Ward, Osaka City, Osaka Prefecture Phone number: 06-6531-9500
WEB: https://r.gnavi.co.jp/kan9100/
● TABLES Coffee Bakery & Diner
[Image 13 -Comment from Manager Yoshino-
I was thinking of a product using nuts, so I decided to participate in the “California Almond Fair 2023”.
This time’s recommended menu, “Almond Praline Paris Brest”, is a mousseline (a combination of almonds, custard, and butter) that makes use of the aroma of almonds, so that you can feel the various flavors of almonds in one sweet. ) and lightly melted almond whipped cream combined with crispy baked cream puff dough. We hope you will enjoy the different flavors of each layer and the crunchy texture of the almonds.
-TABLES Coffee Bakery & Diner-
From freshly baked pancakes and hand drip coffee to beer and wine. It is a cafe that can be used in various scenes throughout the day regardless of weekdays or weekends.
Address: 2-9-10 Minami Horie, Nishi Ward, Osaka City, Osaka Prefecture Phone number: 06-6578-1022
WEB: http://www.tables-coffeebakerydiner.com/
[Fukuoka area]
● cafe & dining HAPPY HILL
[Image 15 -Yamada owner comment-
I was able to enjoy the development of this menu because I thought that I could make new proposals and opportunities to rediscover the nutrients and effects of almonds, a food that is familiar to me, and how to use them.
I think that we can promote the deliciousness of almonds in both familiar combinations, as well as in ways that are not usually used, such as using almond paste for lattes and dressings.
-cafe&dining HAPPY HILL-
An adult café in Imaizumi, Fukuoka, run with the desire to casually enjoy authentic cuisine in an area with many young people. We offer carefully selected ingredients with the best cooking methods. Address: 1-7-21 Imaizumi, Chuo Ward, Fukuoka City, Fukuoka Prefecture Phone number: 092-791-3299
Website: https://happyhill-fukuoka.owst.jp/
“California Almond Fair 2023” Instagram Stories Voting Campaign [Image 17 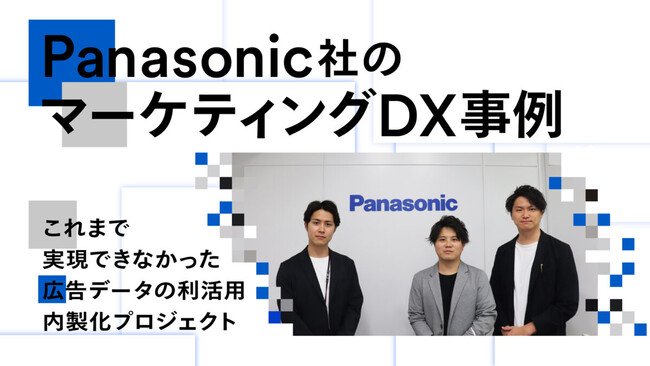