The Steam version “Volzerk” is the Steam (PC) version of Colopl’s first full-length 3D action RPG “MONSTER UNIVERSE”. (*The name of the overseas smartphone version is also “Volzerk: Monsters and Lands Unknown”) You can play for free until the ending of the story, and it is a work that assumes more than 60 hours of play time.
The stage of the story is “Fort Lemuria Island” where unknown creatures called “monsters” live. Aiming to revive the legendary guardian dragon “Vorzark” of the island that disappeared one day, you can enjoy the adventure of creating “monsters” with the story’s main character “Fina”.
In the smartphone version, the viewpoint is fixed to improve operability, but in the Steam version of “Volzerk” you can freely operate the camera and move the viewpoint. In addition, we have increased the number of monsters that appear on the field and improved the graphics according to the play environment, and have devised ways to make the battles more enjoyable.
In addition, this work is a challenging title that challenges multi-platform (smartphone and PC) distribution. You can enjoy “breeding” to create new “monsters” together by sending out “monsters” one by one with your friends on the smartphone version. And since the data of the smartphone version and the Steam version of “Volzerk” can be linked, it’s possible to play using different platforms while out and about at home.
By purchasing paid content for this work, you can enjoy adding playable characters and character episodes. In addition, we plan to support English in a future update.
[Overview of Volzerk: Monsters and Lands Unknown] Fort Lemuria Island.
Discovered in the distant sea, this island is home to rich nature, numerous mysterious ruins, and unknown creatures called “monsters.” Mankind, fascinated by this island, eventually formed a survey team. Try to investigate the island while deepening interaction with monsters.
But one day, a fierce battle broke out between the island’s guardian dragon, Volzark, and the magical beast, Magna. both disappear. 10 years later.
Due to the disappearance of Vorzak, the monsters were on the verge of extinction.
Meanwhile, a girl joins the investigation team.
Her name is Feena. He was the only human who ever witnessed the disappearance of Volzark.
In her heart, she loves monsters and only wants to flirt with them. A strong desire to reunite with Vorzak was hidden.
● Game Features
■ “Pairing” “monsters” in the vast land! Let’s grow and fight together [Image 4 “MONSTER UNIVERSE” is a distinctive 3D action RPG in which characters and “monsters” fight together. By defeating the “monsters” you meet in the field, you can “pair” them and make them friends. Equipped with a deep monster training system that inherits skills and characteristics. ■ Let’s create your favorite “monster” by “breeding”
[Image 5 By combining “monsters”, new “monsters” are created. You can also “breed” by taking out one by one with your friend. Find your favorite “monster” from about 15,000 combinations. You can also “breed” friends between the smartphone version and the Steam version of “Volzerk”. ■ Let’s challenge a strong enemy with full-fledged action
[Image 6 “Monsters” with ferocious and powerful power will appear in this work. Use your skills and techniques to fight monsters many times your size. Experience exhilarating action by mastering a variety of skills by combining the characters you control and the “monsters” you have made friends with.
■ Differences between the smartphone version and the Steam version ・Movement of viewpoint camera
“In the smartphone version, you can focus on controlling the battle by fixing your point of view.” In the Steam version, you can look around the field by moving the camera and moving the viewpoint. Especially on the home screen, you can see the “monsters” relaxing by pointing the camera behind them, which cannot be seen on the smartphone version. ・Adjustment of graphics
“The number of displayed monsters has increased in the Steam version, taking into consideration the challenge of field battles.” In addition, you can adjust the expression of the field such as water and grass by setting the graphics.
●Sound
Ms. Yoko Kanno participated in the in-game music.
The soundtrack “MONSTER UNIVERSE ORIGINAL SOUNDTRACK”, which includes 18 songs by Yoko Kanno from the BGM in the work, the theme song “Trace My Fears” and the insert song “Ao no Uta”, is now available on various music distribution services. Download and streaming distribution will start on January 27th.
■Distributed songs and store details
https://linkco.re/fP0Em3nb
・Theme song
“Trace My Fears” Yoko Kanno feat. chelly
[PV] https://youtu.be/zqA8ZqAp6pE
[Video 4: https://prtimes.jp/api/movieim.php?url=www.youtube.com/watch?v=zqA8ZqAp6pE] Composer: Yoko Kanno
Lyricist: ermhoi
Performance: Koichiro Muroya Strings, Susumu Nishikawa
·Insert song
“Ao no Uta”
Composer: Yoko Kanno
Lyricist: Ameko Kodama
[Coropl Co., Ltd. Company Profile]
Company name: Colopl Co., Ltd. https://colopl.co.jp
Location: Midtown East 6F, 9-7-2 Akasaka, Minato-ku, Tokyo
Established: October 1, 2008
Capital: 6,587 million yen (as of the end of September 2022) Representative: Takashi Miyamoto, President and Representative Director Business description: Development and provision of smartphone games and consumer games
Development and provision of XR, Metaverse, and blockchain games Investment in domestic and overseas unlisted companies and fund management Official Twitter: https://twitter.com/colopl_pr
Official Facebook: https://www.facebook.com/coloplinc/
Colopl’s mission is “Entertainment in Real Life”, and we will continue to focus on expanding smartphone applications, and provide
entertainment that makes “daily life”, which is almost all of people’s lives, more enjoyable and wonderful.
(C) COLOPL, Inc.
(C) 2023 Valve Corporation. All rights reserved.
* Colopl and the Colopl logo are registered trademarks of Colopl Co., Ltd. *AppStore and iOS are registered trademarks of Apple Inc. in the United States and other countries.
*GooglePlay and Android are trademarks of Google LLC.
*Steam is a trademark and/or registered trademark of Valve Corporation in the United States and/or other countries.
*All other trademarks are trademarks or registered trademarks of their respective owners.
*Images include those under development.
*Purchase of compatible devices and communication charges are the responsibility of the customer.
※It is an item billing system.

19 Oct 22 rehow
Graphic-sha Co., Ltd. I can't believe there is so much paper in the world and…
Uncategorized
1 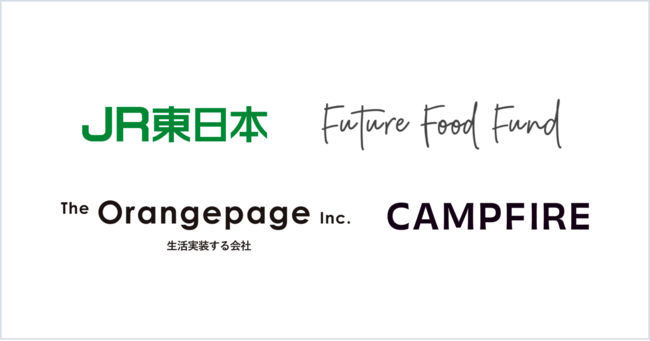