main visual
[Special site] URL: https://theatreforall.net/virtual_nippon_bodies/ This work, in which bodies with a sense of dynamism appear in front of us beyond the screen, presents the possibilities of physical expression unique to data that can be viewed from anywhere in the world at any time. I will tell you. In the app, you can see the picture book, and there is also a function that allows you to combine each 3D data and motion capture* individually, so you can create various patterns of performances in front of you. In addition, limited edition original works such as the “Specimen Poster,” which reveals three-dimensional information when viewed through the app, and the experimental “Experience Trading Card,” which combine body cards and movement cards to create an iconographic image. increase.
*Motion capture: A technology that records human “movements” by recording the positions and movements of parts that characterize human movements, such as joints.
On February 11 (Saturday), the release date, an event will be held at Civic Creative Base Tokyo [CCBT], inviting the performers of the project, digital archives of the body and cultural assets, and experts on virtual events. (Shibuya). It will be a day to think about the possibilities of creating works with the theme of storage and utilization of “digital body data”, examples of utilization, future possibilities, etc. There will be 5 relay-type talk events, workshops, exhibitions and hands-on corners moderated by general director Tomu Kawada. Limited cards with AR function will be given as a special gift to the first 100 event reservations and visitors, so please come and join us.
In recent years, there has been a growing movement to “open up data” both in Japan and overseas, but the cost of producing 3D models was initially high, and even today, the use of 3D models is still common. There are situations where it is not. In the future, as technology such as 3D data and motion capture become more familiar, we will explore the possibilities of new art and performance that can be realized by making the body AR.
[Performer: Message from Sachiko Kobayashi]
I believe that this activity will surely create the form of
entertainment in the future. I always want to keep my antenna up and try new and interesting things. In the past and now, it was great to work with the three suspicious AR brothers!
[Image 2 General Director: Message from Tomu Kawada
The movement to take human existence lightly was the first move of the corona misfortune. Many of the talented artists involved in
entertainment and the arts, who could not expect audiences to mobilize, had nowhere to go. Body and movement, if I could capture this with digital technology and archive it in the best condition. We have been trying for several years in this direction, believing that if we could reproduce it in a new way, the situation would change. This year, I would like to update the archive + playback method with the motif of a picture book, a specimen, and a card game. We hope that all producers of art and performing arts, those involved in physical expression, those in charge of museums, and those in charge of goods will participate and expand the possibilities of digital archives together.
[Image 3 Management: precog Co., Ltd.
We are a production company that plans and manages various “events” to be held in Japan and overseas. We will create an exciting chemical reaction with the audience and artists, and convey the fun of the “current” that is updated daily. By leveraging the networks and relationships unique to precog and conducting repeated research from multiple perspectives, we continue to improve the quality of our works and performances, and pursue the contemporaneity of our projects and the continuity of our business. We find value in everyday
“expression”, connect with the international scene and local communities, and create the future of “expression” with an eye on education and welfare.
https://precog-jp.net
[Image 15 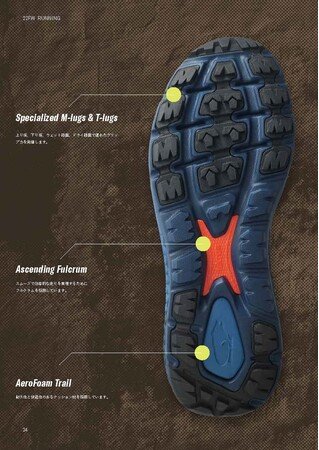