Game Age Research Institute Co., Ltd.
Investigate titles that increased the number of users during the year-end and New Year holidays_Acquire users strategically through TV commercials and events
Different types of users are acquired depending on the content of the ad creative

■ “Disney Tsum Tsum” has gained a wide range of users
First, let’s look at “LINE: Disney Tsum Tsum”.
“Disney Tsum Tsum” is a puzzle game that started service on January 19, 2014. The app, which features deformed Disney characters called “Tsum,” has long held the top spot as the title with the most active users among Japanese mobile games, especially from those in their 40s. This app is very popular among women in their 50s.
From December 26th, an event commemorating the 9th anniversary and the year-end and New Year holidays will be held, and you can receive various in-game limited items. Also, from December 26th, a new commercial starring four members of “Nogizaka46” Mizuki Yamashita, Yuki Yoda, Haruka Kaki, and comedian Fuwa-chan has started airing. I’m excited.
Looking at iGage’s data, we can clearly see the impact of the initiative. Since December 26, active users have increased in all age groups, but users in their teens and 20s, who originally had a small percentage of users, have nearly doubled. [Graph 1.]
[Image 2

■ “Uma Musume” has doubled the number of main users
Next, let’s look at “Uma Musume Pretty Derby”.
“Uma Musume Pretty Derby” is a simulation game that trains
anthropomorphic racehorses, which was released on February 24, 2021. It is a work that mixes various media such as anime, manga, and stage, and is a popular app especially among men in their 20s and 30s. “Uma Musume Pretty Derby” will hold an event to commemorate the year-end and New Year holidays from December 29th, including the implementation of characters wearing costumes inspired by the New Year, a large-scale login bonus campaign, and free 10 consecutive gachas once a day. Campaigns were held. Also, from December 29th, a new TV commercial featuring “Kitasan Black” and “Satono Diamond” dressed in newly implemented New Year’s costumes has started to air. Looking at iGage data, the number of active users has been increasing since December 29, with a noticeable increase in those in their teens to 30s. Among them, users in their 20s have nearly doubled from the 400,000 level to the 700,000 to 800,000 level. [Graph 2.]
[Image 3

It is noteworthy that the number of users in their 20s, who have the largest number of users, has increased further for Uma Musume. By implementing new costumes for popular characters and using them in commercials, users of the same generation who had never played the game or who had left the game returned to play. It is possible. ■ “Heaven Burns Red” has acquired users over a long period of time Finally, I will watch “Heaven Burns Red”.
“Heaven Burns Red” is an RPG game with a dramatic story that started distribution on February 10, 2022. Key’s Jun Maeda, who worked on “AIR” and “CLANNAD”, is in charge of the draft and main scenario, and the story is popular among people in their 20s and 30s.
“Heaven Burns Red” started a Christmas event on December 16th, and a login bonus campaign was held at the same time. Also, from December 16th, a new commercial has started airing. Comedian Magical Lovely Krystal Noda and actress Rio Uchida appeared in the commercial, and the content appealed for a high level of storytelling. From December 30th, an event commemorating the year-end and New Year holidays has started.
Looking at iGage data, we can see a gradual increase in the number of users in their teens to 40s from the 16th, when the commercial began airing. The number of users has increased by about 20,000. [Graph 3.] [Image 4

“Heaven Burns Red” was a content that emphasized the goodness of the game story. Like Tsum Tsum, it is thought that it succeeded in acquiring a wide range of users.
This time, we took up “Heaven Barns Red”, which aired new TV commercials from mid-December to the year-end and New Year holidays, and “Disney Tsum Tsum” and “Uma Musume”, which aired new TV
commercials during the year-end and New Year period. You can see that the .
Unlike web advertisements, where targeting is relatively clear, TV commercials are difficult to ensure that the target users will watch them. However, during the year-end and New Year holidays, there will be more opportunities for family gatherings due to the long vacations, and it is possible that there will be more opportunities to watch TV than usual.
Precisely because it is such a period, we have focused on appealing with large-scale TV commercials that are passive media but are easy to gain the trust of viewers, and have strategically combined them with digital advertising that utilizes various channels on the Internet. , I think it was effective in reaching out to users.
[Image 5 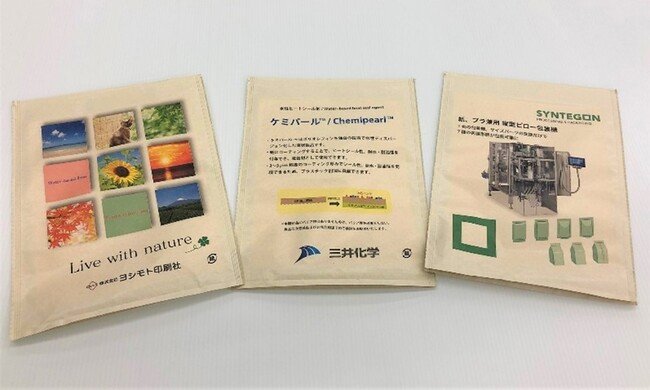