GMO Internet Group
Awareness survey on overseas travel – 2nd round – conducted in Europe, America and Oceania [GMO Research]
Big differences in international travel intentions and outcomes in APAC
GMO Research Co., Ltd. (President: Shinichi Hosokawa, hereinafter referred to as GMO Research), which develops the Internet research business in the GMO Internet Group, uses its own panel (*1) network that enables online research in 53 countries and regions around the world. We conducted an “Awareness Survey on Overseas Travel” targeting a total of 3,000 monitors in six countries in North America, Europe, and Oceania. This survey was conducted in October 2022 for a total of 3,328 monitors from 10 Asian countries and regions using the panel network “ASIA Cloud Panel” (* 2) owned by the company. As the second survey (*), we explored the differences in survey results between Europe, the United States, and APAC.
[Image 1 ●Survey theme: 2nd round of awareness survey on overseas travel ●Survey area: USA, Canada, UK, Germany, France, Australia
●Survey target: 3,000 men and women aged 20-69
(US 500, Canada 500, UK 500, Germany 500, France 500, Australia 500) Survey period: November 22nd to 25th, December 23rd to 28th, 2022 ● Survey method: Internet survey (closed survey)
*Click here for details of the overseas travel awareness survey in Asia conducted in October 2022.
https://gmo-research.jp/pressroom/survey/voluntary-survey-20221125 (*1) A panel is a collection of monitors. A monitor is an individual member who has given their consent to participate in the survey. (*2) “ASIA Cloud Panel” is a general term for consumer panels specializing in the Asian region of the Internet research service “GMO Research Cloud Panel.”
[Points of survey results]
・Europe is popular as a travel destination in Europe and the United States, while there is a strong interest in Japan and South Korea in Asia.
・Compared to Asian countries where many countries show a cautious stance on overseas travel, Europe and the United States are already enthusiastic about traveling abroad.
・Information sources for overseas travel differ from country to country, and few people in North America use SNS as their information source.
【Investigation result】
Japan is the second most popular travel destination in Europe and the United States in Asia after Europe
When asked which country they most want to visit in the near future, in North America Italy (10.5%), England (9.0%), Australia and Japan (6.8% of the same rate) (*3), in Europe the United States (10.2%), Spain (9.3%) ) and Italy (7.7%) occupy the top three countries. In APAC, Japan (20.3%), South Korea (6.6%), and the United States (5.4%) rank in the top three countries. By country, Italy (14.1%) in the United States, the United States (14.2%, 9.7%, 18.8%) in the United Kingdom, France, and Canada, Spain (10.9%) in Germany, and New Zealand (11.0%) in Australia. It was the number one country I wanted to visit (Fig. 1). By the way, in the previous overseas travel survey in 10 Asian countries, Japan was the United States and Taiwan (same rate), and the other 9 countries/regions were the top destinations for Japan to visit.
[Image 2 (Fig. 1) Countries you most want to visit in the near future ■ Reasons why the country was chosen as the number one country to visit Looking at the reasons why each country was chosen as the number one country to visit, the reasons for choosing the United States were “Many tourist attractions” (25.4%), “Unique cultural experiences” (13.5%), ” Unique natural scenery” (9.9%) was the most popular answer (Fig. 2). America is a vast country, and each state has its own charm, from big cities such as New York, where cutting-edge trends are born, to Los Angeles, the mecca for movies, to national parks such as the Grand Canyon. In addition, a certain number of respondents cite “beach resorts” as a reason, indicating the high popularity of Hawaii. The most common reasons for choosing Italy were “traditional cuisine” (29.0%), “unique cultural experience” (24.2%), and “historic buildings/sites” (12.6%). There are many respondents who want to enjoy the world-famous Italian cuisine in Italy, and it is thought that there is a high level of interest in Italy’s historic buildings, which have many World Heritage Sites. On the other hand, the overwhelming majority of respondents chose “beach resorts” (36.1%) as the reason for choosing Spain, suggesting that there is high demand for trips aimed at staying on islands in the Mediterranean and Atlantic Oceans. .
The most common reasons for choosing Japan were “unique cultural experience” (22.6%), “traditional cuisine” (18.5%), and “many tourist attractions” (14.4%). It is believed that many people are fascinated by Japan’s unique culture, such as temples and shrines, and the world-famous Japanese cuisine.
Other reasons for choosing New Zealand were “unique natural scenery” (23.3%), “unique cultural experience” (16.2%), “many tourist attractions” (15.7%), and Taiwan as a reason for choosing “unique.” cultural experience” (29.6%) and “traditional cuisine” (29.4%). [Image 3 (Figure 2) Reason for choosing the country you want to visit In addition, in the second awareness survey, Japan was the only Asian country ranked in the top 5 most desired countries to visit in the five countries of the United States, Canada, the United Kingdom, France, and Australia (Fig. 3). Respondents who chose Japan as a country they would like to visit were asked what kind of experiences they would like to have when they visit Japan. Sightseeing,” “Experience the four seasons,” and “Visit galleries and museums” ranked in the top five. In addition, there is a high level of interest in “rural, mountain and fishing village experiences” in each country, while in the United States and Canada, there were many votes for “pop culture experiences,” and in Australia, there were many responses for “hot springs” and “shopping.”
[Image 4 (Fig. 4) Frequency of overseas travel
Regarding information sources used for overseas travel information gathering, both overall and by country, the most common responses were “web searches” and “word of mouth from friends and acquaintances,” followed by “travel blogs” and “travel reservation sites.” was taken. By country, a certain number of respondents in Japan, China, South Korea, Hong Kong, Indonesia, Thailand, Germany, and France used SNS as a source of information, while in other countries there were few responses that used SNS as an information source. It was found that few respondents collected information. Also, in the six countries of China, Hong Kong, Singapore, Thailand, the Philippines, and Vietnam, more respondents said they would refer to “Internet banner ads” than in other countries/regions.
[Overview]
Even though there is a tendency to choose neighboring countries that are generally feasible as destinations they want to visit in the near future, the result reaffirms that the United States is highly popular from all directions. On the other hand, not only is Japan popular in Asia, but it is also ranked among the top travel destination candidates in North America and Europe, indicating that interest in traveling to Japan is growing globally.
In order to prepare for the expected full-scale recovery of inbound tourists in the future, GMO states that there is an urgent need in each country to promote initiatives such as improving the environment for accepting inbound tourists, creating attractive content, and creating guidelines to prevent the spread of infection. Research thinks.
[About GMO Research Inc.]
GMO Research is developing a business that spreads a new audience engagement platform that realizes the reconstruction of the
relationship between companies and consumers under the philosophy of “Thinking to the world”.
Utilizing a panel network that enables online research to consumers in 53 countries and regions around the world, including the “ASIA Cloud Panel” that has approximately 53.27 million (*4) monitors in 16 countries and regions in Asia, We receive survey requests not only from Japan but also from companies around the world.
(*4) As of the end of January 2023.
that’s all
[Inquiries regarding this matter]
●GMO Research Inc.
Business Development Headquarters/Sales Development Department Kitazawa  TEL: 090-7214‐8641
E-mail: shingo.kitazawa@gmo-research.jp
[GMO Research Inc.] (URL: https://gmo-research.jp/)
Company name: GMO Research Inc. (TSE Growth Securities Code: 3695) Location: Cerulean Tower, 26-1 Sakuragaoka-cho, Shibuya-ku, Tokyo Representative: Shinichi Hosokawa, President and Representative Director Business description ■ Internet research business
Capital 299.03 million yen
[GMO Internet Group, Inc.] (URL: https://www.gmo.jp/)
Company name: GMO Internet Group, Inc. (TSE Prime Securities Code: 9449) Location: Cerulean Tower, 26-1 Sakuragaoka-cho, Shibuya-ku, Tokyo Representative: Masatoshi Kumagai, Representative Director and Group Representative
Business description■Internet infrastructure business
■ Internet advertising and media business
■ Internet financial business
■Crypto Asset Business
Capital: 5 billion yen
Copyright (C) 2023 GMO Research, Inc. All Rights Reserved.
Details about this release:
https://prtimes.jp/main/html/rd/p/000003851.000000136.html 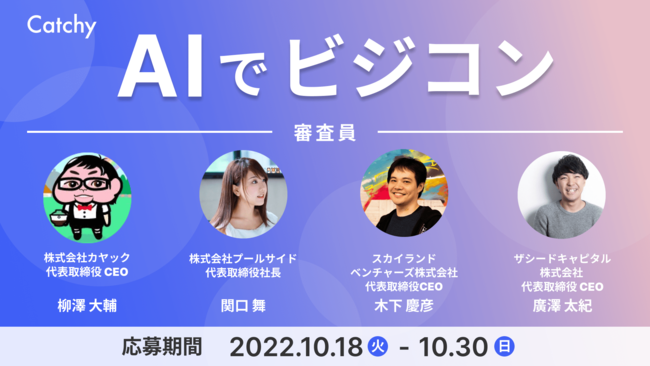 18 Oct 22 rehow
Digital Recipe Co., Ltd. "Business contest made with AI" will be held in which anyone…
Uncategorized
0 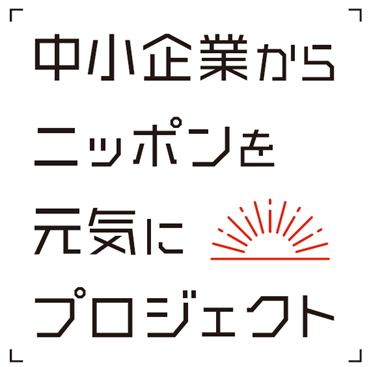