Review Co., Ltd.
[Survey report] Who is your favorite character in the Mario series? The first place was “Yoshi”!

The information media “Blockchain Game de Earn”
(https://sublogg.com/subgame/) operated by Review Co., Ltd.
(https://jafmate.co.jp/) is a useful information media for teens and older all over Japan. We conducted a questionnaire survey on “Favorite character in the Mario series” for people.
We will publish the results.
Survey outline
Survey target: Men and women in their 20s and older
Survey date: January 2023
Research agency: In-house research
Survey method: Voluntary responses via the Internet
Number of people surveyed: 100 (65 women and 35 men)
*When quoting the results of this survey, please use the URL of “Blockchain Game de Earn” (https://sublogg.com/subgame/).
Summary of survey results
When I surveyed my favorite characters in the Mario series by questionnaire, the first place was “Yoshi”.
Others will be introduced in the ranking format.
[Image The first place is “Yoshi”.
After 2nd place, “Kinopio” and “Peach” followed, and “Daisy” came in 8th place. 1st place: Yoshi
・Because the figure that emerges from the egg is cute, and Yoshi Kart from Mario Kart is so cute that I use it a lot. (Female in her 20s) ・I like her character because she is neither too strong nor too weak. I also like it because it looks cute and is easy to select in-game. (Female in her 20s)
・A convenient item that puts Mario on. I am very grateful that they eat enemy characters. It’s a pity that they go somewhere as soon as they get off. (Male in his 40s)
The first place was “Yoshi”.
Some people commented that it was useful not only because it looked cute. 2nd place: Kinopio
・Because the characters are cute. I also like the yellow color. I look at him like a little brother because he’s cute. (Female in her 40s) ・Because I think you’ll want to cheer for Princess Peach because she’s so small and has such a brave figure taking care of her personal belongings. (Female in her 20s)
I have always thought that mushrooms are the cutest. The form is also charming, and for some reason I think it’s absurdly cute. (Female in her 40s)
The second place is “kinopio”.
It looks cute anyway! There were many reasons.
3rd place: Peach
・Because I think it’s a feminine and cute character. Peach has been my favorite since I was a kid, and I always chose Peach whenever I played Mario Kart. (Female in her 30s)
・Personally, I like him because he’s a very cute character with the image of being the only girl in the Mario series. (Female in her 20s) ・Because he’s the kind of person who gets kidnapped by Bowser over and over again. She’s actually beautiful, has a great style, and is a highly skilled Mario Kart driver. (Male, 30s)
4th place: Mario
・He is a character that everyone from children to adults know and seems to have a sense of stability. Although he has a beard, his charm is indescribable cuteness. (Female in her 30s)
・Because he is the main character, he is well-balanced and easy to use when playing games, so I often play as Mario, so I inevitably like him. (Male in his 40s)
・After all, it can be seen as a central figure with a flower. The red clothes and hat are the main character’s cool looks, so I like them the most. (Male, 30s)
5th place: Luigi
・I’ve always liked Luigi’s vertically elongated look, his voice, and his somewhat silly feel. I also like green, so I like the color. (Female in her 20s)
・I like visuals. I think Luigi is good because the green hat is very cute and the appearance of adventuring with Mario feels lovely. (Female in her 20s)
・Luigi is more versatile than Mario. In games, Mario can’t jump much, but Luigi can jump tremendously, so I chose Luigi. (Female in her 20s) 6th place: Bowser
・At first, he was often portrayed as a villain who kidnapped Princess Peach, but in works after Mario RPG, he became an ally in order to fight a common enemy. Because I can have a favorable impression of being very admired by the Bowser Corps. (Male, 30s)
・Because Bowser always appears as Mario’s enemy, he has a bad image, but in reality, he cares about his friends and has a kind side and a clumsy side. (Female in her 30s)
・Even though he’s a villain, he has a charming personality and comical movements. The design is scary at first glance, but the colors are cute. (Female in her 30s)
7th place: Wario
・I don’t know if it’s a good character or a really bad character, but there are games where Wario is the main character. (Male in his 40s) ・There was an old game in which Wario was the main character, and I loved it because it was fun. Even though he is a bad character, he is stupid and cute. (Male, 20s)
・I like big characters, I like dark heroes more than allies of justice, and above all, the villains in the Mario series have their own personality and charm. (Male in his 40s)
8th place: Daisy
・I like Teresa the most…lol. If not, choose Daisy! She looks like a supporting character, but she’s easier to use than Peach, so if Teresa isn’t there, I’ll use Daisy. (Female in her 20s)
“Daisy” was the result of 8th place.
Some people like him, but I think there are many people who don’t know him. summary
In a survey of 100 people, 35.0% answered “Yoshi”.
Also, as reasons for responding, there were many opinions such as because it looks cute and because it is convenient as a character. You can see that characters like Yoshi and Kinopio are more popular than human characters.
Please refer to it when playing Mario series games.
■ Related articles
[Review] What is the target age? Thorough explanation from how to play Yoshi’s Craft World to evaluation! !
https://sublogg.com/yossy-craftworld/
A complete explanation of how to start Titan Hunters in 8 steps! https://sublogg.com/subgame/titan-hunters-start/
How high can you level up Calo Run? Summary of cost and time necessary for level up!
https://sublogg.com/subgame/calo-run-level/
■ About Review Co., Ltd.
We operate the information site “Sublogg (https://sublogg.com/)” that is useful for daily life.
We also operate a YouTube channel, manage owned media, and operate a personal gym.
■Company Profile
Company name: Review Co., Ltd.
Location: GS Sakae Building 3F, 5-26-39 Sakae, Naka-ku, Nagoya City, Aichi Prefecture
Representative: Satoru Toda, Representative Director
Established: January 5, 2022
Capital: 1 million yen
Business description: Operation of web media
URL: https://jafmate.co.jp/
Details about this release:
https://prtimes.jp/main/html/rd/p/000000357.000093294.html 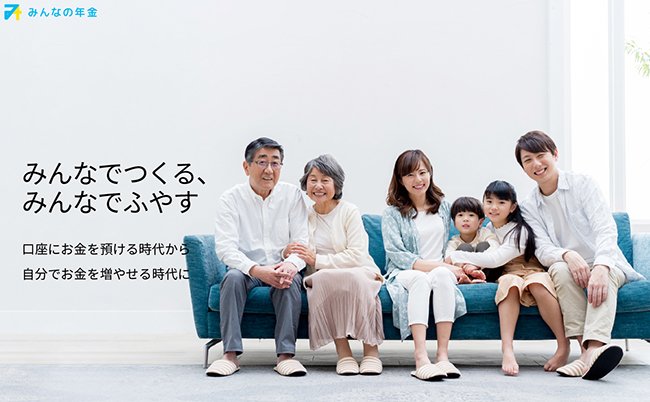