KADOKAWA CORPORATION
Released on March 1, 2023 (Wednesday) Ryuta Shibuya essay “It’s a man who will fly if you blow it” has been lifted for each store!
KADOKAWA Co., Ltd. (Headquarters: Chiyoda-ku, Tokyo, President: Tsuyoshi Natsuno) will release a new book “If you blow it, it will fly” (author: Ryuta Shibuya) on March 1, 2023 (Wednesday). . The essays that Ryuta Shibuya of the rock band SUPER BEAVER has been serializing on the Da Vinci Web
(https://ddnavi.com/serial/shibuyaryuta/) since July 2021 have been published, and the essays that have been written every month have been revised and added. It will be a book that includes revisions, new episodes, and new novels with the themes of “happiness” and “dreams.” SUPER BEAVER Ryuta Shibuya
Essay “If you blow it, you’ll fly”
[Image 1 This time, Amazon limited postcards, TOWER RECORDS, HMV, TSUTAYA (only applicable stores) bookmark designs for each store have been lifted! The Amazon-exclusive postcard has a photo taken by actor Takumi Kitamura and a message from Shibuya to those who pick up the book. Shibuya will design the bookmarks for each store at TOWER RECORDS, HMV, and TSUTAYA (only applicable stores). It is tied to the episode of the essay, and it is an illustration that will make you feel even more attached if you read the book.
* Both are limited quantity benefits, so distribution will end as soon as they run out.
Kitamura, who acted as the photographer for the Amazon-exclusive postcard, said, “I was very happy when I received the offer to shoot. I usually like to compose songs and think about the production, so I thought about how to shoot Mr. Shibuya. I was looking forward to it, but I didn’t have to do anything to convey the image, but it was good just to say, ‘Mr. Shibuya is there.’ I felt like I was cutting out Mr. Shibuya.
Reservation benefits for each bookstore
Amazon Exclusive Bonus Postcard
[Image 2 Born May 27, 1987. Vocal of the rock band SUPER BEAVER. Band formed in 2005, major view in 2009. In 2011, he left the label and started his indie activities, starting 100 live performances a year. Participated in large festivals, and held a solo performance at Nippon Budokan in 2018. In 2019, Hyogo World Memorial Hall and in January 2020, the first arena solo performance was held at Yoyogi National Stadium First Gymnasium in Tokyo. Tickets will be sold out immediately. In April 2020, the 15th anniversary of the formation, the major contract was renewed. In 2021, “I love you” was used as the theme song for the drama “If you kiss me at that time” (TV Asahi), and “You call my name” was used as the theme song for the movie “Tokyo Revengers”. The new song “Hitamuki” has been selected as the opening theme for the 6th season of the popular TV anime “My Hero Academia”, which will be broadcast on 29 stations nationwide affiliated with Yomiuri TV and Nippon TV from October 2022. Currently, they perform close to 100 live performances a year at live houses, halls, arenas, and festivals, and from October to December of the same year, they also held their largest arena tour of 8 performances in 4 cities. In addition, he shows various talents such as writing activities and TV and radio personality.
SUPER BEAVER Official Site / http://super-beaver.com/
Ryuta Shibuya Twitter / @gyakutarou https://twitter.com/gyakutarou Ryuta Shibuya Instagram / @gyakutarou https://www.instagram.com/gyakutarou/ Book information
“He’ll fly if he blows.”
Price: 2,200 yen (body: 2,000 yen)
Release date: Wednesday, March 1, 2023
Specifications: 46 size, normal production, 256 pages
ISBN: 9784048971058
Issued by: KADOKAWA CORPORATION
https://www.kadokawa.co.jp/product/322105000867/ 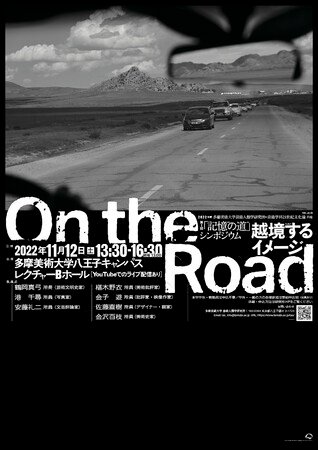