KLab Co., Ltd.
The second edition will be held due to its popularity! A New Year campaign where you can win an original QUO card Pay for the new game “Kanahei’s Small Animal Pisuke & Rabbit’s Excursion”!
-The visual of the game’s original character is unveiled for the first time! ~
KLab Co., Ltd. (Headquarters: Minato-ku, Tokyo, President: Hidekatsu Morita, hereinafter “KLab”) celebrates the New Year with the new game “Kanahei’s Small Animal Pisuke & Rabbit’s Excursion” scheduled to be distributed in 2023. We will hold a New Year campaign.
Following the popular first round of this campaign, we will present an original design QUO card Pay to 50 people by lottery!
To participate, simply follow the official Twitter account
(@kanahei_ryokou) and retweet the campaign tweet posted from the official Twitter account!
You can see the lottery results on the spot, so please feel free to participate. [Image 1

*This campaign will be conducted using Twitter. A Twitter account is required to participate.
* You can check the winning announcements and prizes from the relevant URL on Twitter.
Please check here for details of other campaigns.
https://social-camp.com/vpUTTNtZMcMcjjjD6pzPjQ
Game original character introduction! Fluffy and cute ghost rabbits! [Image 3

▲Dororo (brown), Hugh (white)
We will unveil the game original characters that appear in “Kanahei’s Small Animal Pisuke & Usagi’s Excursion” for the first time. small rabbit ghost
Little Rabbit Ghost Dororo and Hugh
A small rabbit ghost that wanders around.
Okubyo Tororo and the curious Hugh are always good friends.
You might play pranks on Pisuke & Usagi?
*Illustration is under development.
What is “Kanahei’s Small Animal: Pisuke & Usagi’s Excursion”? Kanahei’s characters [Pisuke & Usagi], who are very popular in stamps and SNS, are very active in this relaxing travel idle game.
Kanahei’s original game character will also appear!
The game is so easy! Just send Pisuke and Usagi on a trip and wait for them to come back.
This is a neglected game that anyone who doesn’t usually play games can play with peace of mind.
Please fully enjoy the world of small animals of Kanahei♪
Official Twitter: https://twitter.com/kanahei_ryokou
-Travel System-
Giving Pisuke and Usagi their favorite belongings, they take a short trip to all 47 prefectures of Japan!
Pisuke and Usagi may go to this or that place you know?
You can bring a rare commemorative photo or get souvenirs such as local gourmet food!
-decoration-
Decorate your room with various souvenirs (small items) and furniture you got on your trip!
Various small animals will also appear in the room ♪
Sometimes a special small animal will appear and give you an item… [Image 4

* The screen is under development.
About Kanahei
Illustrator and cartoonist.
It became a boom nationwide from illustration distribution for galaphone, In 2003, she made her professional debut as a high school girl illustrator at “Seventeen” (Shueisha).
Since then, he has continued a wide range of activities such as publishing, mobile content, corporate advertising, character collaboration, and manga serialization in “Ribon” (Shueisha), and has many fans, mainly men and women in their 20s and 30s.
The “Kanahei Small Animals” series centered on “Pisuke & Usagi” has been sold both in Japan and overseas, and has won many prizes, including the Grand Prix, at awards sponsored by LINE.
Service overview
Title: “Kanahei’s Small Animal Pisuke & Usagi’s Small Trip”
Genre: Casual idle game
Play fee: Basic play free (with in-app purchase)
Official Twitter: https://twitter.com/kanahei_ryokou
Copyright notice: (C) kanahei / TXCOM
(C) KLabGames
*Apple and the Apple logo are trademarks of Apple Inc. registered in the United States and other countries.
App Store is a service mark of Apple Inc.
*Android, Google Play, and the Google Play logo are trademarks of Google LLC. *Other company names, product names, and service names are trademarks or registered trademarks of their respective companies.
Details about this release:
https://prtimes.jp/main/html/rd/p/000000681.000006348.html 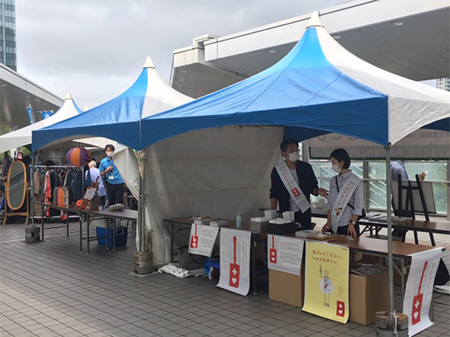