Ranaluta Co., Ltd.
The popular men’s hair removal “Men’s hair removal gram”, which costs 1,000 yen for the first time, conducted a survey of 100 20-year-old men in Tokyo and Gunma Prefecture who had come-of-age ceremonies! ! Awareness survey on hair loss!
A 20-year-old man has a high sense of beauty! ? hello everyone.
Influenza was prevalent during the year-end and New Year holidays, and many people may have caught a cold.
There are many people who start new things in January after the new year. Last year, I found that there was a high interest in hair removal among young people.
Therefore, we conducted an awareness survey on hair loss among 20-year-old men who are new adults!
Survey outline
Research Subject: Ranaluta Co., Ltd.
Survey content: Awareness of hair loss
Survey target: 100 20-year-old males
Number of valid responses: 100 people
Survey method: Street survey (in-house research)
Survey period: January 5, 2023 to January 15, 2023

Q1.What do you think of when you hear the word beauty? When asked, [Image 2 1st place beauty salon
2nd place Hair removal
3rd place body cream
(others)
・Supplements
·oil
This is the result.
Not only beauty salons but also hair removal ranked in associating with beauty. Recently, the number of people who are called hair removal boys is increasing. It may be that the time has come when not only women but also men will lose hair.
The number of beauty salons that have epilators is increasing, which may be one of the reasons why it was ranked.
Also, there were many people who did muscle training, so supplements were also raised.
Q2.Have you ever had hair removal? When asked,
[Image 3 ・ Still doing it now 18%
・ I have done it (including experience) 58%
・ I have never done it 24%
This is the result.
It turns out that 20% of the total are still going to hair removal, and 60% are interested and have experienced it.
It was found that 80% of the total people were interested in hair removal, and that they had a high awareness of beauty.
Q3.Which part did you remove hair from? When asked,
[Image 4 1st place beard hair removal
2nd place leg hair removal
3rd place arm hair removal
(others)
·side
・V line
・O-line
・Chest
·back
This is the result.
The first place was by far the “beard hair removal”!
Due to the influence of the new coronavirus, people were forced to wear masks, but some people said that they began to worry about the hair around their faces as it was eased a little.
The second place was “leg hair removal”!
There are many people who wear shorts in the summer, and there were people who first removed the hair just below the knee instead of the whole leg.
3rd place was “arm hair removal”!
There was a person who started to notice it while driving a car or because the arm is the part that can be easily seen, and started to worry about it and decided to remove the hair.
Q4. I have a question for those who have had “beard hair removal”. What was the reason? When asked,
・Since shaving every morning is troublesome
・Because I was worried about the blue beard
・Because I was told by the opposite sex
・Because the skin has become rough due to razor burn
And so on.
I found out that there are many people who started hair removal to save the trouble of shaving when they are busy in the morning, and many people who have hair removal not only for themselves but also for the opposite sex.
I also found out that many people start removing hair to prevent razor damage and rough skin because the blade is applied to the skin. Q5. I have a question for those who have had “leg hair removal”. What was the reason? When asked,
・Because smooth people looked attractive when doing muscle training ・Because I was embarrassed to wear shorts because my body hair was thick. ・Because there was a lot of hair loss and I felt uncomfortable with the hair falling in the room
・Since self-processing is troublesome
・Because when I took off my skinny, my hair was irritated.
And so on.
There was a voice that I started to lose hair because I was doing muscle training and looking at my body more often.
Also, there were many people who had a complex about not being able to wear shorts in the summer, and there were even people who were able to wear shorts after starting hair removal.
There is also a voice that wants to use time effectively without the hassle of self-processing, and it is a feature of hair removal that various troubles can be solved!
Q5. I have a question for those who have had arm hair removal. What was the reason? When asked,
・Because she told me while driving
・Because I felt uncomfortable when I saw a friend who was equally dark ・Because I was worried when I became short-sleeved in the summer ・When I saw a store clerk without arm hair, I thought it would be nice to have a sense of cleanliness.
・Since self-processing is troublesome
was the answer.
Arm hair is one of the most visible parts of the body, so many people said that they were told to do so while driving.
I wonder if women look at the same thing, but it seems that the place where the eye suddenly comes is the hair on the arm.
There was also a group of men who felt uncomfortable when they saw a friend who had the same amount of hair and started removing hair together.
About 80% of new adults are interested in hair removal! ?
Approximately 80% of 20-year-old men have or have had hair loss, which shows their high aesthetic sense!
2.3 years ago, not even 10% of men had hair loss, but in the last 2.3 years, about 80% of men are interested in hair removal.
Is it because women’s hair removal has become standard,
Since the hair on the beard, legs, arms, etc. is easily visible, there were many people who were told by the opposite sex that they began to be interested in hair removal.
Features of #men’s hair removal gram
[Image 5 #Men’s hair removal gram incorporates the latest NPL hair removal method. It is effective not only for black and strong hair, but also for downy hair, soft hair, gray hair and blond hair, and there is no need to worry about pain or burns.
Since the bulge area closer to the skin than the hair root is approached with a gentler light than before, hair can be removed once every two weeks regardless of the hair cycle, so hair removal can be completed in 1/3 of the visit period of other salons. is the biggest feature!
If you’re aiming for perfect smooth skin without skin trouble, I recommend #men’s hair removal gram!
It is a highly recommended hair removal salon not only for the first time hair removal, but also for those who have not been able to get satisfactory results even if they go to other salons!
Introducing the latest equipment! Almost painless!
Overwhelming speed! 30 minutes for the whole body!
Completed with 1/3 the number of visits compared to other salons! No unreasonable solicitations!
The ease of making a reservation is the best!
Reservations and inquiries are easy on LINE
Those who are new to hair removal, those who are worried about unwanted hair that does not disappear, those who have strong pain, and those who do not want to take time
Leave it to #men’s hair removal gram! We will support you no matter what your concerns are, so please contact us first ������‍♀️ (Currently 1000 yen for the first time) #Men’s hair removal gram [Image 6 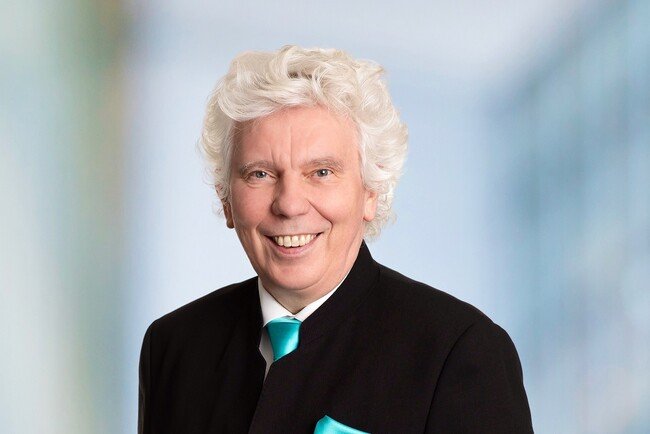