Riot Games LLC
The full schedule of “LJL 2023 Spring Split” has been announced. This weekend, Saturday, January 28th, the season will start at 17:00! From this season, it will be held every Friday, Saturday and Sunday in BO3 format. Eight teams competed for the right to participate in the world tournament “Mid-Season Invitational (MSI)” and prize money of 10 million yen

Riot Games, Inc. (U.S.)’s Japanese subsidiary, Riot Games LLC (Roppongi, Minato-ku, President/CEO Yasushi Fujimoto), is an e-sports domestic professional for the PC online game “League of Legends”. The 2023 spring season “LJL 2023 Spring Split” of the league “LJL” (League of Legends Japan League, hereinafter LJL) [sponsored by Riot Games LLC, operated by Playbrain Co., Ltd.] will be held on Saturday, January 28 at 17:00. We will inform you of the opening date and the schedule of the season schedule.
[Image 1 “League of Legends Japan League (LJL)” is the official Japanese professional league for the PC online game “League of Legends”. Since its inception in 2016, it has been implemented in two split systems, “Spring Split” and “Summer Split”, and the winning team of each split is LoL’s world tournament “Mid-Season Invitational (MSI)” and “World Championship (WCS)”. , you can participate as a Japanese national team. Professional league matches around the world, including domestic leagues, are broadcast LIVE on video distribution platforms, and anyone can watch them.
Official website: https://jp.lolesports.com/
Official YouTube channel: https://www.youtube.com/c/LoLeSportsJP Official Twitter: https://twitter.com/Official_LJL
Official Instagram: https://www.instagram.com/lolesports.jp/ LJL official store: https://official-ljl.stores.jp/
About Riot Games
[Image 3

Riot Games was founded in 2006 to develop, publish and provide player support for the world’s most player-focused games. Riot released its debut title, League of Legends (LoL), in 2009, which received critical acclaim around the world. It has become the most-played PC game in the world and a major driver of the explosive growth of esports. Now that LoL is 10 years old, Riot is continuing to evolve this work while providing players with new gaming experiences such as Teamfight Tactics, Legends of Runeterra, and VALORANT. , League of Legends: Wild Rift, and several other titles. We also continue to explore the world of Runeterra through multimedia projects such as music, comic books, and television. Riot has also launched a publishing subsidiary, Riot Forge. Riot Forge works with third-party developers to create new games set in the world of LoL. Riot Forge’s first game, Ruined King: A League of Legends Story, is a turn-based role-playing game (RPG) developed by Airship Syndicate.
Founded by Brandon Beck and Marc Merrill and led by CEO Nicole Lauren, Riot is headquartered in Los Angeles, California, and has 3,000 employees in more than 20 regional offices around the world. Riot Games Official Website: https://www.riotgames.com/ja
Riot Games Official Twitter: https://twitter.com/riotgamesjapan Playbrain Co., Ltd.
[Image 4

Playbrain Co., Ltd. is a company specializing in esports planning, branding, creative, production, event management, product development and marketing. Since its establishment in 2016 until now, it consists of members with backgrounds in a wide range of fields such as the game industry, creative industry, and marketing industry. I’m in. Since January 2019, PlayBrain has formed a long-term partnership with Riot Games LLC, operating the League of Legends Japan League (LJL) and distributing international competitions in Japanese. In addition, we are also working on services such as “FUTAROKU”, “RIOT STORE JAPAN”, and “TAIYORO”.
Playbrain Co., Ltd.: http://playbrain.com/
What is League of Legends
[Image 5 A popular online game that began service in the United States in October 2009, has over 100 million monthly active players as of September 2016, and has large-scale tournaments held all over the world. A multiplayer online battle arena (commonly known as MOBA), a 5-to-5 battle-type PC game, in which characters called “champions” operated by players compete to capture the opponent’s headquarters. Adding RPG elements to the tempo and power of RTS (real-time strategy), it is characterized by speedy development, and due to its high competitiveness, professional leagues are held all over the world as a synonym for eSports. One of the most popular tournaments in the world, the World Championship 2020 finals set an esports record with 21.8 million average online viewers per minute (AMA) Did. Content other than games such as various characters, created worldviews, images and music is also attractive, and enthusiastic community activities such as cosplay and fan art are being carried out in various places.
League of Legends Official Website: http://jp.leagueoflegends.com/ League of Legends Official Twitter: https://twitter.com/loljpofficial Details about this release:
https://prtimes.jp/main/html/rd/p/000000493.000024470.html 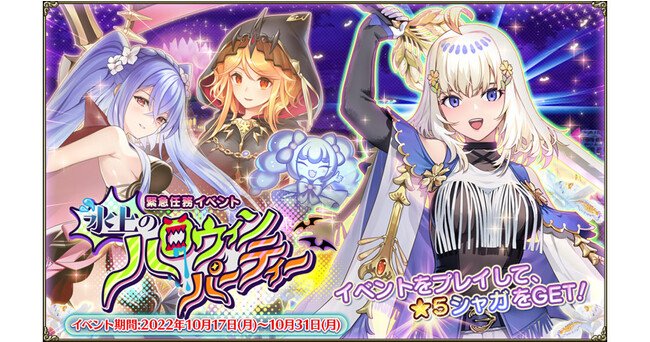