Tohokushinsha, Dentsu Creative X, Hibino, Dentsu Creative Cube, and Omnibus Japan are jointly working together to reduce greenhouse gas emissions and streamline processes in video production workflows. In order to expand the usage scene of in-camera VFX (* 1) shooting, which is one of the projects, in addition to Omnibus Japan Co., Ltd., which is responsible for CG production of this project, high-end CG production by real-time 3D production platform Unreal Engine (* 2). In collaboration with Historia Co., Ltd. and Chapter 9 Co., Ltd., which we specialize in, we have added new 3DCG background materials that are in high demand and released them on our website on January 18th. [Image 1 A total of 13 types of 3DCG background materials have been added this time, including restaurants, showrooms, the streets of London, and cathedrals, centered on locations with high usage needs such as offices and high-rise buildings. All materials are developed with Unreal Engine 4, support in-camera VFX shooting, and can be used as a PX service [Virtual House Studio] provided by Metaverse Productions. In addition to Omnibus Japan, which is in charge of CG production at “Metaverse Production”, CG production is Historia Enterprise, a non-game unit of Historia that plans and produces games and digital content as a game developer specializing in Unreal Engine, and architectural visualization. Chapter 9, who is good at and has been working on virtual production shooting from an early stage, is in charge. In addition, in anticipation of the provision of 3DCG background materials by Unreal Engine 5 released in April 2022, we have received technical support from Historia, and have started screening and shooting tests on large LED displays from November. In the future, we will continue to deepen our cooperation with each company and actively add existing 3DCG background materials that are used in the game industry, housing construction, and housing equipment beyond the boundaries of the industry. We will strive to expand and expand PX services that lead to Production Transformation (video production transformation) so that we can continue to be selected as an option.
*1 In-camera VFX:
A virtual production method in which 3DCG materials and images are projected onto a large LED display as a background and shot
simultaneously with the subject in front of the LED. The position of the camera is tracked in real time, and by combining it with synchronized real-time rendering video, the background CG changes to follow the camera work, making it possible to shoot video in the studio as if the subject were in the actual location. .
*2 Unreal Engine:
A real-time 3D creation platform developed by Epic Games to create photorealistic visuals and immersive experiences. It is used in various industries such as game development, architecture and video. 3DCG background material added to the lineup of PX service [Virtual House Studio]
OJ library
[Image 2

(Reference) Unreal Engine 5 test material: We aim to start using it in the first half of 2023
[Image 4

[Video 4: https://prtimes.jp/api/movieim.php?url=www.youtube.com/watch?v=R4ouSMLWd5A] *Both videos only, no BGM
Comments from people involved in screening and filming tests Riyo Haga (Video Director, Dentsu Creative X)
Unreal Engine 5 is expected to dramatically improve the quality of lighting and when you get close to it, so we have started testing LED screenings with in-camera VFX. In the screening and shooting test of the 3DCG background material produced by Mr. Historia, not only was it possible to project the “Market of Light”, which was created with approximately 4.9 billion polygons in detail, on a large LED display without any problems, I was even moved when I was instantly switched to the night scene. When Unreal Engine 5 is actually introduced, the ability to respond on-site will increase dramatically, and the range of expression will expand even further. In the future, it will be important to place virtual extras within the 3DCG background. Shun Sasaki (President of Historia)
“Nanite”, which expresses infinite polygons equipped with Unreal Engine 5, and “Lumen”, which enables dynamic lighting, have greatly evolved the era of real-time rendering. Since it has become possible to fully express a vast field, it has become technically possible to create a city in advance and select a location in real time on site. In addition, by using MetaHuman Creator and RealityScan, which are provided in cooperation with Unreal Engine, you can easily generate digital extras and incorporate real objects into 3D scenes with a single smartphone. In these days when the boundary between virtual and real is melting like this, in-camera VFX can be said to be at the forefront of the evolution of the times.
Motomi Kobayashi (CTO/Cinematographer for Chapter9)
Compared to Unreal Engine 4.27, which I have been using so far, I feel that the number of playback frames is clearly secured even for high-definition background assets, which is largely due to the addition of “Nanite” from Unreal Engine 5. I placed about 30 volumetric passers-by and moved them, but I still feel the possibility that the playback speed is maintained. For lighting as well, until now, we had to apply a baking process that pre-writes some shadows and base lights in the background, but thanks to the new function “Lumen”, that need has decreased. However, I’m happy to be able to create lighting in the virtual world with the same feeling as in the real world. It’s creative that the realistic lighting of the subject and the ambient lighting of the CG come together at the shooting site. *3 Nanite:
A high-performance system that renders 3D models efficiently and quickly. *4 Lumen:
A system that performs real-time lighting calculations that take into account indirect light and reflections.
About Historia Enterprises
[Image 6 We are the enterprise production team of Historia Inc., a software development company that specializes in Unreal Engine. Through technical cooperation with the game development team of Historia Co., Ltd., we sell and develop software for various industries such as the automobile industry, broadcasting/video industry, construction industry, and other manufacturing industries.
https://historia.co.jp/enterprise/
About Chapter 9 Co., Ltd.
[Image 7 Established in 2021 with the aim of providing new visualization by fusing the different industries of architecture and video.
Participated as background production and photography technology for CM, MV, program OP, etc. using LED InCameraVFX. In the field of architecture, we are actively introducing next-generation energy, such as in the renovation of public facilities.
https://www.chapter09.com/
About Metaverse Productions
[Image 8 A four-company joint project by Tohokushinsha, Dentsu Creative X, Hibino, and Dentsu Creative Cube. Looking ahead to the future where video production will be completed within the Metaverse, we are promoting the spread and promotion of virtual production shooting (in-camera VFX) and the development and provision of various services. https://metaverse-px.com/
Details about this release:
https://prtimes.jp/main/html/rd/p/000000001.000113633.html 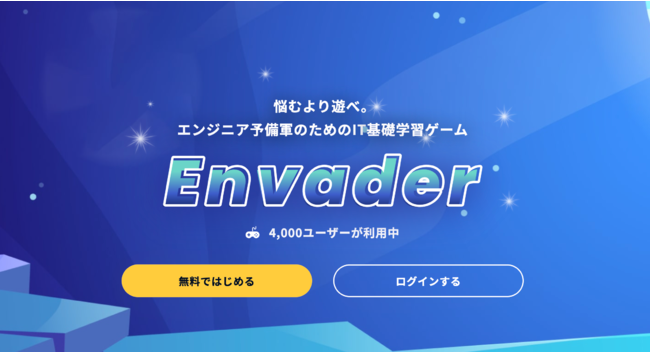