KADOKAWA CORPORATION
“My Happy Marriage” movie ticket advance ticket sales decision! You can only read it here! A campaign will also be held where you can read the spin-off short story written by the original author, Mr. Tsujiki, exclusively for purchasers!

Movie Walker Co., Ltd. (President: Atsuyuki Igarashi) will release advance tickets for “My Happy Marriage” (released on March 17 (Fri)) from February 4 (Sat). In addition, we will also carry out a campaign where you can read a special spin-off short story written by the original author, Mr. Jingi, for those who have purchased advance tickets for the movie ticket.
[Image The serialization started on Japan’s largest novel posting site “Let’s become a novelist”, and when the novel and comic were published in 2019, it quickly attracted attention, and the cumulative circulation of the series was 5.5 million copies (2022). As of December / including comics and e-books), “My Happy Marriage”. Set against the backdrop of an era reminiscent of Taisho romance, the heroine, who was born into a family with a certain destiny and has been oppressed by her family because of her lack of ability and upbringing, meets a man who believes in her and loves her, and loves him. , is the love story that is currently attracting the most attention as it opens up a new destiny.
The main character, Kiyoka Kudo, will be played by Ren Meguro (Snow Man), who has attracted a lot of attention in “silent” and is making her first solo lead role in this work. Along with Mio Imada, who plays the heroine Miyo Saimori, we will carefully spin the love story of the fate of a closed-minded elite soldier and a tragic woman. The director of this work is “Unnatural” (2018), “MIU404” (2020), “Beloved” (21), and many other popular dramas. Before the coffee cools down” (2018) was also a big hit by Ayuko Tsukahara. The image of two lonely people slowly connecting with each other is depicted with overwhelming visual beauty and a one-of-a-kind view of the world. The other day, the theme song “Tapestry” sung by Snow Man was released, and the lyrics linked to the movie along with the melody reminiscent of the Taisho romance remained in my ears. has been received, and expectations are rising. If you purchase advance tickets for the movie “My Happy Marriage”, which is on sale this time, you will get a copy of the feelings of Kiyoka’s point of view, which are not drawn in the original or the movie, but are written especially for this time by the original author, Mr. Jingi. Comes with a privilege to read the “side Kiyoka” spin-off short story. Before watching the movie, of course, after watching the movie, you can read it again and again during the campaign period.
Also, if you purchase one of the original novels 1 to 6 of “My Happy Marriage” at a bookstore and read the barcode of the receipt and the book with the KADOKAWA app, you will be paired with “side Kiyoka”, and you will be able to see the feelings from Miyo’s point of view. A campaign where you can read the short story of “side Miyo” depicting is also decided. The campaign period is limited from February 4th (Sat) to May 31st (Wed), so read the short story and then watch the movie, or watch the movie and then read the short story. Or …, please take this opportunity to get a movie ticket and enjoy the world view of “Watakon” even more deeply!
■ How to participate in the campaign
After purchasing the target movie ticket advance ticket, access the special site and enter the movie ticket purchase number and PIN to view the “side Kiyoka” spin-off short story specially written by the original author, Mr. Tsujiki.
■ Period
2/4 (Sat) 14:00 – 5/31 (Wed) 23:59
*Advance tickets for movie cards will be sold until 3/16 (Thursday) ■ Eligible ticket types
Movie ticket advance ticket (online), movie ticket advance ticket (card), movie ticket advance ticket (convenience store)
■ Scheduled opening date of the special site
*Scheduled for 2/4 (Sat) 14:00

Released on March 17 (Friday) “My Happy Marriage” work introduction ■ Story
Modern Japan is a country with a remarkable civilization and enlightenment. Miyo Saimori, the daughter of a prestigious family who owns a mansion in the Imperial capital, has been treated like a servant while being oppressed by her stepmother and sister-in-law since her biological mother died early. Giving up on everything and enduring her life day by day, she was ordered to make a further blow by marrying Kiyoka Kudo, a soldier rumored to be ruthless and merciless. Due to the notorious reputation that many fiancée candidates fled in less than three days, Kiyoka coldly tells Miyo at their first meeting.
“You must do what I say here. If I tell you to leave, get out. If I tell you to die, then die—”
However, Miyo, who doesn’t even have a place to escape to, is confused, but as she spends her time at the Hisado family, she realizes that Kiyoka is not actually a cold-hearted person. And Kiyoka also feels that Miyo is different from her previous fiancées who have been courting her because of her appearance and family background, and gradually opens up her tightly closed heart.
The two of them gradually connect with each other. However, around that time, mysterious attacks occurred one after another in the surrounding area, and eventually, it became a situation that threatened the entire imperial capital. And a harsh fate awaits Kiyoka and Miyo…
■Overview of the work
TITLE “My Happy Marriage”
Starring: Ren Meguro (Snow Man) Mio Imada
Keisuke Watanabe Ryusei Onishi (Naniwa Boys) Oshiro Maeda Akari Takaishi Yuki Kogoshi Arata Sato (IMPACTors/Johnny’s Jr.) Takumi Nishigaki Shouta Matsushima Hiroto Takahashi / Ryo Tamaki Ryoko Kobayashi Manabu Hamada
Mirai Yamamoto / Sayaka / Yusuke Hirayama Tsutomu Takahashi Kenjiro Tsuda / Ukon Onoe
Shohei Hino Renji Ishibashi
Director: Ayuko Tsukahara (movie “Before the coffee gets cold” / TV drama “Moai” “MIU404” “Unnatural”)
Screenplay: Tomoe Kanno (“She in the Sun”, “The Asada Family!”, “The Door to Summer – To the Future with You”)
Theme song: Snow Man “Tapestry” (MENT RECORDING)
Original: Akumi Agitogi “My Happy Marriage” novel 6 volumes already published (Fujimi L Bunko/KADOKAWA)
*Comicalization: Original work by Akumi Jingi / Manga by Rito Takasaka / Original character design by Tsukiho Tsukioka
4 volumes already published (serialized on Gangan ONLINE/Square Enix) Production: TBS Sparkle
Production Committee: KADOKAWA Toho TBS and others
Distribution: Toho
Official website: https://watakon-movie.jp
Twitter: @watakon_movie
Instagram: @watakon_movie
Public notation: (C) 2023 movie “My Happy Marriage” Production Committee Release: Friday, March 17, 2023
[Inquiries regarding this matter]
Moviewalker Inc. mw.public.relations@movviewalker.co.jp 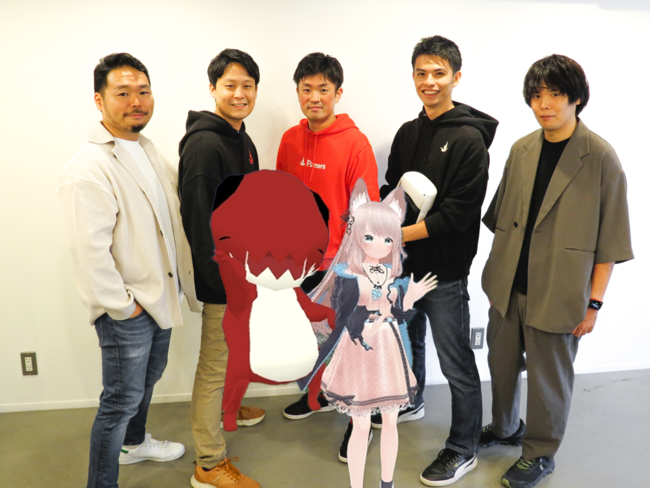