Agency for Cultural Affairs
[New National Theatre, Tokyo] “This world is all a joke-a yell to life from the opera king Verdi! Performance of the finest opera “Falstaff” that makes everyone laugh lively

New National Theater (Shibuya-ku, Tokyo)’s popular repertoire “Falstaff” will appear in February. Based on Shakespeare’s The Merry Wives of Windsor, Falstaff is a masterpiece opera composed by composer Verdi at the age of 79. It is a life hymn full of overwhelming fun in both story and music. Directed by Jonathan Miller, the elaborate composition and tranquil coloration of the stage seem to have jumped out of Vermeer’s genre paintings. Fans are also looking forward to the arrival of Nicola Alaimo, who is very popular as a singer of Falstaff, to play the titular, impudent and lovable title role.
https://www.nntt.jac.go.jp/opera/falstaff/
[Image 1 From the New National Theater “Falstaff” 2018 performance Photo: Masahiko Terashi
“Everything in this world is a joke! Whoever laughs last laughs the hardest” ~ A masterpiece comedy from Verdi’s last years, laughing off life [Image 2 From the New National Theater “Falstaff” 2018 performance Photo: Masahiko Terashi
The opera king Verdi (1813-1901), who was famous for his tragedies such as “La Traviata”, “Rigoletto” and “Aida”, worked on Shakespeare’s “The Merry Wives of Windsor” and “Henry IV” at the end of his life. The best comedy “Falstaff”. Verdi’s 79-year-old work is a miracle-like masterpiece full of overwhelming fun and life philosophy.
“Falstaff” is a story centered around a pot-bellied, drink-loving, woman-loving, greedy and lovable old knight, Falstaff, and a group of cheerful and witty women and young couples. The monologue of Falstaff’s character who is forward-thinking in terms of musical uniqueness, self-centered but positive and can’t be hated, female voices x male voices x young Fenton’s first act ninet, and finale fugue with cast and chorus. , is full of exciting music that has been elaborated with precise techniques.
Among them, the grand fugue “This world is all a joke”, which starts with Falstaff and all the 10 cast members sing one after another, is a gorgeous number that is perfect for the opening, and has become a standard at gala concerts. .
[Image 4

From the New National Theater “Falstaff” 2018 performance Photo: Masahiko Terashi
“Falstaff,” an anthem of human beings written by old Verdi with skill, regardless of age barriers. In his later years, the opera king, who was extremely tragic, made up his mind and left behind a superb comedy. There is no doubt that listening to this opera will make your life positive.
A moving Vermeer! The lovable and lively people
[Image 5 From the New National Theater “Falstaff” 2018 performance Photo: Masahiko Terashi
“Falstaff” is directed by Jonathan Miller, a master known for Shakespeare’s works such as British Royal Shakespeare Company and BBC video. Miller, a philosopher and a physician, was a giant of knowledge. brought to life on stage.
Vermeer is a legendary painter who has enthusiastic fans all over the world, partly due to the rarity of his work, which has only about 30 works. The tranquil tones, the treatment of light and shadow, the paintings on the tiled floor and walls, the interior decoration such as furnishings, the meticulously calculated stage composition, the costumes, and the nuanced figures of the Jonathan Miller edition. Falstaff” has plenty of elements that Vermeer fans cannot miss. Please enjoy “Moving Vermeer” “Falstaff” at the theater.
The very popular baritone Araimo makes his first appearance at the New National Theatre, as Falstaff as his specialty!
[Image 7 Nikola Alaimo
In the title role, the popular Italian baritone Nicola Alaimo, who has toured opera houses around the world, will make her long-awaited debut at the New National Theatre, Tokyo! Falstaff has sung at La Scala, the Metropolitan Opera, and other venues around the world. This is the first time for Araimo to perform in an opera in Japan. I’m looking forward to seeing her gorgeous voice and dynamic acting.
Alice’s unparalleled technique and expressiveness have led her to successive successes in major theater performances as a soprano, Roberta Mantegna, and Mrs. Quickley have been active in European and American opera houses, especially Rossini, and have also been acclaimed in baroque and early music. Marianna Pizzolato, who has a high reputation, and Ford, a rising star from Mexico, Jorge Espino. Mrs. Meg Page will be played by Aya Wakizono, who rose to stardom in Italy and captured the attention of Japanese opera fans with “Cenerentola” last year. Conducted by Italian opera virtuoso Corrado Lovaris.
[Image 8 “Falstaff” Cast
A total of 692 people under the age of 18 will be invited to this performance for free by the Agency for Cultural Affairs’ “Children’s Cultural and Artistic Activity Support Project”!
The children’s cultural and artistic activity support project is a theater and music activity support project in view of the situation where many opportunities for children to appreciate and experience cultural arts in theaters and music halls are being lost under the influence of the new coronavirus infection. We support initiatives that allow children under the age of 18 to appreciate performance arts held in halls, etc., for free. “Falstaff” Children’s invitation seats can only be applied for from elementary school students to 18 years old on the day of the performance.
[Reception method]
First-come-first-served basis from the dedicated sales web page (limited to one per person)
https://nntt.pia.jp/ticketInformation.do?eventCd=2204639&rlsCd=032 Falstaff Story
[Image 9 New National Theater Opera Palace
As Japan’s only national theater dedicated to contemporary performing arts, the New National Theatre, Tokyo produces and presents opera, ballet, dance, and theater performances, as well as trains artists. In September 2018, the world-famous conductor Kazushi Ono was appointed as the artistic director of the opera department, and about 10 opera performances a year are performed at a level comparable to that of the world’s major opera houses. We are implementing.
In October 2022, the New National Theater will celebrate its 25th anniversary. Location: 1-1-1 Honmachi, Shibuya-ku, Tokyo
https://www.nntt.jac.go.jp/
[Inquiries from customers]
New National Theater Box Office 03-5352-9999 (10:00-18:00)
Details about this release:
https://prtimes.jp/main/html/rd/p/000000555.000047048.html 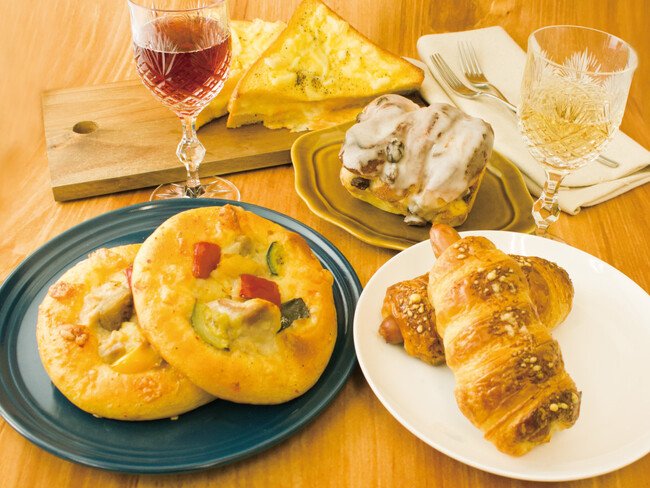