SKYE (Shigeru Suzuki, Rei Ohara, Tatsuo Hayashi, Masataka Matsutoya), a large rookie band SKYE (Shigeru Suzuki, Rei Ohara, Tatsuo Hayashi, Masataka Matsutoya), whose debut album was released by all the members, released today the first live tour video “SKYE TOUR 2022”. This work includes three special guests, Yumi Arai, Tamio Okuda, and Ami Ozaki, who are closely related to each other, and records the final performance of the tour held in Tokyo, Nagoya, and Osaka. In addition to SKYE’s outstanding performance and original songs, SKYE performed Yumi Arai’s “Graduation Photo”, Ami Ozaki sang “My Pure Lady”, and Tamio Okuda sang representative songs such as “Wandering”. In addition, Yumi Arai and Ami Ozaki’s lower name is “Amiyumi”, so there is a surprise that Tamio Okuda sings a medley of PUFFY, which was produced by Tamio Okuda, and SKYE’s representative song
“ISOLATION”, Okuda Tamio’s “Mashimaro”, Ami Ozaki’s “Angel’s Wink” provided to Seiko Matsuda, and Yumi Arai’s “14th Moon” mashed up a session that can only be seen by this member. You can enjoy many. In addition, titled “SKYE OFFICIAL DIALOGUE”, a special deep talk of four people who talked about the background to the formation, secret stories of song production, etc. with master director Yukihiko Tsutsumi as an interviewer and the music video of “ISOLATION” are also included. , It is a work of fan coveted, so please take a look. 【release information】
“SKYE TOUR 2022”
On sale January 25, 2023 (Wednesday)
DVD: Product number COBA-7320~1 ￥7,700 (tax included)
BD: Product number COXA-1306 ¥8,800 (tax included)
[Image 2 ■ Rei Ohara
Born November 17, 1951 in Tokyo. I started playing the piano when I was 3 years old. While attending Aoyama Gakuin High School, he formed “SKYE” with Shigeru Suzuki and Tatsuo Hayashi, and got his first bass there. In 1972, he joined the “Sadistic Mika Band”. After that, he went to the United States and joined the “Ian McLagan Band”. He has also performed with Ronnie Wood, Keith Richards, Jim Keltner and Bonnie Raitt. Returned to Japan to participate in Ryuichi Sakamoto’s tour. Married Ami Ozaki in 1997. Since then, in addition to the rock duo “The Renaissance” formed with Gota Yashiki, he has been
energetically developing, co-starring with Tamio Okuda, Akiko Yano, and Ami Ozaki. In 1988, he released “Picaresque” as a solo album. It was selected as the best album of the year by a rock magazine. ■ Shigeru Suzuki
Born December 20, 1951 in Tokyo. In 1969, he became acquainted with Haruomi Hosono in an amateur band circle, and joined “Happy End”. Attracting attention with delicate and bold guitar work. After the dissolution of Happy End, Haruomi Hosono, Tatsuo Hayashi, and Masataka Matsutoya formed Caramel Mama (later renamed Tin Pan Alley). Participated in many recordings. At the same time, he started his solo activities. In 1975, his solo debut album “BAND WAGON”, recorded in L.A., received high acclaim. After returning to Japan, he formed “Huckleback”. In 2000, he formed “Tin Pan” with Hosono and Hayashi. He has participated in a huge number of recordings and concerts, and has been active as an arranger.
■ Tatsuo Hayashi
Born May 21, 1951. Born in Tokyo. He started playing drums at the age of 12 under the influence of his older brother. In 1972, he started working with Haruomi Hosono, Shigeru Suzuki, and Masataka Matsutoya as “Caramel Mama”. After that, he changed his name to “Tin Pan Alley” and worked with Yumi Arai, Yoshitaka Minami, Minako Yoshida, Ayumi Ishida, Eiichi Otaki, Akiko Yano, Tadashi Kosaka, and Izumi Yukimura. In the 70’s, he was active in bands such as “Parachute” and “Aragon”, but stopped his music activities in the mid-80’s. In 1996, she resumed her activities with “Yumi Arai The Concert with old Friends”. Currently participating in works and tours by Haruomi Hosono, Tadashi Kosaka, Taeko Onuki, Akiko Yano, Ami Ozaki, and others. In February 2020, he released his first book “Tokyo Backbeat Tribe – Autobiography of Tatsuo Hayashi”.
■ Masataka Matsutoya
Born November 19, 1951. Born in Tokyo. I have been learning piano since I was 4 years old. Graduated from Keio University in 1974. Started band activities when he was a student, and formed the legendary group “Caramel Mama” with Haruomi Hosono and Tatsuo Hayashi. After playing “Tin Pan Alley”, he became involved in many sessions as a player. Married Yumi Arai in 1976. Since then, he has mainly worked as a producer, working on the works of Ami Ozaki, Mari Sugi, etc., and also arranging and directing concerts for various artists, including Yumi Matsutoya, as a comprehensive producer.
Details about this release:
https://prtimes.jp/main/html/rd/p/000002904.000019470.html 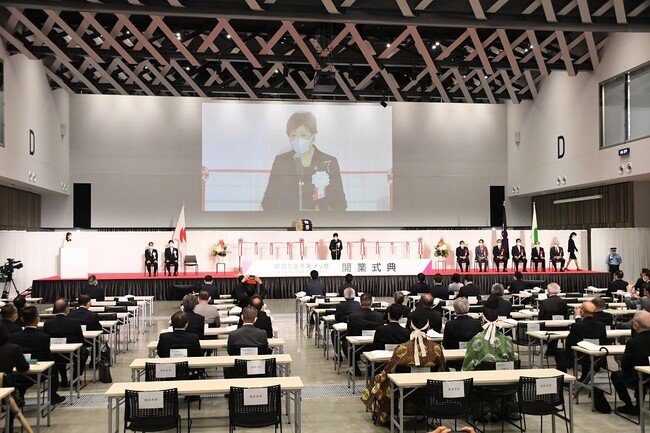