In this campaign, you can sweat comfortably, get excited about the unseen scenery at the end of the hill, and enjoy the sense of accomplishment you climbed. Focusing on the charm of “slopes” that everyone has experienced at least once, we will convey the joy of walking in the outside world through “Pokémon GO”.
The stage of the new commercial, which will be aired on Friday, January 20th, is the Fukiya district, which has prospered since the Edo period as one of Japan’s leading producers of copper and red iron oxide, and is dyed red with yellow iron oxide. Bengara is a red pigment made from a by-product of copper production. It is also used in many traditional crafts that Japan is proud of, and is also known as “Japan Red”.
Set in Fukiya Furusato Village, Pokémon such as “Hikozaru”,
“Yayakoma”, “Biriridama”, “Nyabby”, “Darumaka”, and “Charizard” will appear while walking up the slopes. The excitement of Mr. Takahata who enjoys “Pokemon GO” will be heightened. Continuing from the previous commercial, please pay attention to the appearance of Mr. Takahata speaking in the Okayama dialect, “It was a fun slope.”
In Fukiya Furusato Village, from January 20th (Friday) to July 19th (Wednesday), the former Fukiya Elementary School will set up a “Real Pokestop” with a height of about 4m, and Pokémon that appear in the commercial will be set up. We will hold an in-game linked event that will make it easier to appear in “Pokemon GO”.
In addition, at various locations in Fukiya Furusato Village, red-colored noren curtains with Pokemon silhouettes and tapestries showing the way to real PokéStops, which can only be seen here, will be on display. Please look for what kind of Pokemon you can find while enjoying the slopes in Fukiya Furusato Village.
Mr. Takahata visits a slope in Japan! “Let’s go on the slopes of Japan” 2nd CM is Okayama Prefecture!
[Image 2

The second stage of the “Let’s go on the slopes of Japan” campaign is the slope of “Fukiya Furusato Village” in the Fukiya district of Takahashi City, Okayama Prefecture.
Mitsuki Takahata in Fukiya Furusato Village, which has prospered since the Edo period as one of Japan’s leading producers of copper and red iron oxide, a red pigment made from the by-products of copper production. Mr. enjoys walking on a slope while playing “Pokemon GO”. Please also pay attention to Mr. Takahata’s colorful costumes that are conscious of red iron oxide dyeing and how he shows off the dialect of Okayama Prefecture, saying, “It was a fun slope.”
Title: “Let’s go on the slopes of Japan Okayama / Fukiya Furusato Village” Duration: 15 seconds
Broadcast start date: Friday, January 20, 2023
Broadcast area: Nationwide
YouTube: https://youtu.be/RF1ip4Yvs0Q
“Real Pokestop” Appears at Former Fukiya Elementary School! A red iron-dyed noren with Pokemon silhouettes on display is also on display.
[Image 3

From January 20th (Friday) to July 19th (Wednesday), a real Pokestop of about 4m will appear at the former Fukiya Elementary School in Fukiya Furusato Village. In addition, during the CM on-air period, if you play “Pokemon GO” near the real pocket stop, you will find “Charizard”, “Biriridama (Jade)”, “Hikozaru”, “Darumaka”, “,” related to the CM. A game-linked mini event will also be held to make it easier for Yayakoma” and “Nyabby” to appear.
Real Pokestop Location: Former Fukiya Elementary School (1290-1 Fukiya, Nariwacho, Takahashi City, Okayama Prefecture)
Real pocket stop installation period: January 20, 2023 (Friday) to July 19, 2023 (Wednesday)
In-game mini event period: January 20, 2023 (Friday) 10:00 to February 5, 2023 (Sunday) 20:00
*The period is subject to change without notice.
*Please cooperate with the manners when using mobile phones. *Please be considerate of other customers.
In addition, in various parts of Fukiya Furusato Village, there are red iron curtains with the silhouettes of Pokemon that can only be seen here, such as Pokemon that appear in commercials, “Pikachu”, “Eevee”, and “Charmander”, and real pokes. A tapestry will be displayed to guide you to the stop. If you visit nearby, please enjoy walking up the slope while enjoying encounters with Pokemon in “Pokemon GO”.
* The installation period and location of the red iron curtain and tapestry are subject to change without notice.
[Takahashi City staff comment]
Q: Please tell us what led to the implementation of this measure. Fukiya is a town that prospered from the end of the Edo period to the Meiji period as one of Japan’s leading producers of copper and red iron oxide. It is characterized by copper-colored Sekishu tiles built by wealthy merchants and red-brown townscapes. Nowadays, cafes and red-brown dyeing workshops that make use of the mansions are also popular. The Fukiya area is attractive not only for the townscape of the hometown village, which is the stage of the commercial, but also for various other places in the town. I sympathized.
Q: Please give a message to everyone participating in the “Let’s go on the slopes of Japan” campaign.
In our efforts with “Pokemon GO”, we will set up a real pocket stop of about 4m at the former Fukiya Elementary School, which was used as the oldest wooden school building until the school closed in March 2012, and various places in the hometown village. We will exhibit the noren dyed with red iron oxide, which was specially produced for this campaign.
We hope that you will enjoy the unified red and beautiful townscape of Fukiya, which is the birthplace of the Japanese heritage “Japan Red”, along with “Pokemon GO”.
■ About “Pokémon GO”
“Pokémon GO” is a location-based game app for smartphones jointly developed by The Pokémon Company and Niantic, Inc. of the United States. Released in Japan on July 22, 2016 after being released in the United States on July 6, 2016. Currently, it is deployed in more than 150 countries and regions around the world, and has been downloaded more than 1 billion times.
“Pokémon GO” official website: https://www.pokemongo.jp/
“Pokemon GO” Official Twitter Account: https://twitter.com/PokemonGOAppJP ■ Requests regarding title names
When writing text “Pokemon GO”
*Please add an accent to the “e” of “Pokemon”.
*Please write “GO” in all capital letters.
*Please put a space between “Pokemon” and “GO”.
* Please enclose the title name in double quotation marks unless there is a special reason.
*There is no abbreviation, but it is possible to write it as “Pokemon GO” depending on the space and medium.
[Product information]
・ Title: “Pokémon GO”
・Supported OS: iOS/Android
* Depending on the terminal and OS version, it may not be possible to play. ・Selling price: Basic play free *Some items are charged.
・ Publisher: Niantic, Inc.
・Developer: Niantic, Inc.
(C) 2023 Niantic, Inc.
(C) 2023 Pokemon. (C) 1995-2023 Nintendo/Creatures Inc. /GAME FREAK inc. Pokemon and Pokemon are registered trademarks of Nintendo, Creatures, and Game Freak.
【Company Profile】
Company name: The Pokémon Company
Representative Director and President: Tsunekazu Ishihara
Business: Video games / card games / apps / video production and development / licensing business / store management, etc.
Established: April 23, 1998
Headquarters: 6-10-1 Roppongi, Minato-ku, Tokyo Roppongi Hills Mori Tower 8th Floor Company
Company URL: https://corporate.pokemon.co.jp/
Company name: Niantic, Inc.
CEO: John Hanke
Business description: Development and provision of platforms that use AR and mapping technology, and applications that use them to create game boards based on the real world (“Ingress,” “Pokemon GO,” “Pikmin Bloom”)
Established: October 2015
Headquarters: San Francisco, California
Company URL: https://nianticlabs.com/en/ 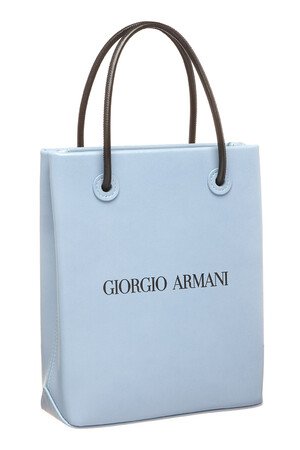