Micromagazine Co., Ltd.
[The stage is Kichijoji] A heartwarming pottery mystery presented by a female college student and a beautiful lacquer artist “Kichijoji Utsuwadokoro Lacquer Artist, Kiyono Natsume’s Case Notebook” is on sale today!
“Don’t worry, I will make sure to pass on any pottery without breaking it.”
・Mafuyu Hanamisaki, a female college student, meets Kiyono, a lacquer artist in Kichijoji, and becomes absorbed in Ekai, the art of lacquer and ceramics.
・A work that allows you to enjoy the charm of the world of pottery and lacquer art through the technique of “Kintsugi”!
・ POP images using beautiful calligraphy illustrations expressing “Kintsugi” are also released
Micromagazine (Chuo-ku, Tokyo) has released Kotonoha Bunko’s new book “Kichijoji Utsuwadokoro Lacquer Artist Kiyono Natsume’s Incident Notebook” today.
[Image 1 Kichijoji Utsuwadokoro Lacquer Artist Kiyono Natsume’s Case Notebook https://micromagazine.co.jp/book/?book_no=1470
Novel: Haruno Honami / Illustration: Yoko Tanchi
ISBN: 9784867163825
List price: 781 yen (body 710 yen + tax 10%)
Release date: January 20, 2023
A female college student meets a beautiful lacquer artist who unravels the worries and mysteries of lost people.
Hanasaki Mafuyu, a female college student who has been suspended at university after being accused of breaking a valuable art object for her research.
In Kichijoji, she meets a lacquer artist, Kiyono Natsume.
“You have your truth, don’t distort it.”
Knowing about Mafuyu’s circumstances, Kiyono talks about it and unravels the truth as if she’s seen it, but her power doesn’t stop there.
[Image 2 We also introduce impressions received from bookstores and reviewers! I love how simple it is! It was already painful because I had too much to like…!
Bonds between two women, solving mysteries, cohabitation, the scent of lilies… And Kichijoji is the stage! I still want to read it. A gentle and beautiful sister who is doing a job called “Kintsugi” that is not very familiar,
I fell in love with Kiyano-san!
Kiyono-san’s attitude towards work and her feelings towards things were very kind and cool.
And the story of connecting people with Mafuyu, not just inheriting things, warmed my heart.
I went to Kichijoji around the same age as Mafuyu.
When I remembered those days, I felt nostalgic and dazzling. A book filled with my admiration for Kiyono and my memories! (Chika Watanabe, TSUTAYA Sunlive Munakata)
A female college student suspected of destroying an artwork. A lacquer artist she meets.
It warms my heart when the two of them kindly read their feelings of caring for each other.
Lacquer artists repair chipped or cracked pottery using kintsugi. The technique does not only restore, but also increases the value of the vessel. Some relationships can crack like pottery
I thought it would be nice to be able to do repairs that enhance each other’s value like “Kintsugi”.
(Reviewer Aoi)
The relationship between Mafuyu and Kiyono is not just friendship and trust, When the two of you are alone, you will be thrilled by the luscious depiction that you can’t imagine that they are two women.
With Ms. Kiyono, who carefully repairs the pottery and splendidly connects people to people.
Mafuyu grew up at Mokuren Pottery and became Seino-san’s right-hand man, and I wanted to support both of them.
I had never seen or heard about kintsugi before, so it was interesting to see the process Kiyono-san worked on.
(Tomomi Fujiwara, Librarian, Daido University, Daido High School) About the author
Novel: Haruno Honami
Born in Aichi prefecture. Aries.
After working at a publishing company, turned to a scenario writer. Book debut with this work “Kichijoji Utsuwadokoro Lacquer artist Kiyono Natsume’s case notebook”.
I like reading and visiting museums.
Illustration: Yoko Tanji
Born in Mie prefecture. Graduated from the Department of Design, Faculty of Fine Arts, Tokyo University of the Arts.
As an illustrator, he is active in books, magazines, advertisements, and the web.
Kotonoha has a series of works in the paperback called “Golden Table”. Kotonoha Bunko “You will surely meet a story that resonates with your heart” [Image 3

A literary label for adult girls launched by Micromagazine in June 2019. The “My House is a Ghost World Rental Bookstore” series, which has sold over 70,000 copies, the “Onmyoji and Tengugan” series,
We have published various works such as the series “There is a mysterious edge”. The TV commercial narrated by Ai Nakajima is now available on YouTube! Kotonoha Bunko Official Website: https://kotonohabunko.jp/
Twitter https://twitter.com/kotonoha_mm
facebook https://www.facebook.com/kotonohaMM2
Instagram https://www.instagram.com/kotonohabunko/
TikTok: https://www.tiktok.com/@kotonoha_mm
Micro Magazine Official YouTube
https://www.youtube.com/channel/UCZpW2IEf1n4e3RpbGJpAJzg
On the official YouTube channel, videos introducing Kotonoha Bunko and “Sayonara no Mukou Side” are now available!
[Contact] release_mg@microgroup.co.jp
Details about this release:
https://prtimes.jp/main/html/rd/p/000001221.000048095.html 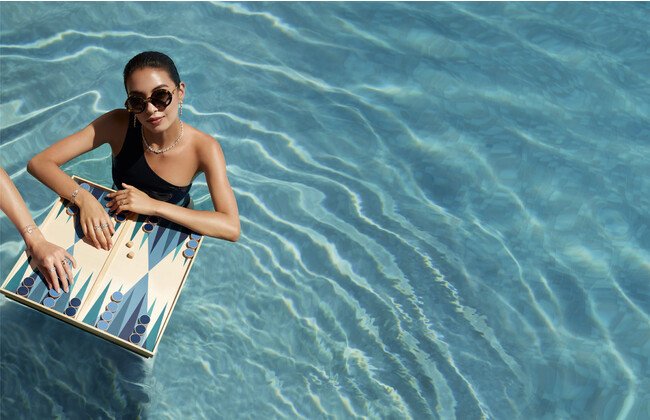