Saito, the representative of the Koyu Foundation, is a key person who is rooted in the region and drives the local economy in the project “NewsPicks Re:gion” aiming to create a new regional economic zone developed by the social economic media “NewsPicks” in July 2022. I was appointed as a “Re:gion Picker”. NewsPicks Re:gion Tokoyu Foundation has held events in Tokyo with the aim of collaborating between regions and companies and creating innovation in the region. This time, the Koyu Foundation will participate in the “POTLUCK YAESU Project” jointly planned by Mitsui Fudosan and NewsPicks Re:gion, and will participate in real places with groups and organizations that are active across existing organizations and key people all over the country. We will work together to connect and realize an innovation ecosystem in the regional economy.
・ POTLUCK YAESU: https://www.potluck-yaesu.com (teaser site) ・NewsPicks release: https://corp.newspicks.com/info/20221202 [Image 3 An event in Tokyo hosted by NewsPicks Region with guests including the heads of the three local governments and Saito of the Koyu Foundation. Features
1. Project partners participating from all over the country
[Image 4 Project partner to excite “POTLUCK YAESU” selected from all over the country 2. Holding an exhibition project that connects with people, things, and things in the region. Also an opportunity to send customers from the city to the countryside
[Image 5 An exchange lounge with a kitchen where facility users can interact freely. Scheduled to open on Friday, March 10, 2023 An online community where you can learn, grow, and create by connecting with friends working on regional revitalization all over the country
Thank you very much for participating in the “POTLUCK YAESU” project. Since its founding in 2017, the Koyu Foundation has been promoting the development of entrepreneurs from the creation of related populations, and in 2018 it was selected as an excellent example of regional revitalization by the country. Key persons who are active in rural areas may be lonely due to the characteristics of the area. Therefore, we created an online community called “Regional Creation DAO” to connect with friends across regions and learn and create new businesses. At Tokyo Midtown Yaesu, I would like to build a rich community by gathering in real life the key people of the area who I met online.
Future developments Promoting the creation of local startups by connecting cities and regions
[Image 7

Starting in January 2023, the “Local Startup School” is an
entrepreneur training cram school. Students from all over the country learn about business creation by connecting online and in real life. Saito, the representative of the Koyu Foundation, serves as the chief lecturer.
In addition to the exchange of key people who drive regional economies around the country, we will promote the human resource development project and local startup creation that the Koyu Foundation has been doing since its founding in 2017. The Koyu Foundation has actively held events in Tokyo under the themes of sustainable urban
development, food and agriculture. Among them, at the Entrepreneur Development School, 7 people moved to Shintomi-cho, Miyazaki Prefecture after taking the course, 6 of whom became Regional Revitalization Cooperation Volunteers, and many people have started businesses in the region after their term. Utilizing the network of the Koyu Foundation and experience in human resource development projects, we will promote the creation of businesses that solve social issues by connecting rural areas and cities through the planning of “POTLUCK YAESU”, which aims to be a base for regional innovation creation.
What is Koyu Community Development Promotion Organization (Koyu Foundation)? [Image 8 A regional trading company established in April 2017 by Shintomi Town, Miyazaki Prefecture, with the aim of realizing a sustainable region. Based on the vision of “the world’s most challenging city”, we earn from branding and product development centered on agricultural products such as 1,000 yen lychee, and reinvest the profits earned in human resource development. In the Shintomicho Furusato Nozei operation, which is our core business, we have recorded a total of 7 billion yen in donations over the five years from 2017 to 2021. It is helpful for improvement.
◆What is Shintomi-cho, Koyu-gun, Miyazaki Prefecture, with a population of 16,500?
[Video 2: https://prtimes.jp/api/movieim.php?url=www.youtube.com/watch?v=VQtlmSpVk7k] Shintomi-cho, Miyazaki Prefecture, is a small town with a population of about 16,500, about 30 minutes north of Miyazaki Airport by car. Greenhouse horticulture is thriving, and the area has a vast farmland that is about 460 times the size of Tokyo Dome.
▶︎Koyu Foundation website https://Koyu.Miyazaki.jp
▶︎Koyu Foundation Facebook https://www.facebook.com/koyu.miyazaki/ ▶︎ Shintomi town hometown tax portal site
・Furusato Choice https://www.furusato-tax.jp/city/product/45402 ・Rakuten https://www.rakuten.ne.jp/gold/f454028-shintomi/
・ Furunavi https://bit.ly/3uo6fSh
・Satofuru https://www.satofull.jp/town-shintomi-miyazaki/
▶︎ Examples of media coverage
Nikkei Shimbun / Nikkei MJ / Forbes JAPAN / Business Concept / Sotokoto / TURNS / Nihon Agricultural Newspaper / Zenkoku Agricultural Newspaper, etc.
▶︎ Recruitment inquiries https://www.wantedly.com/companies/company_2095377 Details about this release:
https://prtimes.jp/main/html/rd/p/000000428.000028395.html 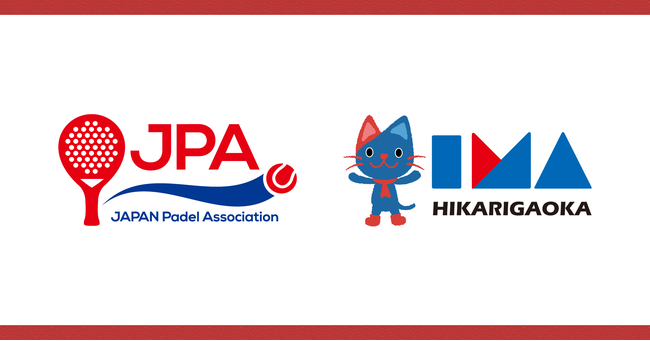