Tokyo Verdy esports
Concluded a new uniform partner contract with ZEROUM! An unprecedented challenge from Shibuya, the center of culture. We will stand up together.
From Shibuya to Japan, Asia and the world.

This time, Tokyo Verdy e-sports (home stadium: Shibuya e-Stadium, Shibuya-ku, Tokyo) has newly established ZEROUM Co., Ltd.
(Headquarters: Shibuya-ku, Tokyo, President and CEO: Yuji Wachi), a technology company from Asia. We are pleased to inform you that we have signed a corporate partner contract with
Under this agreement, it has also been decided that the company’s logo will be displayed on the collarbone (right) of the official uniform of “Tokyo Verdy e-Sports Shibuya (Verdy Shibuya)”, which will participate in the YouTube soccer league ReelZ LEAGUE, which will start in January 2023. I will let you know as well.
We are both based in Shibuya.
We will work together to create a great impact on Japan, Asia, and the world from Shibuya, which reigns as the center of culture.
[Image

ZEROUM Co., Ltd. President and CEO: Yuji Wachi Comment
ZEROUM Co., Ltd. has signed a contract as a corporate partner of the Tokyo Verdy esports team.
Since our founding, we have developed and operated creator support products such as Doneru (https://doneru.jp/) and VIRAL
(https://vir.jp/) in order to contribute to the development of the creator economy. I have come.
We have been working closely with the esports industry since the early days of the product, and have grown significantly while interacting with many esports players and game creators.
In order to contribute to the further development of the industry, we will support the challenges of Tokyo Verdy, who shares the same aspirations, although we are small.
We appreciate your continued patronage.
Tokyo Verdy eSports GM: Masahiro Katagiri Comment
Generations who do not know that “Verdy” are increasing.
From that sense of crisis, Tokyo Verdy has been working on esports earlier and seriously than any professional sports team, and has produced world champions and Asian champions in multiple titles. This time, we will enter the real soccer league where soccer influencers who are very popular with young people gather, bearing the name of “Shibuya”, which has the home stadium of the e-sports team. It is very reassuring to receive strong support from ZEROUM Co., Ltd., which is also the Shibuya headquarters and has strengths in internet technology, and to be able to take on challenges together.
Please look forward to our challenge!
Verdy Shibuya GM and Player: Hyuga Comment
Thank you very much for signing the corporate partner and uniform partner contract.
I am very happy that you have sympathized with Verdy Shibuya’s thoughts and have expectations for future growth. Verdis Shibuya has a lot of parts that started from my own thoughts, so I feel happy and more motivated.
We will wear the name and emblem of Japan’s oldest professional soccer club “Verdy” and challenge the new era soccer league. So it’s only natural to want to win.
However, that alone is meaningless for us at Tokyo Verdy eSports. Outside of the pitch, we will increase our presence on YouTube and SNS, etc., and strive to further increase the value of ZEROUM. Let’s leap forward together.
Thank you very much.
Company Profile
Company name: ZEROUM Co., Ltd. (Reading: ZEROUM Kabushiki Gaisha) (English company name: ZEROUM Co., Ltd.)
board member:
・President and CEO Yuji Wachi
・Representative Director and Co-CEO Jun-young Park
・Director, CMO and COO Katsutaka Sakuragi
・Executive Officer CTO Kaito Yamashiro
Head office location: 601 Asani Building Shibuya, 37-10 Udagawa-cho, Shibuya-ku, Tokyo 150-0042
Established: April 10, 2018
Business introduction:
With the philosophy of “Maximize the potential of people around the world with the power of technology,”
Live distribution expansion tool “Doneru”
Link profile service “VIRAL”
Creator Media “Live Trend”
WEB consulting/DX support business
We continue to provide society with unique products and services such as Corporate site: https://www.zeroum.co.jp/
Outline of ReelZ LEAGUE
Period: Sunday, January 28, 2023 to late June (6 months)
Participating teams: 8 teams
・Tokyo Verdy e-Sports Shibuya
・WINNER’S
・REVENGER’S
・GOAT United
・TOP BANG
・B&B
・Dande Lion
・SMILERS
Number of games: 7 games for each team, 28 games in total
Match time: 40 minutes (20 minutes each in the first and second halves) League official website: https://www.reelz.jp/
Sponsored by: LuaaZ Co., Ltd.
Organizer: ReelZ Co., Ltd.
Sponsored by: Soccer.com Co., Ltd.
What is Tokyo Verdy esports?
Established in September 2016 as the first J-League club and the first Japanese professional sports team to enter esports.
Since its establishment, it has focused on game titles that have a high affinity with soccer.
Starting with the national e-sports league “Japan e-Sports League (JeSL) 2017 Summer Champion”, he boasts competitive achievements such as “eJ.LEAGUE Winning Eleven 2019 Season Best 4” and “JAPAN eSPORTS GRAND PRIX Runner-up”.
In recent years, he has represented Japan in the Asian League “E-LEAGUE 2021” and the Tokyo 2020 Olympics official e-sports event “Intel World Open Rocket League Tournament”, continuing to compete on the international stage and “eFootball (TM) Championship Open”. 2022 World Finals Winner” and became the long-awaited world champion. In September 2022, we will start operating the e-sports media “e Tsuku” in collaboration with the professional sports team Nagoya OJA. In November, the Puyo Puyo Department was established.
In December, it was announced that it will participate in the YouTube soccer league ReelZ LEAGUE, which gathers influencers starting in January 2023, as “Tokyo Verdy e-Sports Shibuya (abbreviation: Verdy Shibuya)”.
With the pioneering spirit of Tokyo Verdy, he continues to take on the challenge of unprecedented activities to further popularize and strengthen esports.
■ Tokyo Verdy esports official site
https://www.verdy.club/e-sports
eTsuku | Creating the Future of eSports (Management: Tokyo Verdy eSports/Nagoya OJA)
https://verdy.club/e-sports/blog/
■ Tokyo Verdy brand site
https://www.brand.verdy.co.jp
Inquiries about partner activities
Tokyo Verdy eSports Partner Sales: Akio Takimoto
Email: esports-takimoto@verdy-club.or.jp
Details about this release:
https://prtimes.jp/main/html/rd/p/000000059.000052024.html 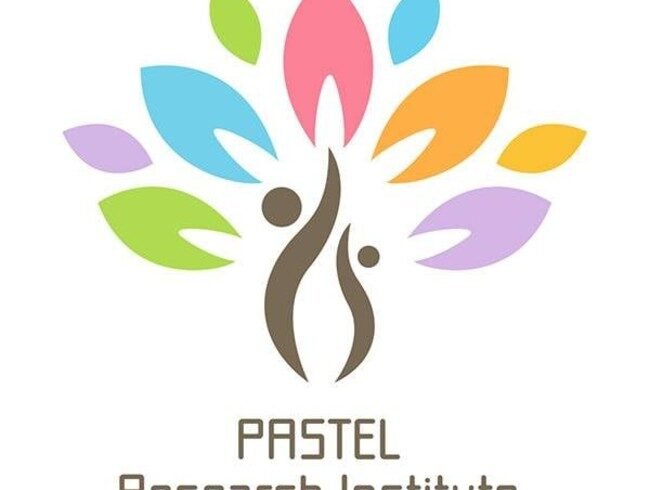