■ Ayami Nakajo is the top batter for two consecutive games. “Shizuoka Prefecture is a place that I still want to know,” appealing Shizuoka love.
“TGC SHIZUOKA SPECIAL COLLECTION” proposes sustainable new normal fashion that leads to the future.
The fashion show that marks the opening of “SDGs Promotion TGC Shizuoka 2023” is a styling show by Yui Sawada, a popular female stylist who has brilliantly colored many TGC runways with a variety of styling. We adopted a large number of earth-friendly, “sustainable” and “ethical” items and remake items for coordination, and proposed a sustainable new normal fashion that will lead to the future. The hottest top batter was Ayami Nakajo, who was the first in three years since “SDGs Promotion TGC Shizuoka 2020” for the second time in a row. Ayami Nakajo, who also appeared on the GUEST TALK STAGE, said, “I’m happy to be back in Shizuoka! (Shizuoka) is becoming like home, the food is delicious, and there are still many places I want to go. I think it’s a place that I want to know more about.”, appealing her love for Shizuoka, which is getting stronger with each event. “Before going on stage, I ate a lot of yakisoba, dumplings, eel, etc. to get my guts up.”
[Image 3

Furthermore, the number of channel subscribers exceeded 3 million last year! Following the appearance of Heisei Flamingo, a popular multi-creator who swept the trend of Generation Z in 2022, and who arranged his hair with fresh flowers from Shizuoka Prefecture … Shuichi Gonda, who belongs to Shimizu S-Pulse, the guardian deity of SAMURAIBLUE, who wrapped the archipelago in a vortex of joy. Athletes appear for the first time at TGC as secret guests! I challenged the first runway wearing snapdragons, which are characterized by their bright colors, sweet scent, and charming plump shape.
When asked about his first runway impression, Gonda said, “I was more nervous than the first match against Germany. I was really nervous because I didn’t think the runway would be this long. But it was fun! (More than during the match) I feel like I’ve done it,” he commented on his first experience with a smile of relief. Regarding walking, he said that he prepared by watching the past TGC video. Although it was the first time to co-star with Heisei Flamingo, who walked the runway together, he made TGC Shizuoka lively for the first time in three years with a pose that matched his breath. When asked to comment on the audience, he sent a message, “TGC Shizuoka 2023, everyone, Bravo!” During the post-stage talk, Heita Kawakatsu (Governor of Shizuoka Prefecture) appeared in a kimono made from Shizuoka Prefecture’s famous Enshu textile. The feeling of holding the event for the first time in three years, the charm of “Fuji no Kuni ‘Hana no Miyako Shizuoka'” where you can enjoy seasonal flowers, and the 20th anniversary of “Lake Hamana Flower Expo” scheduled to be held in 2024. We talked about the highlights of the event.
[Image 5

■Itagaki Rimitsu and Kote Shinya, who appear in the NHK Taiga drama “Dosuru Ieyasu,” appear in costumes that incorporate sustainable items.
Nobuhiro Tanabe, Mayor of Shizuoka, talks about the charm of Shizuoka. On the special stage in Shizuoka City, broadcasting will start on Sunday, January 8, 2023, and Rimitsu Itagaki and Shinya Kode, who will appear in the NHK Taiga drama “What to do with Ieyasu,” in which Shizuoka is an important stage, will perform a sustainable project. Appeared in costumes incorporating items. We talked about drama shooting site episodes and what we want to do in Shizuoka this time. In addition, Nobuhiro Tanabe (Mayor of Shizuoka City) also appeared, his thoughts on the event for the first time in three years, and the grand opening of the Shizuoka City Museum of History on January 13, 2023 (Friday) next to Sumpu Castle, which is related to Ieyasu Tokugawa. We introduced the charm of Shizuoka, which will become more and more exciting in 2023 with the NHK Taiga drama, such as the “Dosuru Ieyasu Shizuoka Taiga Drama Museum” scheduled to open in Shizuoka Sengen Shrine on Friday, March 27th.
[Image 6

■ Set goals for achieving SDGs for all fashion shows! All
participating brands will form a “circle” to promote the SDGs. ~ SDGs promotion TGC Shizuoka 2023 fashion show report that colored the runway ~ 1. The concept stage “TGC Sustaina STAGE” that TGC continues to transmit from Mynavi TGC 2020 S/S. In Japan, many brands are developing sustainable items, and now it is becoming commonplace. Levi’s (R), who strives to create products that consider the global environment with a sincere attitude for a better future, and people who plan, sell, and create international fair trade certified products since 2012 (= production Employment support, livelihood improvement, inheritance of traditional techniques, etc.), and Titicaca, which develops items that make buyers (= skin-friendly and fashionable) happy!
On the runway, the popular model Naomi Trauden, who also served as the Ministry of the Environment’s sustainability public relations ambassador, dressed in Levi’s (R) ︎ denim items made with sustainable fibers and manufacturing methods, and carefully using old-fashioned techniques and manual machines. Yuchami, dressed in an ethnic costume made of woven jacquard fabric, Hironaga Tsuna, and TGC first appearance! Koki Yamashita and other popular young actors also appeared. Together with two brands that promote sustainable
manufacturing, we promoted SDGs goals 12, 13, and 17 through fashion. [Image 7 2. At the “REUSE FASHION STAGE” by WEGO, real siblings Yoshiaki & Michi, brothers unit MORISHU, Yurina Kawaguchi, and Toara, the most notable performers of Generation Z will appear. We proposed cyclical fashion with coordination made from “old clothes” items, which is the origin of WEGO, and promoted SDGs goals 12, 13, and 17.
[Image 8 14 selected students from Shizuoka Design College will receive direct lectures on the themes and points of this season for the 4 brands from the person in charge of each brand. Create a dream time where you can experience the front line of the fashion industry and the process until the show is completed, such as costume delivery support, rehearsal observation, and experience of a fitter who puts costumes on models. We realized sustainable projects that lead to the future beyond fashion shows, and promoted SDGs Goals 4, 8, and 17.
[Image 10

5. On the stage of Shizuoka PARCO, which is located a 3-minute walk from JR Shizuoka Station, REDYAZEL and one after another NICE CLAUP, which have stores in Shizuoka PARCO and have gained tremendous support from the TGC generation, will appear!
REDYAZEL is based on the concept of “TROPICAL DECO,” and uses pastel colors, fresh coloring, and modern art patterns reminiscent of the cheerful and bright tropical deco architecture that colored America in the 1930s. However, it is layered with sheer material and offers a soft overall coordination. Kyoko Saito (Hinatazaka46), Yui Kobayashi (Sakurazaka46) and others appeared.
Endo Sakura (Nogizaka46) and others appeared on the stage of one after another NICE CLAUP, and based on the concept of “petit voyage”, it was fashionable and positive coordination that makes you want to go on a short trip or somewhere. Suggest. In partnership with Shizuoka PARCO, we promoted local events and promoted SDGs Goal 17.
[Image 12 ■ TGC first appearance! MA55IVE THE RAMPAGE’s artist live, where the local Shizuoka Salesio High School dance club acted as a backup dancer, was enthusiastic at the venue!
In addition, Girls², Da-iCE, and OWV will appear! Toua presents her first live performance!
In Part 1, Girls², a 9-member girl performance group that is very popular among teens with super catchy and danceable songs and dance performances by members full of individuality, will appear. From Girls²’s latest EP “Love Genic / Bye-Bye-Bye”, the 12th in total, “Love Genic”, “UNCOOL”, “Swipe”, which was used as the ending theme for NTV’s “Sukkiri” December Three songs of “Swipe Up” with catchy choreography were performed.
The second part started with Da-iCE’s artist live. Starting with the song “CITRUS”, which won the 63rd Japan Record Award and surpassed 300 million views for the first time in the history of a Japanese male dance vocal group, “DREAMIN’ ON”, which was appointed as the theme song for a popular TV anime, They performed four gorgeous songs, “Starmine”, which has become a hot topic with over 500 million views on TikTok, and “Kartell”.
Part 3 is a hip-hop unit consisting of 5 performers with unique backbones such as THE RAMPAGE’s LIKIYA, Kenta Kamiya, Shogo Yamamoto, Shohei Urakawa, Takahide Suzuki, and MA55IVE THE RAMPAGE artists who will make their first appearance at TGC. Start live. The third song, “Drip Drop,” was a special collaboration with the Shizuoka Salesio High School dance club as backup dancers.
This stage was announced on Tuesday, November 1, 2022. W TOKYO Co., Ltd., one of Japan’s leading entertainment companies, and LDH JAPAN Co., Ltd. formed a partnership to utilize TGC venues held all over the country. A special collaboration realized as part of a new project aiming to contribute to local communities and promote SDGs (mainly SDGs goals 3, 4, and 17) through collaboration with entertainment such as dance and local governments. MA55IVE THE RAMPAGE members and EXPG STUDIO instructors participated in the dance practice session held at Shizuoka Salesio High School and gave direct instruction. Through the development of the next generation, the creation of a dream stage where they can perform as dancers on the stage of TGC’s MA55IVE THE RAMPAGE, and an overwhelming entertainment experience, we will support the dreams of many children and at the same time achieve SDGs Goal 4 “4. We have promoted a high quality education for all.
And the boy group OWV, formed by 4 former trainees who appeared in Japan’s largest audition program “PRODUCE 101 JAPAN”, which caused a social phenomenon in 2019, will make a big appearance! OWV, which celebrated its 1000th day of formation on Saturday, January 5, 2023, performed three songs including the song “Tararam” included in the latest single “Let Go”, concluding TGC Shizuoka for the first time in three years. rice field.
In addition, the girls festival “TGC teen” produced by TGC for “Reiwa teen” has a special collaboration with the ABEMA original romance reality show “Today, I like it.” In addition to the members of the same work, which is extremely popular among teens, he made his artist debut in 2022 with the digital single “Young”, and the number of views of the music video exceeded 1 million times! Boasting tremendous popularity with free visuals and ways of thinking that are not bound by gender, and unique movements and remarks, the number of individual channel subscribers exceeds 1 million! Toua, who runs the front line of Generation Z, is here! We performed our first live performance at TGC!
[Image 14

■At the “CHANSON COSMETICS STAGE”, popular models appear with 6 patterns of make-up that match the theme.
At the stage of Chanson Cosmetics Co., Ltd., a platinum partner of TGC Shizuoka for the third consecutive time since the first event in 2019, items from the makeup brand “DONACERE” developed by Chanson Cosmetics Co., Ltd. will be used to match the theme. A popular model appears with 6 patterns of makeup. Orin, who is appearing for the first time at TGC, has a soft image “Mellow”, Hina Kagei has a cool and dignified “Dramatic”, Niki has a clean and sexy “Sensual”, and Nana Kato is pure and sweet. “Romantic” with a dolly atmosphere, Miona Hori with “Active” with a healthy and active image, and Maggie with “Mode” make-up that emphasizes femininity in strength. pulled out further. In the talk, SDGs Goal 5 “Gender Equality” was introduced through the introduction of “Saint Flora Balancing Oil”, a new product that approaches women’s unique health issues such as “hormone balance”, which was launched on the day of TGC Shizuoka. We introduced the femtech business that Chanson Cosmetics Co., Ltd. is working on in earnest in order to promote “Let’s realize this.”
[Image 15 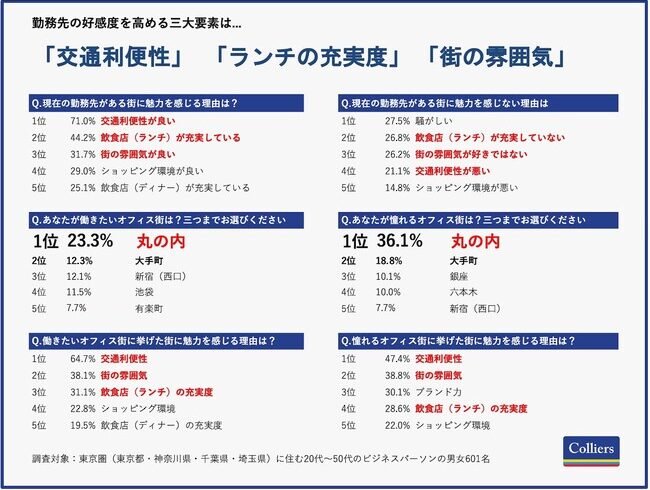