REVISIO Co., Ltd.
What is the January cool winter drama that has nailed you? Announcing the popularity ranking of the first broadcast

REVISIO Co., Ltd. (Changed company name from TVISION INSIGHTS on October 1, 2022, Location: Chiyoda-ku, Tokyo, Japan) Yasushi Koritani, President and CEO, REVISIO) has created a ranking of the degree of attention in the first broadcast of the winter drama that started in January, and analyzed the popularity trend. (High attention means the audience in front of the TV was glued)
NHK Taiga drama “Dosuru Ieyasu” and TV Asahi’s “Metropolitan Police Department Outsider” ranked first in two attributes
Focusing on the prime band, we picked up 13 dramas* from the winter dramas that started in January, and created an “Attention Ranking” for the first broadcast based on REVISIO’s unique index of attention. The difference in the drama that men and women pay attention to is clear. [Image 1 *Not all dramas are eligible
1st place: NHK’s Taiga Drama “Dosuru Ieyasu” Starring: Jun Matsumoto This is the 62nd drama commemorating the 60th anniversary of Taiga drama broadcasting. A story depicting the life of Ieyasu Tokugawa, set in the late Muromachi to Edo period. It is also ranked 1st in the female ranking, and it can be said that the support of women is high. Although the ranking for men was 3rd, it was a drama with a high degree of attention overall.
2nd place: TV Asahi’s “Metropolitan Police Department Outsider” Starring: Hidetoshi Nishijima
This drama is based on the “Metropolitan Police Department Outsider” series. The lead is Hidetoshi Nishijima, who will be the first starring TV Asahi serial drama. A suspense and comedy, romance, and revenge drama that overturns the stereotypes of conventional detective dramas. Support from men was high, and it came in 2nd place overall. 3rd place: TBS’s “Sunday Theater ‘Get Ready!'” Starring: Satoshi Tsumabuki, Tatsuya Fujiwara
A human drama about a team of unidentified black doctors who save patients’ lives by any means necessary in exchange for a large amount of compensation. A dark medical entertainment that asks the meaning of life. The degree of attention for men was high at 2nd place, but it was 8th place for women. “Old Rookie”, which will be released in July, is similarly popular with men, indicating the popularity of men at Sunday theaters.
4th place: NTV’s “Reversal Orchestra” Starring: Mugi Kadowaki A one-shot reversal musical entertainment that unfolds between the main character, a former genius violinist and city hall employee, and the eccentric maestro. It is a story of two people struggling to remodel a local symphony orchestra. 6th place for men and 3rd place for women, with well-balanced support from both men and women. 5th place: TBS’s “Friday drama ‘I should have said it a million times'” Starring: Mao Inoue Takeru Sato
Kenichi Matsuyama
This drama challenges three talented actors to co-star in a serial drama for the first time. A completely original drama centered on three people who are tossed by strange fates and try to make a miracle happen. The result was that women were overwhelmingly attracted to the “sad and warm” fantasy love story.
Reference: * The average degree of attention of the drama genre in the prime period (19:00 to 23:00) in 2022 is 62%.
REVISIO independently obtains data on how much viewers look at the TV. Viewing data is acquired every minute for TV programs and every second for commercials. We plan to continue analyzing popular TV programs and commercials in the future, so please check back.
■ Indicators used for this analysis
[Image 2

*What is attention?
It represents the percentage of people who were looking at the TV screen (fixers) among the people in front of the TV (visitors). You can see how much attention is paid to the scene.

[About REVISIO Co., Ltd.]
REVISIO Co., Ltd. changed its name from TVISION INSIGHTS Co., Ltd. from October 1, 2022.
We use human body recognition technology to acquire viewing data for TV programs and commercials, and provide viewing analysis services for BtoB. A survey device equipped with REVISIO’s proprietary human body recognition technology is installed on your home TV, and the viewing habits of survey participants are automatically acquired every second. More than 160 domestic clients, including advertisers, advertising companies, and broadcasting stations, use REVISIO’s unique attention data, which asks, “Who is in front of the TV and is watching it properly?”
Currently, in Japan, we provide viewing data for all terrestrial/MX/BS programs for 2,000 households in the Kanto area and 600 households in the Kansai area, as well as connected TV viewing data.
Details about this release:
https://prtimes.jp/main/html/rd/p/000000038.000051361.html 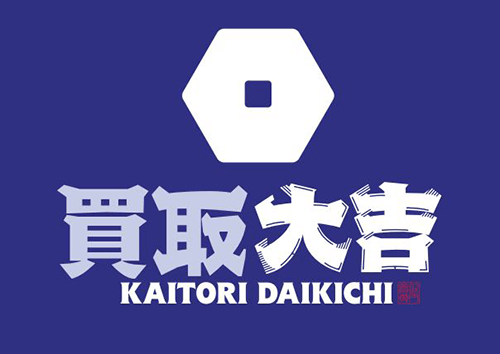